I also visited Osaka Castle on the first day. It looks beautiful and prominent to be located in the middle of Osaka City with lush greenery and water surroundings. It was a long slow walk of 20 mins from the train station to reach this amazing old castle. The weather was very cool in mid Spring, so our mood were all jovial and happily chirping like birds. 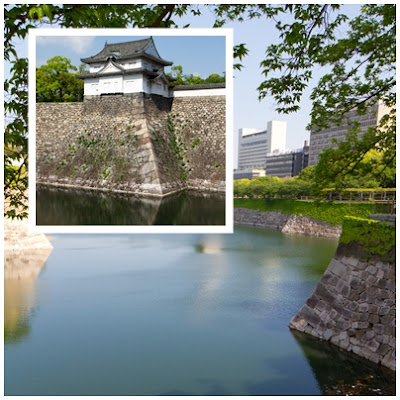 There is water all around the castle like any other typical castles or the Forbidden City in China, to keep enemies and predators at bay. There were big orange Koi fishes swimming around too. 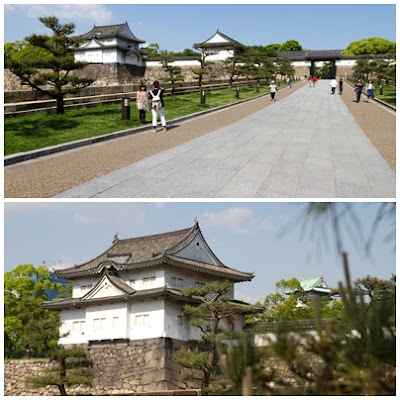 I had to walk like miles to reach the main entrance! That was how huge the castle's compound is, with a land area measuring some 60,000sq.meters !! 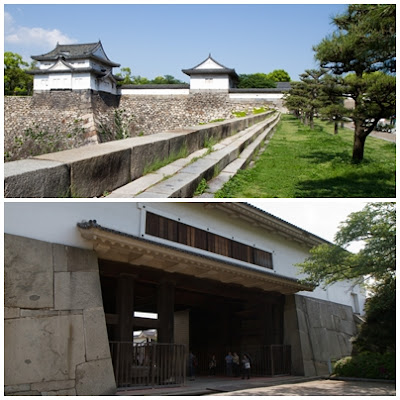 Yo! I reached the entrance at long last! 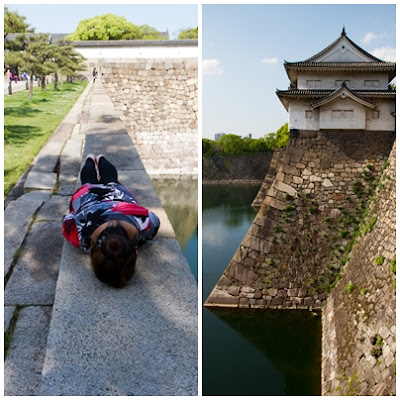 My honey was excited and started 'planking' again by the river! She could have rolled down into the river like a big Koi Fish! In case you do not know, 'Planking Photos' is a new trend these days with youngsters or weirdos who would lie flat like a fish or plank in the middle of the street, benches, graves in the cemeteries or just anywhere in such bizzare manner! Would you dare to snap such a photo to share? 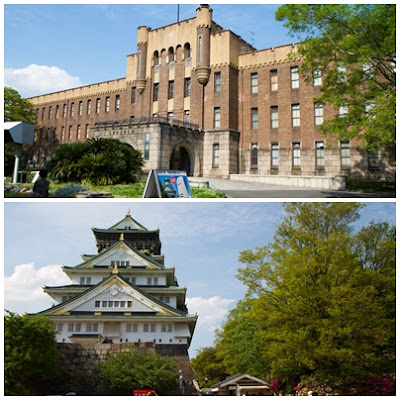 The above photo was the former museum which has been relocated to another nearby building. The 2nd photo is the Osaka Castle, taken from faraway with zoom lenses. 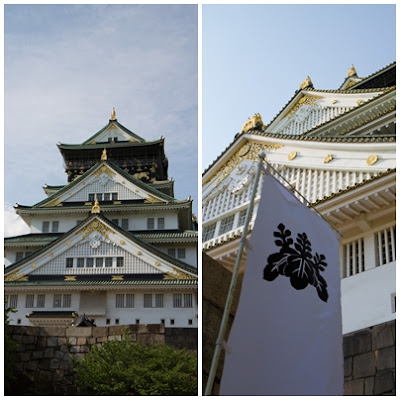 The Osaka Castle was originally built by Hideyoshi Toyotomi (1583 - 1615) and it underwent several reconstructions over the period of centuries and the last major restoration was completed in 1995 - 1997. The whole building looks majestic today with all the grandeur finishings and gold ornaments making it look like my wedding cake.

This castle site introduces the history of the Castle and shows the interior of the Main Tower, which has been renovated as a History Museum. We are not allowed to take photographs in many areas inside therefore you can only see my exterior shots. The displays inside did not impress me much as they do not have much ancient or antique artifacts to display. I think I have far more antiques collections at home which I have started blogging to share with my overseas friends. Someday when I am retired, I will sell all my heirlooms stuffs by the roadside along Jonker Street in Melaka... Come and buy from me, okay?  ha ha ha! 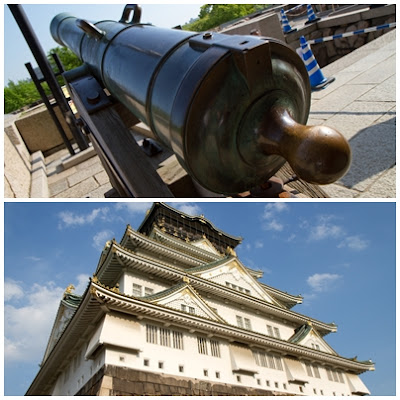 There was only 1 big and long canon sticking out prominently in the whole castle! 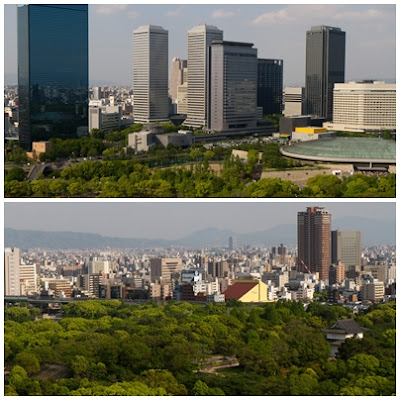 These 2 photos were taken from the top floors of the main tower which partially overlooks the Osaka City. Look at the abundant lush greens surrounding the castle's compound. 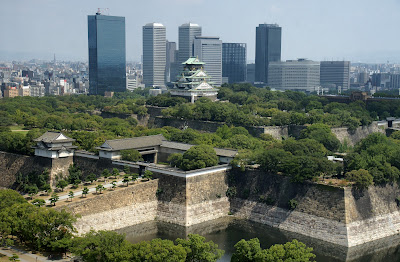 The above photo was taken from a high rise building opposite which shows the entire aerial view of the impressive vicinity at the Osaka Castle.

on June 12, 2012
Email ThisBlogThis!Share to TwitterShare to FacebookShare to Pinterest