I panicked when I read comments in my last blog from my fellow HHB friends telling me that my blog has expired as usual with cobwebs, mushrooms and moss growing. It hit my head that it is now November and I have not posted all my Japan trips which was followed by the quick retreat to Taipei. I better be quick as I will be leaving for Xian in less than 2 weeks' time after a rush weekend to Singapore.

During my week long trip to Japan in Spring, I experienced the coldest & freezing day when I visited Nara. Nara Prefecture has the distinction of having more UNESCO World Heritage Listings than any other prefecture. It has a population of approx 1.5 million people with a lush surrounding of forests and mountains, making it a naturally beautiful place to live for retirement. The downtown is small with no hectic traffic jams like Osaka. The deers roam freely along the streets in this ancient capital of Japan! Nara is such a heavenly place to relax and read books. 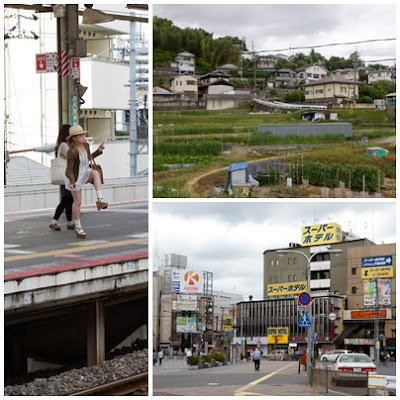 It was cold and we saw 2 Japanese ladies in sexy shorts trying to keep warm by dancing on the spot while waiting to board the train from Kyoto. The downtown of Nara had little traffic. 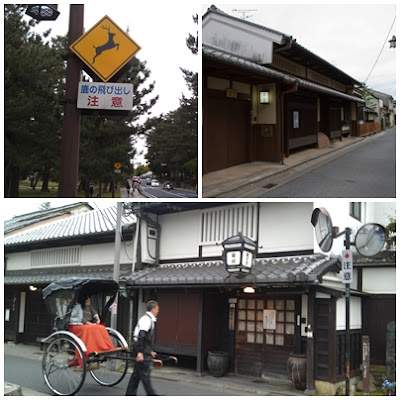 This tranquil town is a haven for deers with their road signs everywhere to give way to them. You can still see smartly dressed muscular men pulling the ancient rickshaw along the tiny lanes. I loved the feeling to stroll along the back lanes to admire every single tiny and neat houses. We all walked almost 15km that freezing day and had head colds like ice blocks! 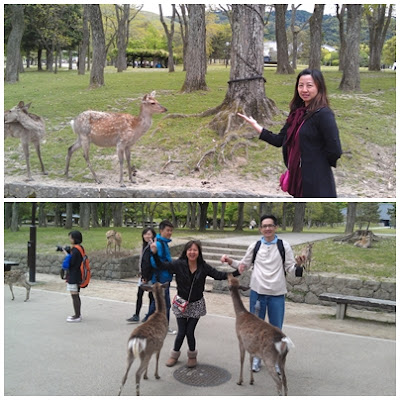 At the entrance of the famous must-visit Todai-Ji Temple, there were hundreds of deers roaming in the sprawling green parks with tall pine trees. These friendly animals greeted everyone and would rub you hungrily for food. We all bought crackers and fed them. (Above Pix) - My dear with 2 Deers.... (Below Pix) My best friend who is the country manager for OMRON went along with his wife. They also went skiing with me in Korea and they make lovely companions! 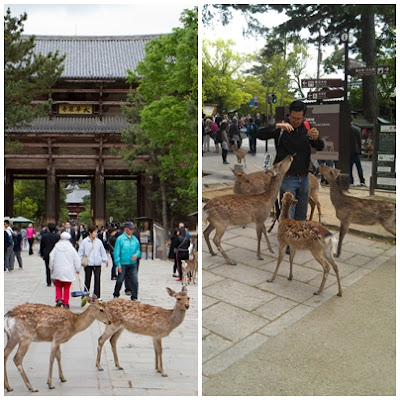 Oh Dear! Oh Deer! They all bit me hard on my buttock, legs and even front!!!! Kaneeneh! So hamsap deers! 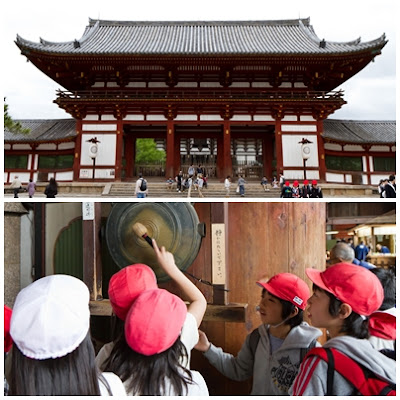 This huge Todai-Ji Temple is a popular shrine which still attracts thousands of Japanese and foreign tourists every single day! It is the largest wooden temple with the largest Buddha statue in all of Japan and was first built in year 751 before being destroyed by many fires and earthquakes over the centuries . That day, I was very amazed by the Japanese school kids. They would earnestly pray hard with clasped hands and try out anything they could lay their hands. 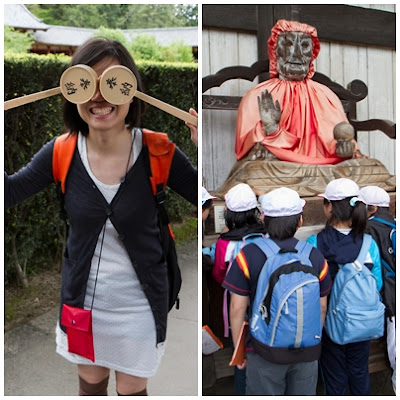 Look at the bimbo posing with the 2 wooden scoops. That is my other friend's idiot wife who created a havoc in our group of 6 and I swore never to travel anywhere with her again!.... The right pix shows the Pindola statue of Todai-Ji deity. 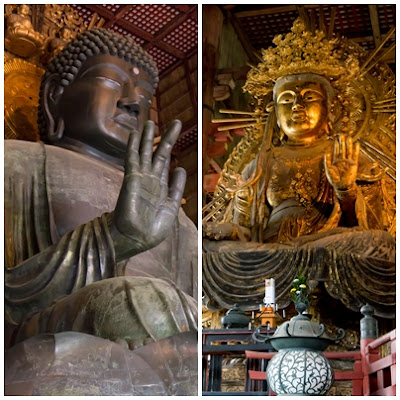 The left pix shows The Daibutsu (Great Buddha) statue which is 53 feet tall and made of Bronze which weighs at 500 tonnes! The right pix shows The Kannon (Goddess of Mercy) Statue. 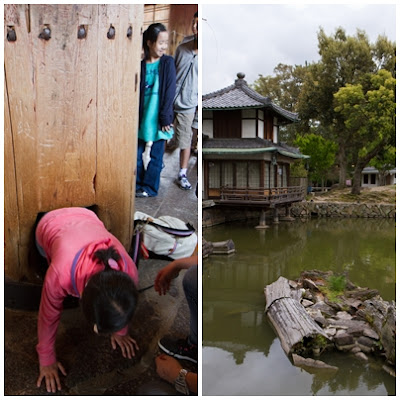 Next to the giant statues, you will find the big pillar with a tiny orifice which many kids took turns to crawl through. Legends believed that it has healing power and you will attain enlightenment in next life by crawling through it. I was too fat to go through it. 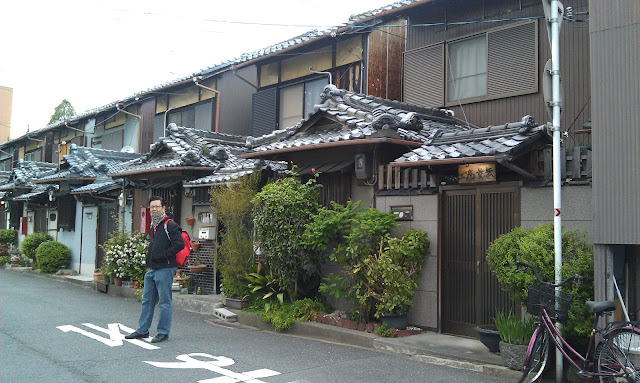 These tiny and neat Japanese homes were the most beautiful I had seen. I simply love Nara!

on November 02, 2012
Email ThisBlogThis!Share to TwitterShare to FacebookShare to Pinterest