I have 5 more posts for my recent trip to China. Let me fast forward to Nanking City before going back to Shanghai & other exotic spots. Well, we always see documentary clips on TV showing the horrendous wars that broke out in Nanking during the WW2 where this city saw the most gory and brutal deaths in the whole of China. Few hundred thousands were buried alive with thousands of women being raped & killed - hence this place was often sadly remembered as "The Rape Of Nanking". 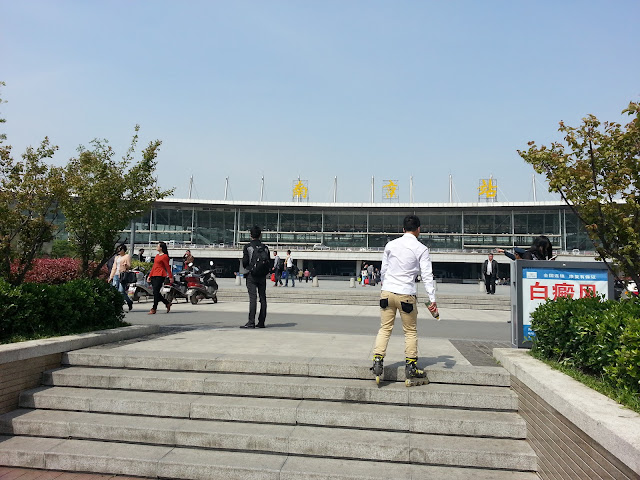 There was a tinge of sadness in my feelings when I stepped off from the High Speed train from Shanghai. I had to catch a bus from Nanking to reach the Mount Jiuhua in Anhui Province. All the vivid gory scenes came flashing back to my mind as I walked around. 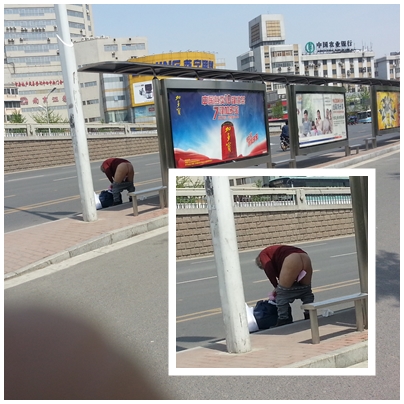 I was very shocked, numbed and speechless to see a woman, bent over and welcomed her ass to me!!! Her Ass was saying "Welcome to Nanking" before wiping it with tissues and papers. She just finished shitting her poop beside the highway!!! 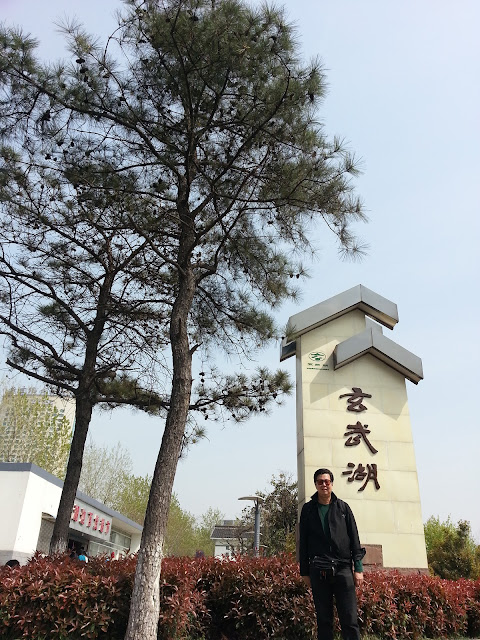 Feeling dizzy with tummy butterflies, I headed to the nearby famous Xuanwu Royal Lake which is located in the vicinity of over 530 hectacres spanning across 9.5 kilometres! It is the biggest Royal Lake in China and was a popular retreat of the Emperors and Warlords during the ancient days. 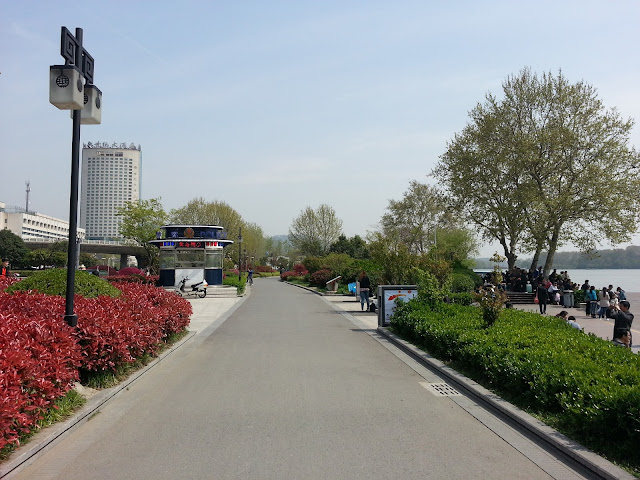 The huge lake and park is located right outside the Nanking Railway Station and it consists of 5 islands in the lake, with each commanding panoramic scenery. 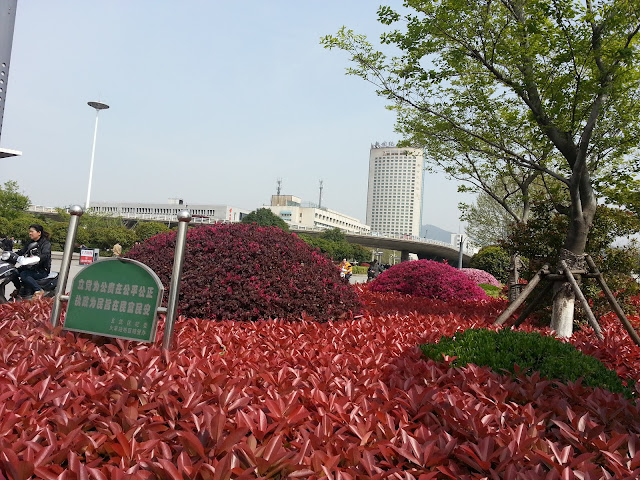 The Spring is here and the leaves & flowers have bloomed beautifully in all shades of myriad colours! 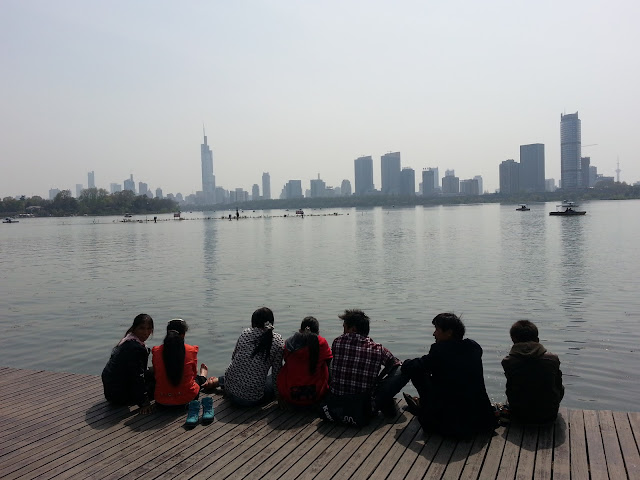 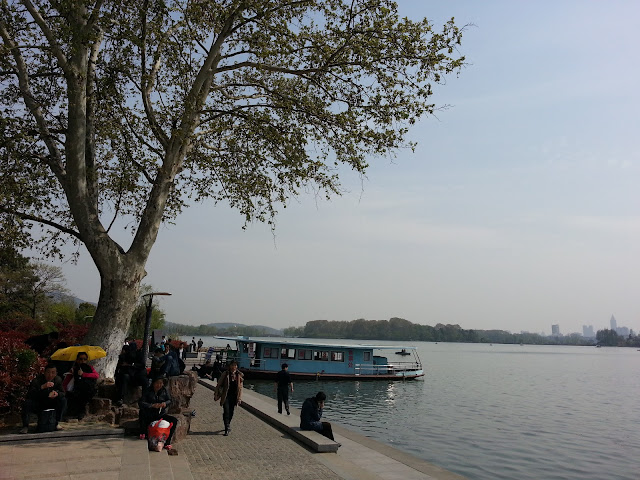 I had never seen a huge lake of this size and it is a perfect place for couples and lovers to laze there. 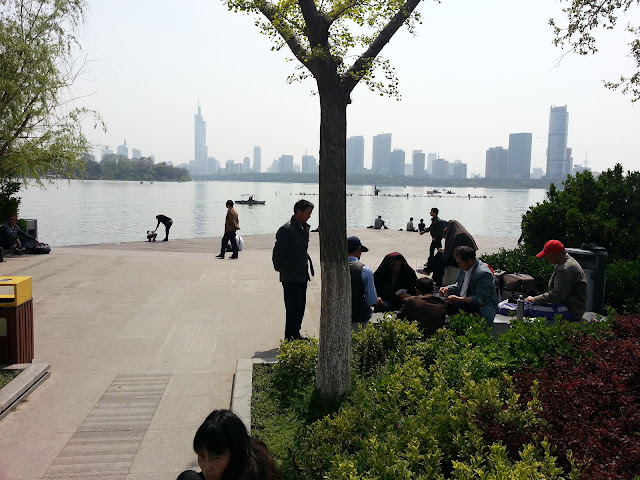 The Chinese folks love to gamble everywhere by the roadsides, under the trees and by this lake! 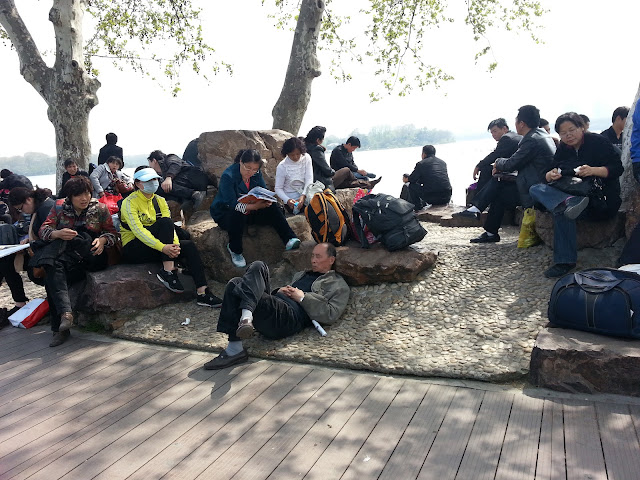 Lots of Chinese folks gathered under the trees, probably waiting for the arrival of their trains as the railway station was packed inside with thousands of passengers, leaving no empty seats for waiting. 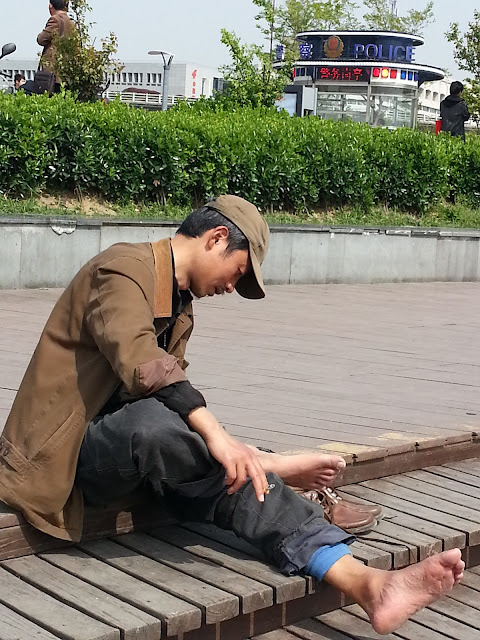 This man beside me was enjoying his cigarette while scraping his flaky soles! 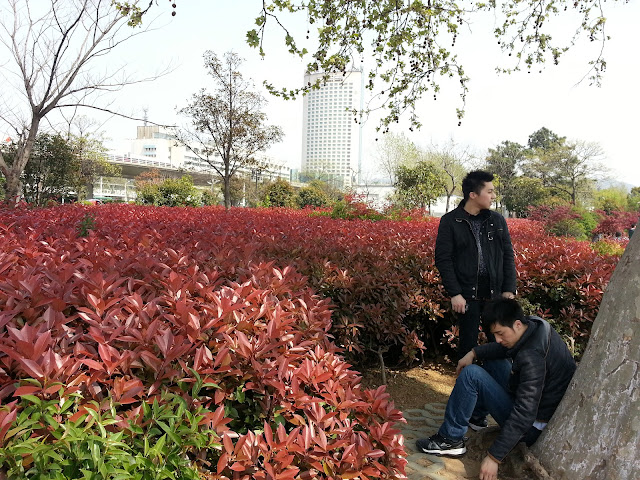 China has the world's highest population of 1.3 billion people! You will definitely come across many happy couples at every corner you turn.


on April 18, 2013
Email ThisBlogThis!Share to TwitterShare to FacebookShare to Pinterest