I still have one more boring post of my recent China's trip and decided to dig up some antique
photos for some good laughs. I looked like a skinny nerd when I was younger.
The photos below were taken over 20 years ago when I flew to London from United States
for my Christmas and New Year countdowns with my cousin and best friends by the Thames River. 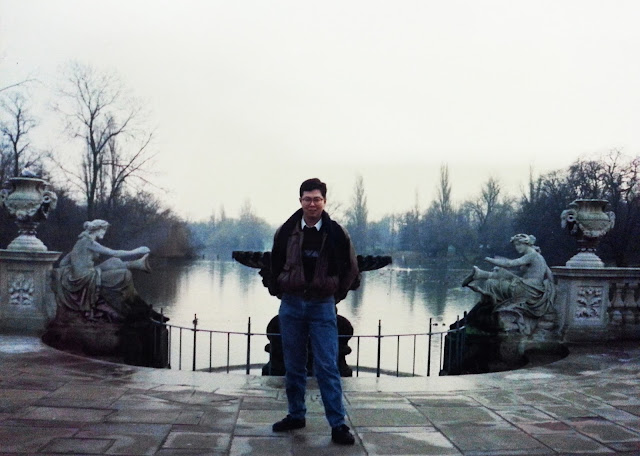 Does it look like me? This was taken in the beautiful Hyde Park, in Central London
during the Christmas Winter. The whole park was very cold and deserted!
My photos were so dull and greyish as usual during cold seasons. 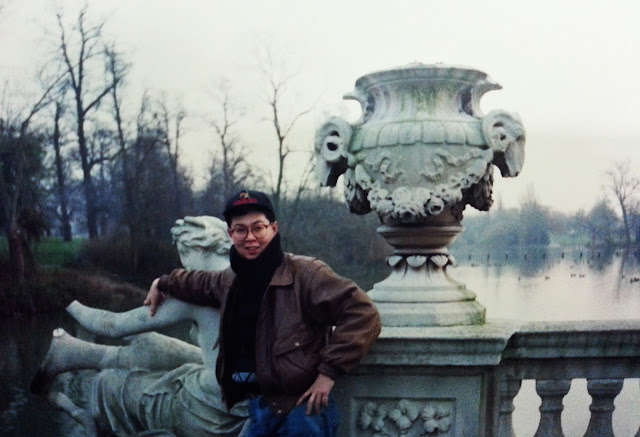 I went to a Christmas party and boozed until I collapsed drunken & high
inside the toilet of a gay couple's posh apartment near Chelsea Harbour. Months earlier,
that cousin had visited me in US and we both had the greatest holidays to visit California, Arizona and New York City.
Let me go dig those photos if you wanna see them. 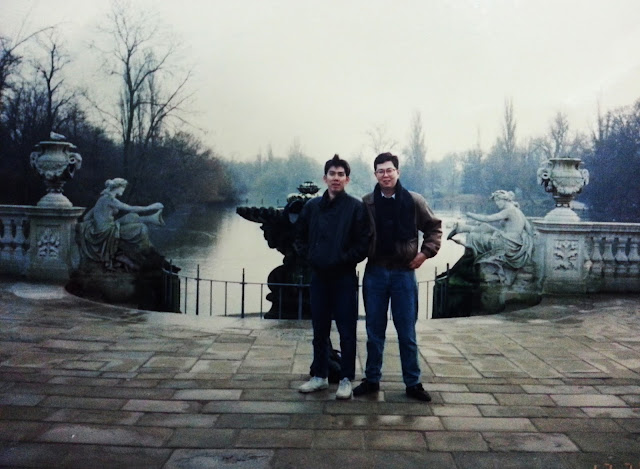 This is my cousin and we were like dogs & cats when growing up in Penang.
We often fought using neck breaking punches and flying kicks almost killing each other.
He has married & migrated to Melbourne after a working stint for Robert Kuok's Group. 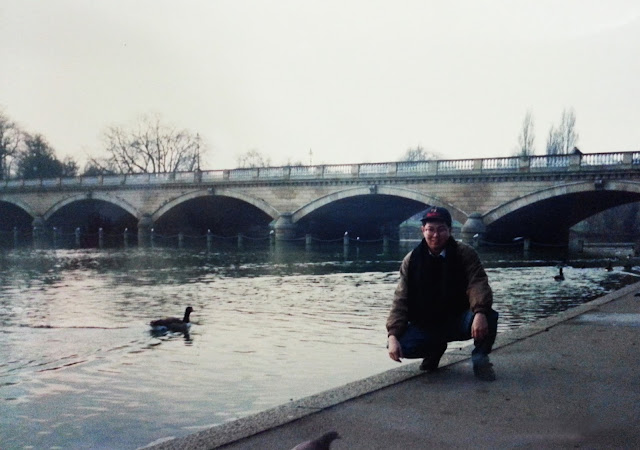 London and Hyde Park is truly a lovely & very happening place to visit.

I shall take my honey there next Spring to see the beautiful flowers and singing birds on trees.

on June 19, 2013
Email ThisBlogThis!Share to TwitterShare to FacebookShare to Pinterest