I still rate myself as a "Hopeless Blogger" who often overlooked in updating my own posts until some kind bloggers would kick my ass to start moving. I can never blog and post at their mighty speed! At least I am a good supporter and busybody who would pry into almost all blogs daily. Pat my head!
I love to read blogs more than unreliable newspapers. These days I only trust their Obituary Ads in newspapers.

I checked my photos and got a little shock that I could still post another 2-3 topics about my recent visit to Chengdu in China besides the recent visit to see the local Cosplay @ KLCC, Penang Trip and also the crazy MATTA Fair. 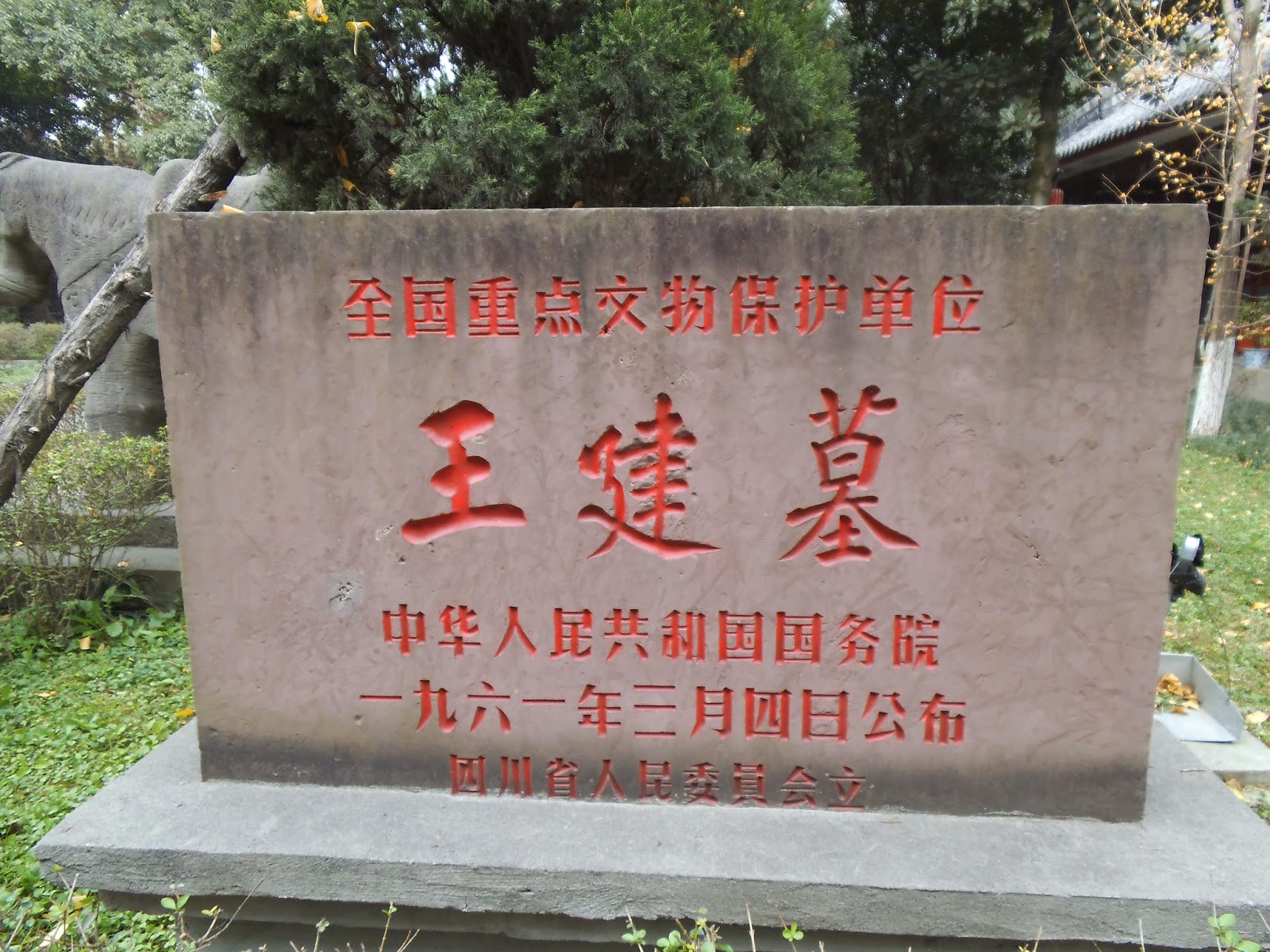 Now I will be sharing about this visit to another royal tomb of Emperor Wang Jian (Year 847-918) who ruled during the ancient Shu Dynasty. This royal tomb is the only Emperor's Tomb that was built in China, above the ground and accessible from the road. All the others were buried many storeys below the ground level and topped up with huge clumps of hills above. They often closed the tombs and filled up with poisonous mercury to prevent grave robbers. 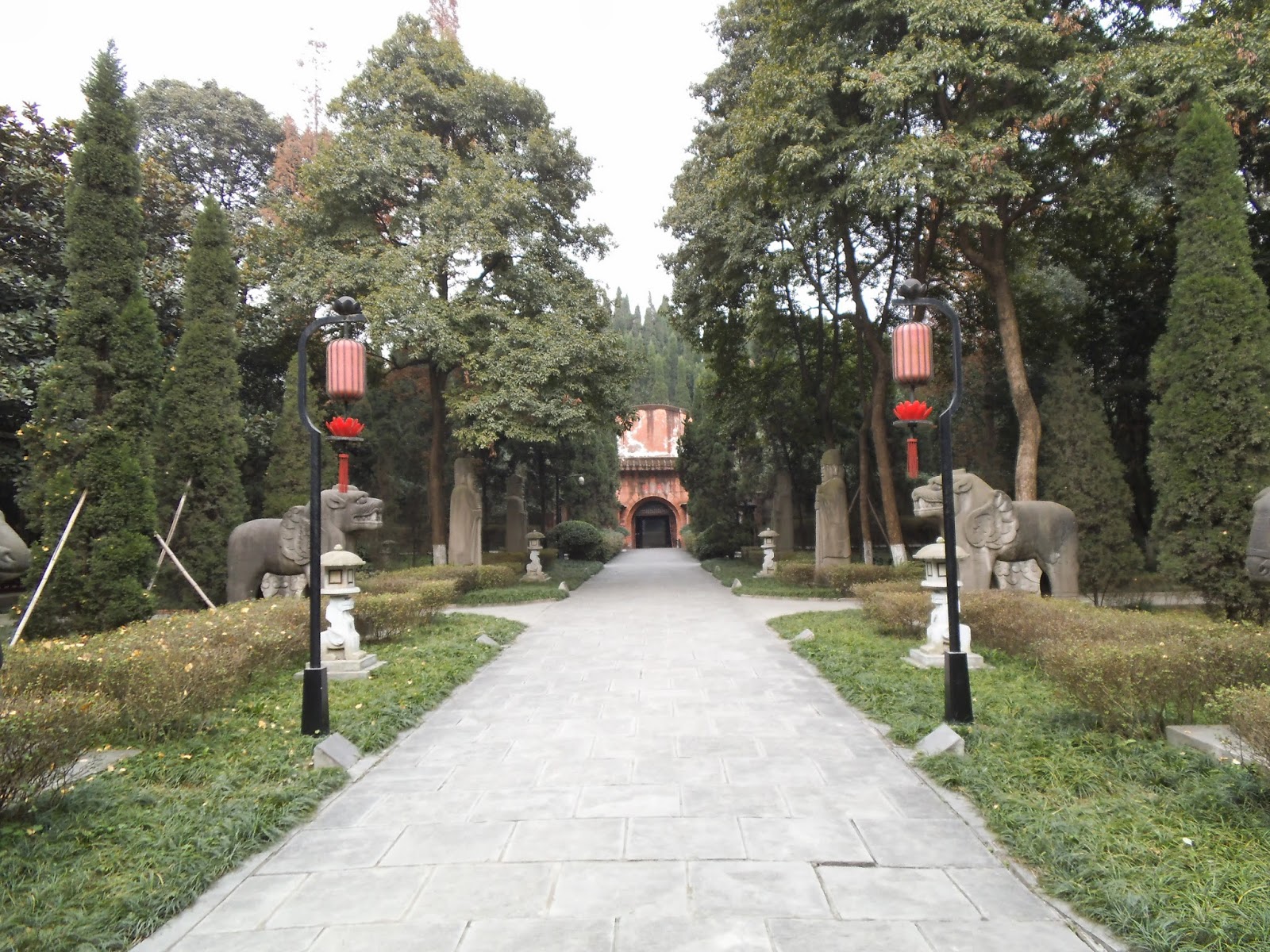 The burial grounds of Yongling Mausoleum are neatly and beautifully landscaped within a huge plot of land in the heart of Chengdu's city. They would always line stone carvings along the paths leading to the royal tomb. 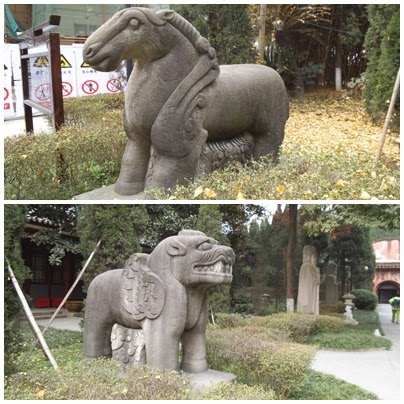 I saw huge horses and heavenly lions that stood majestically and guarded the Emperor's tomb. 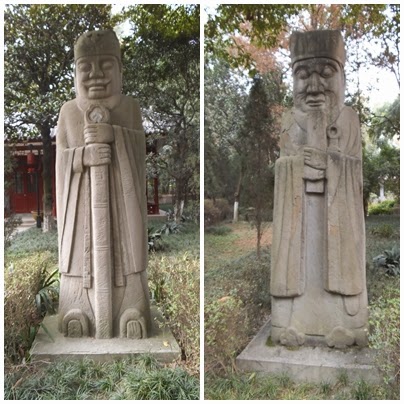 Even several famous scholars were included and lined the paths too. 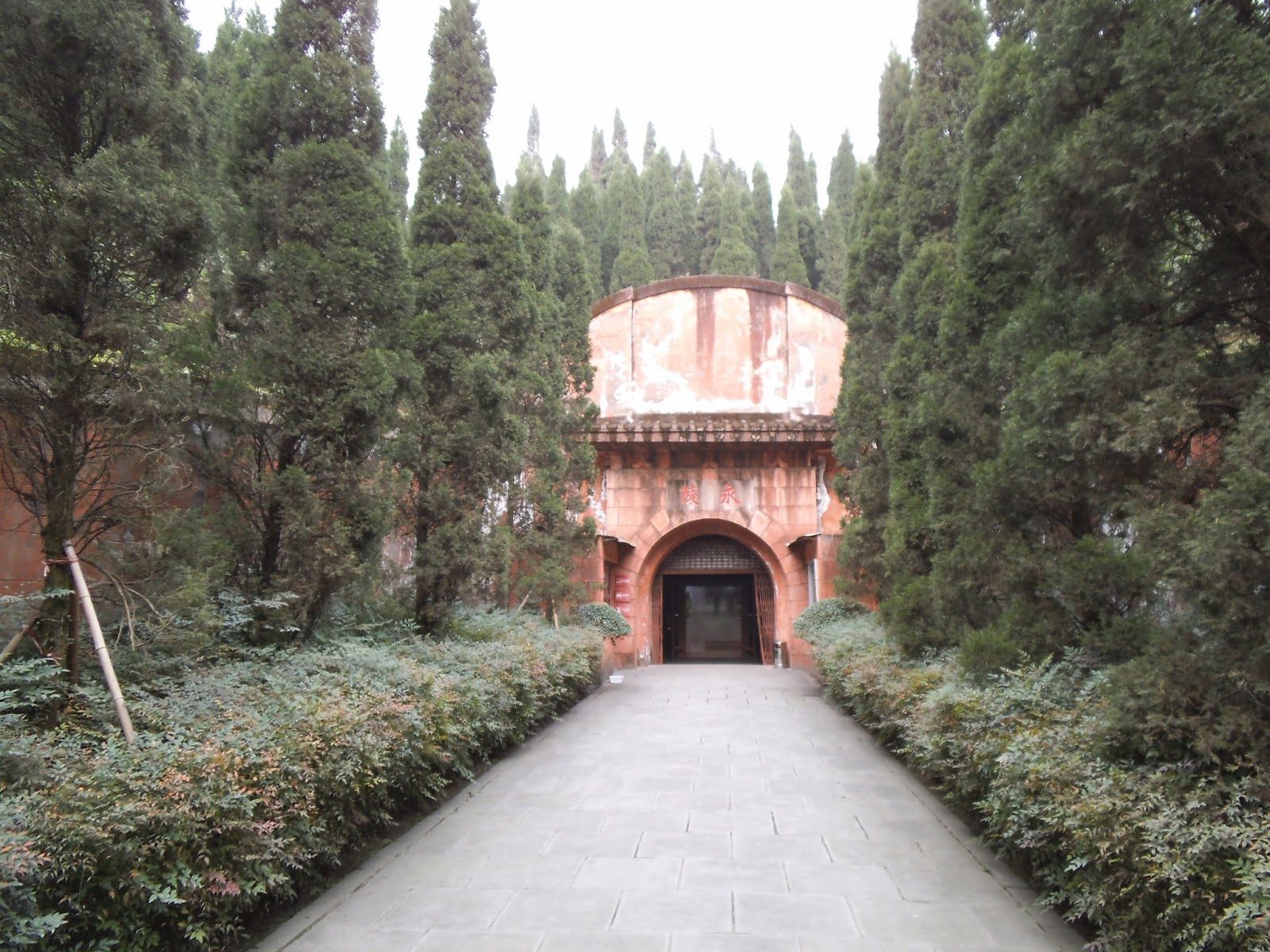 Honestly, I always felt a bit scared and chilly to visit the royal tombs in China. Those places were often so dead quiet that you could hear mosquitoes sucking & slurping your blood! I had goose bumps all the time and my bladder would suddenly become full. 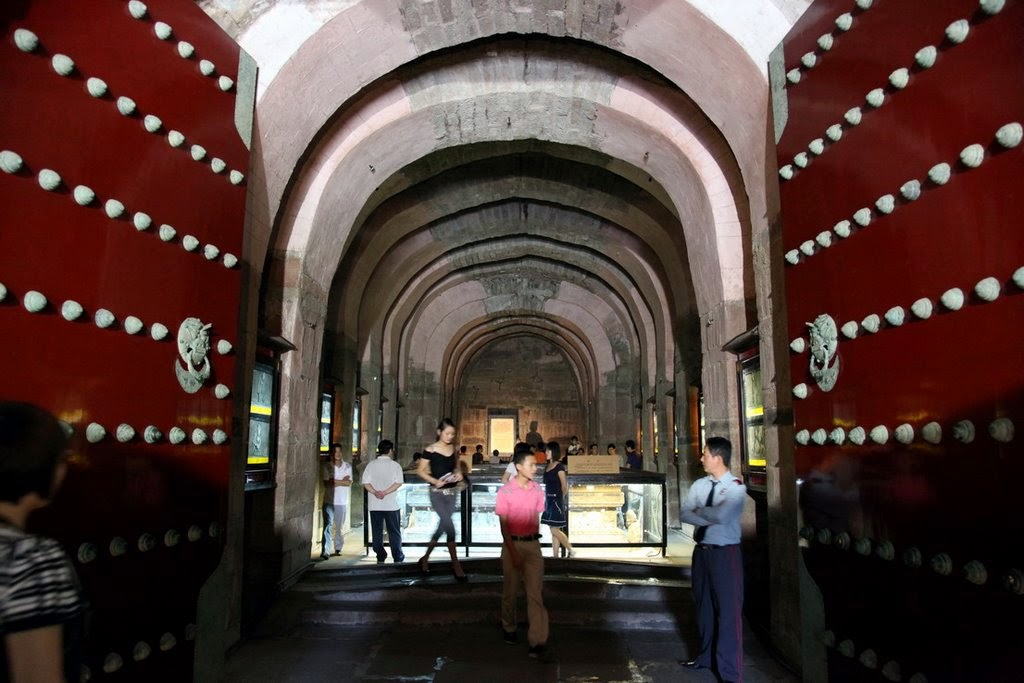 No photography was allowed but someone posted this in their website, so it's not mine! You could see that inside the mausoleum has 3 tiers before reaching the raised lighted platform where the Emperor's coffin was supposed to be. The heinous grave robbers had robbed this place several times over the years. I was feeling scared inside, looking around the granite stone carvings and carefully walked along the narrow spaces. Suddenly I reached the back of the coffin's area and saw an empty throne chair on the platform. My hair stood upright and my legs were trembling like punctured rubber tubes! What was that chair for? I had wild thoughts and quickly ran out in cold sweats! Muahahahaha I was so sissy! 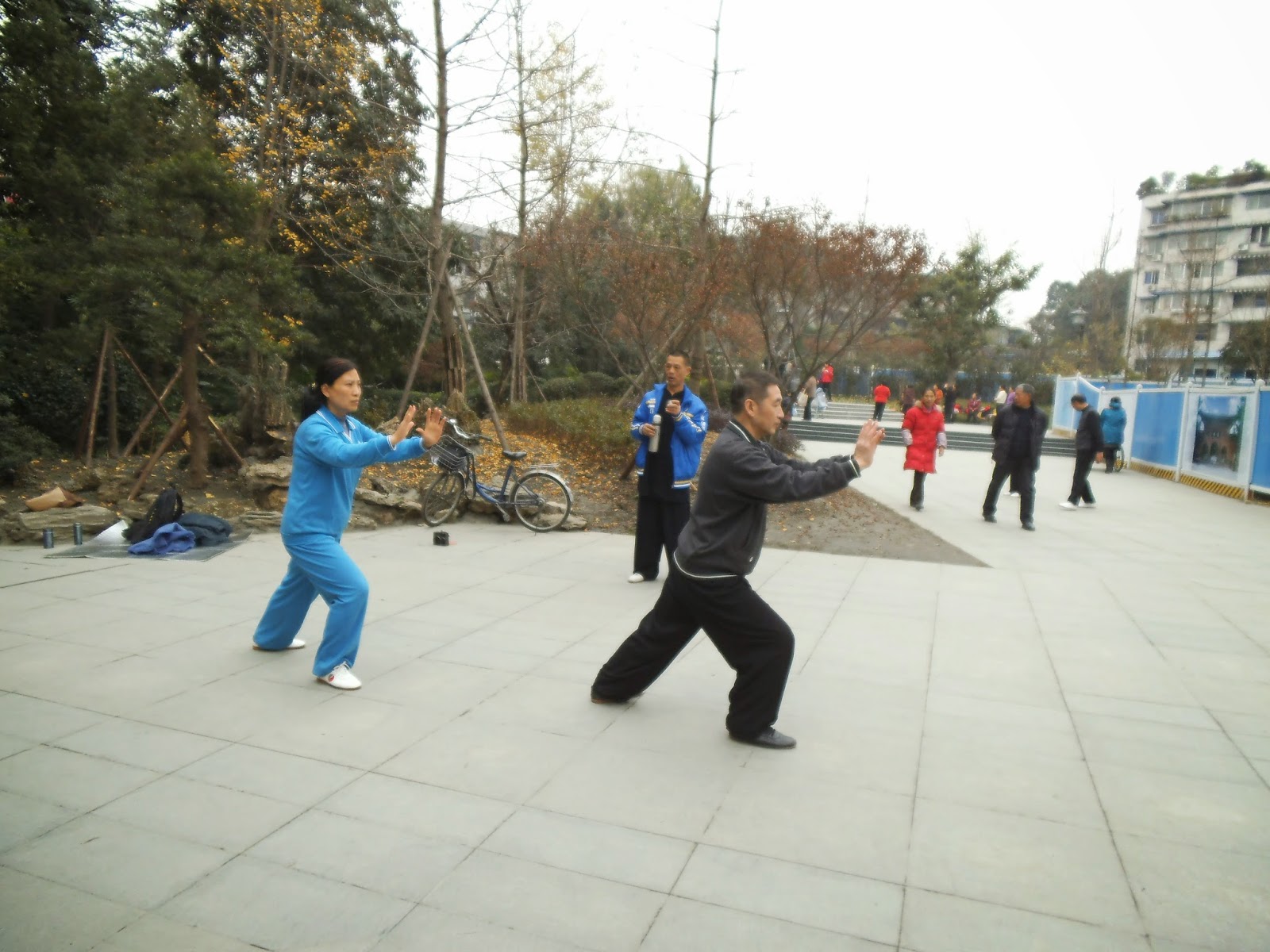 I quickly exited from the royal tomb to get fresh air and saw many elderly folks practising Tai Chi, Wushu and modern dances in the bitter cold winter! They looked stronger than me to withstand the cold. 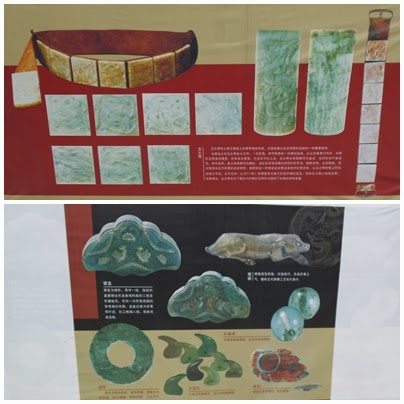 I saw some panel photos on their fences that showed some of the Emperor Wang Jian's personal precious jewels being exhibited at the Sichuan Museum! 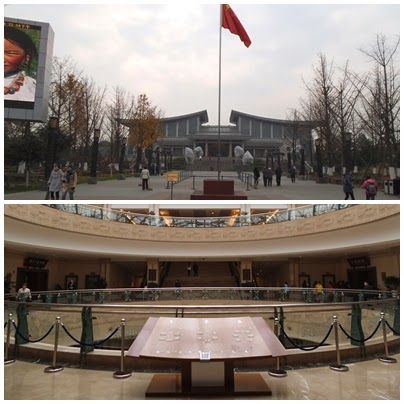 Voila!
We jumped into a passing cab and headed to the Chengdu's Sichuan Museum which has similar layout with the museum in Shanghai. 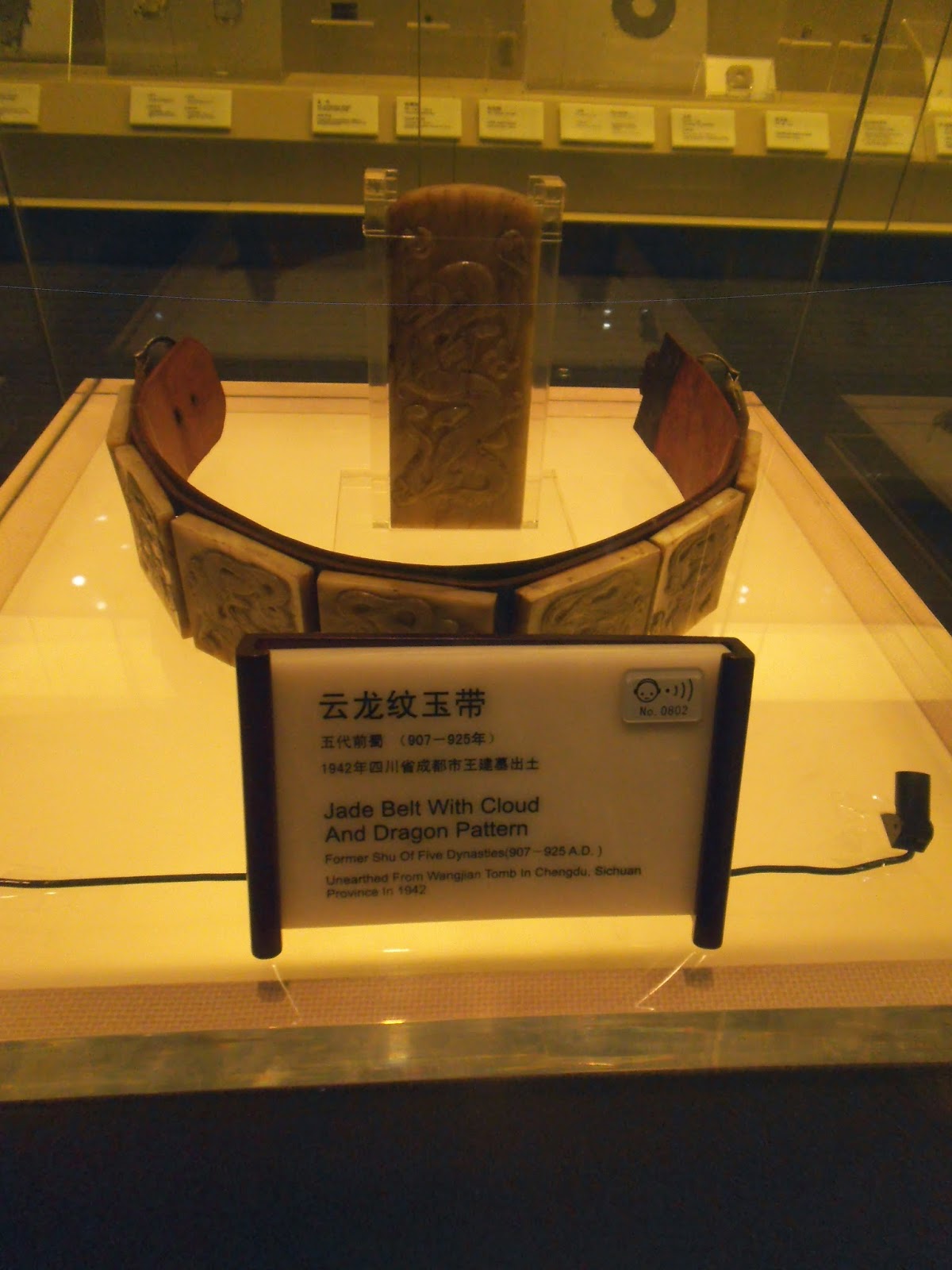 I was glad that I found the Emperor's Jade Belt on display!


on March 19, 2014
Email ThisBlogThis!Share to TwitterShare to FacebookShare to Pinterest