This is not a sponsored post.  I am just sharing a bit about a humble hawker who became my friend and he is now a big boss today! The moral of the story is that "Hard Work Pays Off"... 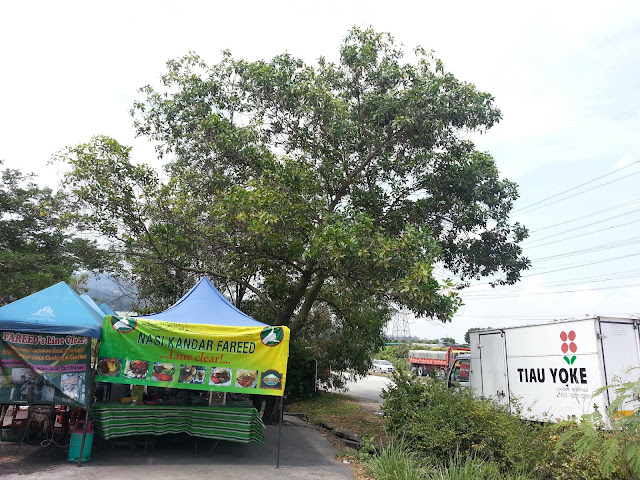 Once upon a time, there was this food hawker selling Nasi Kandar under the hot blazing sun by the dusty road side daily in the industrial hub of Sungai Buloh in Selangor. It is very close to the Hong Leong Yamaha's factory plant where hundreds of giant trailers and lorries would ply. 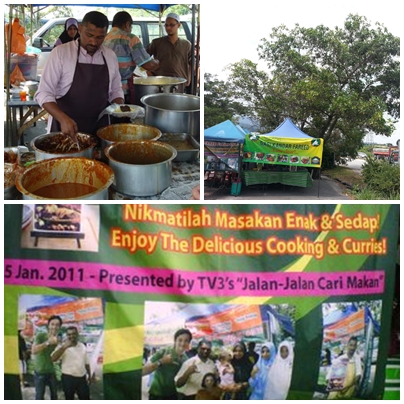 My colleague first brought me there to eat in the mid year 2010 and I became instant friends with the owner Mr. Fareed. I liked his curries as they tasted much like the Line Clear's Nasi Kandar of the Northern Malaysian style. We chatted a lot and I shared much marketing and advertising knowledge with him. I often encouraged him to be brave in life and trust his own judgement by observing all his daily customers! I told him that he would someday expand and become famous!!

By January 2011, the TV crew from "Jalan Jalan Cari Makan" came to film his road side stall. He was so happy beyond words and I was very proud of him too! I was there to snap his photos and made this banner for him to show off!! (Above) 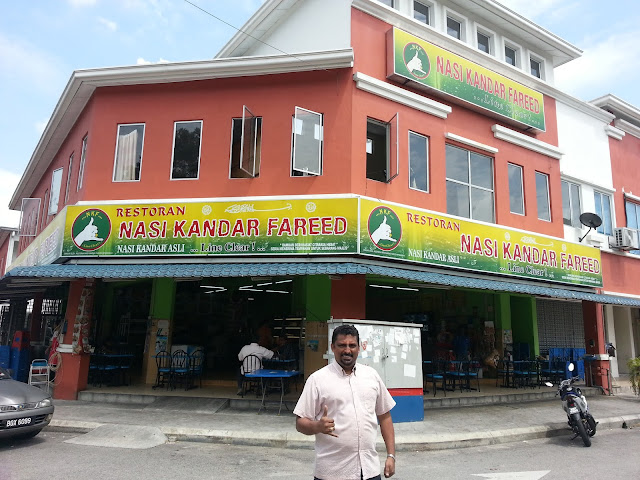 His business grew faster than anticipated and Mr. Fareed moved to a brand new restaurant a few months later! He does not like to show off but I am proud to show him off instead. Yesterday I dragged him out to pose outside with his hand doing the signature gesture! 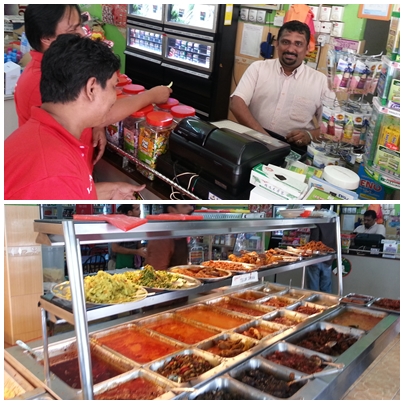 He is humble, hardworking and humorous to his customers and workers! Everyone likes him! The food may look like other common shops but the taste is much different. I am his worst critic who would always hurl comments on the food, drinks and service in order to maintain his highest quality standard. He would smile and humbly listens to my big CB mouth. All the dishes are good and cheap, hence the crowds are regular. 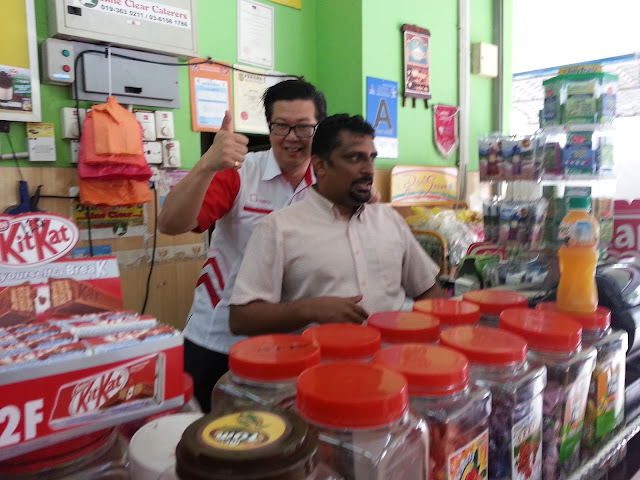 Look at me!!! We are always clowning around like "Anay & Thambee" story! He would love to give me free meals but I should pay my own for that is his rice bowl too. There is no free lunch in this world. 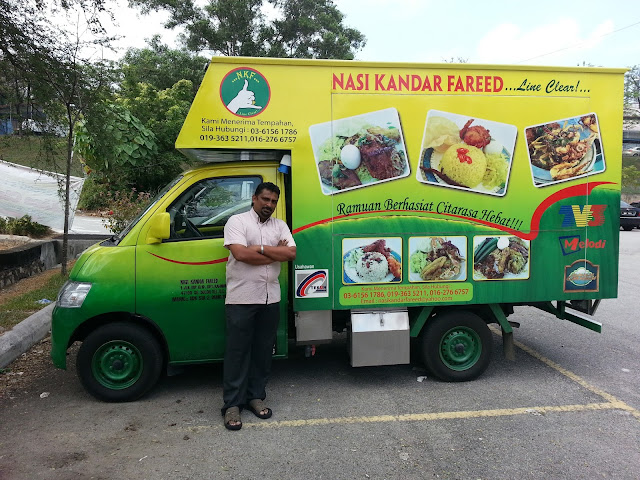 I was surprised that he has brought his business to greater heights by doing catering now!
Good luck Mr Fareed!

on June 28, 2013
Email ThisBlogThis!Share to TwitterShare to FacebookShare to Pinterest