The midnight before my wife's flight to America, she collected
all the food leftovers from her office. They have weekly
meetings where much uneaten food were thrown away! Kanasai!
So she rounded up my visiting friend & family to feed the beggars.
It was an eye opener to their 2 young kids to feed the hungry
beggars with delicious warm food & bottles of mineral water.
They could see how sad & pitiful
to become homeless & lonely. 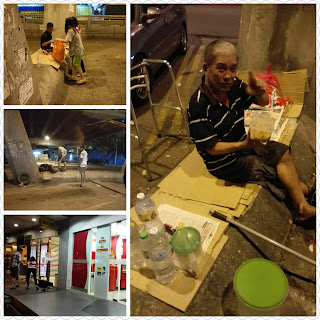 We headed to Pudu's area again where it's the haven for the
poor homeless beggars who slept under the shops and flyovers.
You can find dozens of them sleeping openly but I woke them
all up as I knew that they were hungry and probably
had not eaten for days. They woke up and ate right away!
The above handicapped uncle was happy and chatted
non stop!
"Hey, come again with more food!"
Uncle is calling all bloggers & readers to care for them. 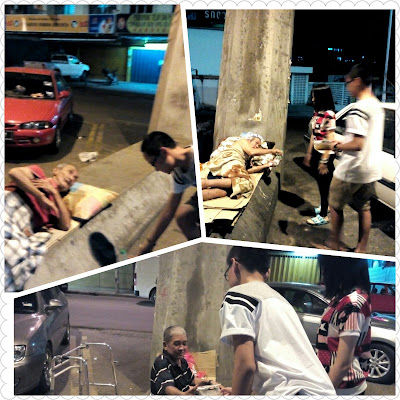 My wifey flew off the next day and my friend's whole
family tagged along to the see the whole KLIA terminal.
The young boy taught me to install the Flight Tracking
apps into my phone and it was so interesting.
I am such an uncle and didn;t know
how to track the planes!
Smart boy You-You.

Many hours later, I could track my wifey's United Airlines leaving
Hong Kong and flew out of China and North Russia!
Amazing!
Why was her "Red Plane" not flying across
the Pacific Ocean as it looked shorter?
Eventually I found the answer myself!
Simple, the earth spins so the plane should fly
upwards and downwards to save time. 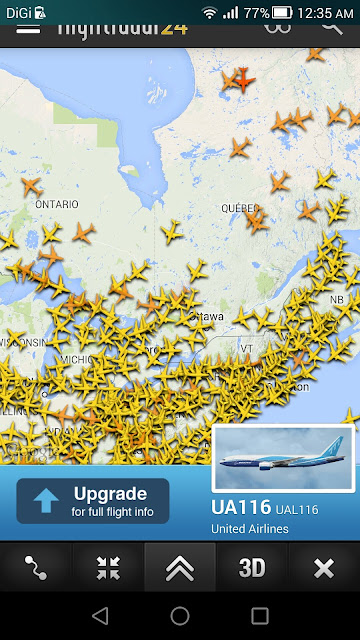 Some 15 hours later the "Red Plane" was flying across
the Artic Ocean and passed through Canada.
Look at the thousands of planes jamming
New York's John F Kennedy airport!
This clearly shows how
"The Humans Are
Trading With Each Other's Karma Everyday"
just like the aeroplanes! 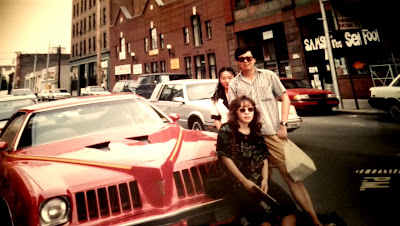 Yours truly and 2 Japanese college friends in Pittsburgh, Pennsylvania.
That was some 2 decades ago and both Maki Yamada &
Junko Ueda have married Americans. They will play hosts
to show wifey the fabulous city where I lived around the
Carnegie Mellon University. So coincidence, she will be
having 2 weeks of meetings & training at CMU.
Deja Vue.

on July 20, 2015
Email ThisBlogThis!Share to TwitterShare to FacebookShare to Pinterest