Many people have mistaken that the positions of a Despatch Boy has rather limited & stagnant future. I also had similar thoughts on them, not sure if they have ambitious plans to be successful, make money and get married. Buy a car, a house and start a family as the long lists go on. I spoke to many of them who had come and gone under my company's employment.

I decided to help them to build their work experience which would help shape their future employments elsewhere as I do not encourage them to work in our office till retirement.

I am proud to share that my plans had paid off several times after grooming our Despatch Boys. My office needs 5 Despatch Boys daily to handle all our many deliveries, collections, banking and errands. They have to report to me from time to time and I would always remind them to work smartly. They would get biggest hell from me whenever I received complaints from their seniors or our 3 Datuk bosses. In return, they would be given the chance to become my right hand man after showing their earnest desires to climb the career. In between their daily despatch jobs, I would teach them the tricks & trades to handle the tedious applications for our foreign workers' permits, applications for outdoor advertising license and permits, compliance lists of Fire & Safety of Factory rules and macam-macam lagi....... Along the way, I would also give them practice using Words & Excel softwares on the PC which was always a headache to many. I would constantly motivate them to use their little experience to upgrade their CV for future employment as Admin Assistants or License Supervisors.

There was a staff named Fitri who joined our company after seeing my advertisement inside the 7-Eleven's notice board 3 years ago. That fateful day, Fitri was feeling very down and angry with his ex boss. He promptly went inside the convenience store to buy cigarettes & Slurpee drink to chill his head. He could not believe his eyes when he saw my advertisement with the words "5 Day Work" for a Despatch Clerk plus benefits. I interviewed him the next day and was surprised that Fitri in his early 20s had to work 7 days weekly for almost 2 years! His previous company worked 6 full days per week and he had to be on stand-by on Sundays which paid little overtime wages. He almost had to work every Sunday for 2 years! Goodness, his ex boss was a tyrant and exploited him.

Fitri was the most polite and hardworking guy among the 5 Despatch Boys we have. He was always smiling with respectful greetings. I watched too much Korean dramas and insisted that the 5 Despatch guys must greet & nod their heads whenever they saw our Datuks & Datins inside the company. Of course our bosses liked them as normal staff would not bother to greet them as this is not Korea. Fitri learnt all the ropes from me for 3 long years and I felt that he respected me like the father he never had.

One day, Fitri passed me an envelope and my heart skipped. I could guess that he had finally found a new job! I opened the envelope and found his Wedding Invitation card instead. He had long courted his fiancee for 8 years since their school days. I was happy for him but felt bad that his salary was not sufficient to start a new family. Since he would be staying with his mother, that should be comfortable to bring home his new wife. Several weeks later, Fitri passed me another envelope and I screamed at him!!! I joked & teased whether it was for his 2nd wedding? Indeed, it was his resignation letter. He apologized profusely that he had to take up the unexpected offer when he was not even planning to quit his present job. The new job pays him over 30% more with a rosy position as a Supervisor. 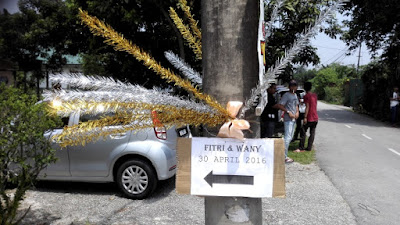 I attended Fitri & Wany's wedding somewhere in the kampung
deep inside Sungai Buloh. 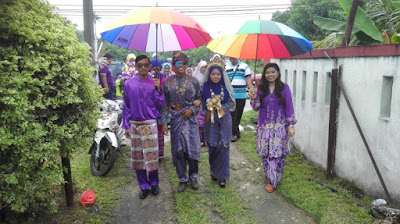 The arrival of the handsome groom & his radiant bride! 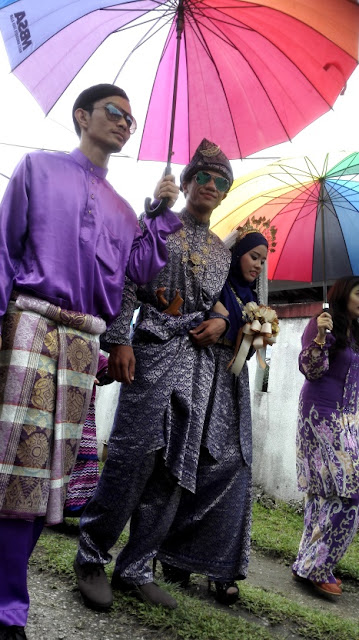 This Raja Sehari - Fitri looked dashing like a Royalty. 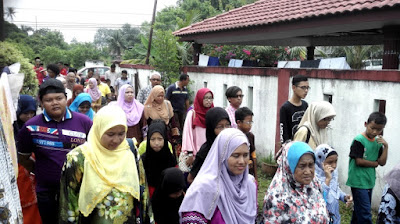 The bridal couple was accompanied by the bride's family entourage. 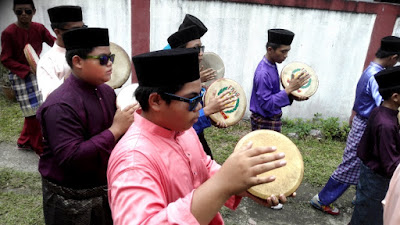 A band of Kompang boys followed behind beating the small drums. 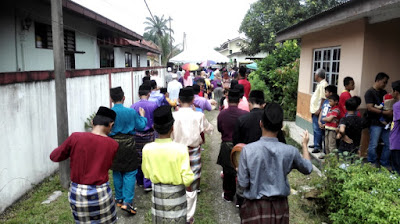 The bride's entourage made their way into the compound of
the groom's house. 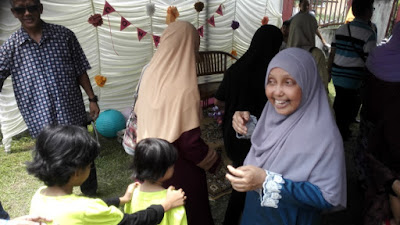 The groom's mother was the happiest lady on earth as he youngest
child had married. She hugged me tightly and thanked me for
grooming her son. My heart was melted and sank onto the floor. 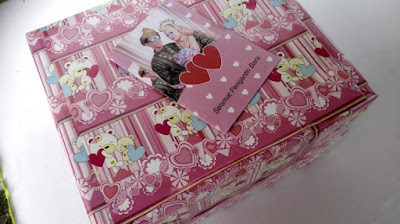 Our special gift for the bride and groom. The gift of a Ceramic Induction
Cooker set was nicely wrapped with a specially printed card.
This photo of the gift got the HIGHEST LIKES inside his Facebook
and not even his bridal photos. 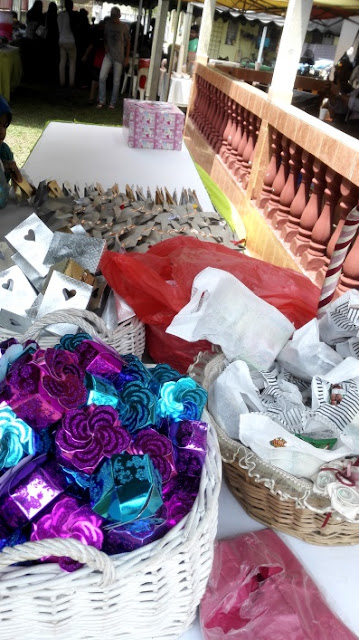 The traditional door gifts of a Malay Wedding which contain
hard boiled eggs. 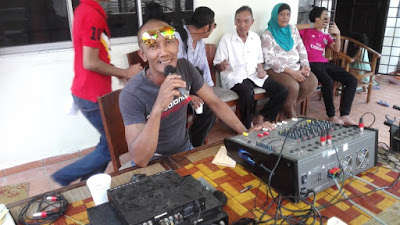 The famous DJ happened to be the groom's elder brother. 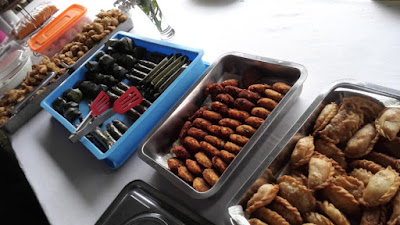 The groom's mother cooked everything by herself. 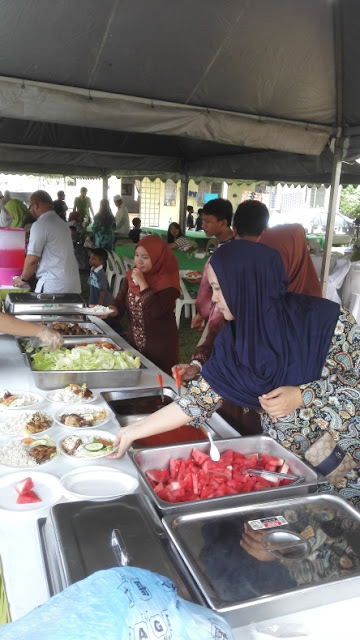 The buffet tables with chicken rice, cakes and desserts. 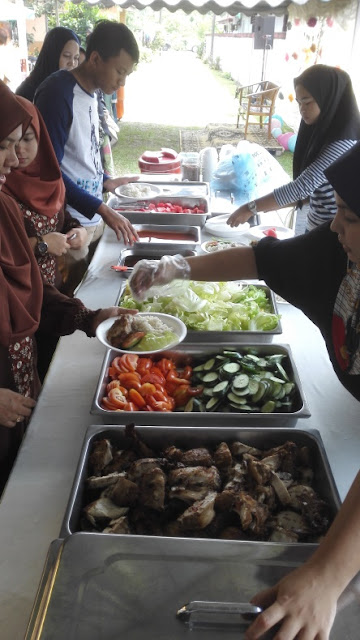 The groom's mother is a well known chef in their kampung.
So everyone loved her chicken rice and cakes. 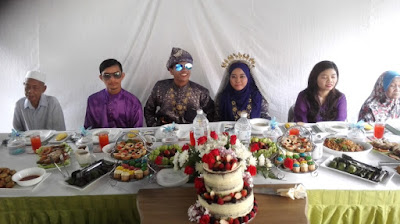 The bride and groom at the main banquet table. 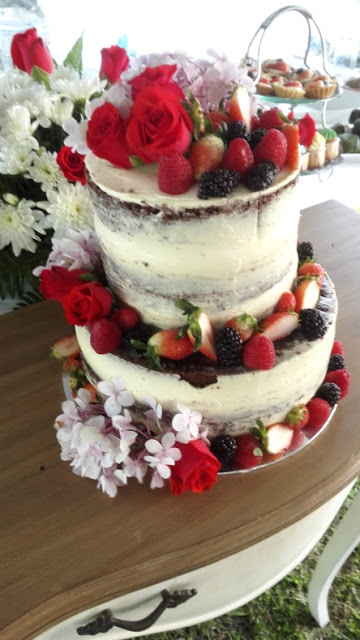 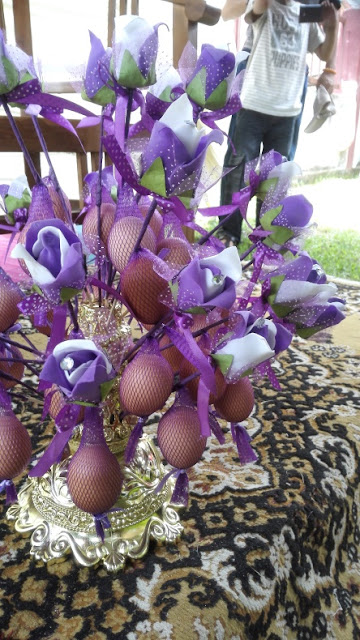 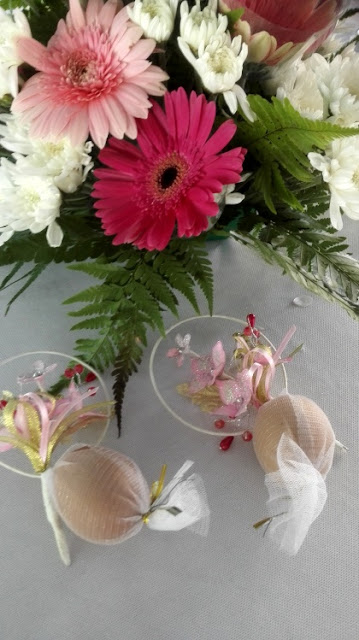 "May The Bride & Groom
Enjoy An Everlasting Marriage" 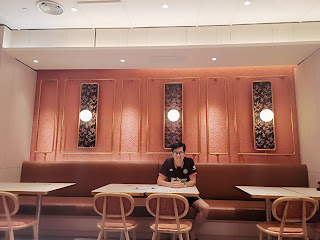