My Visitors From Korea

In April, I visited South Korea for the 2nd time and met up with my long lost buddies from the Point Park College in US. The reunion was a happy one after 2 decades of not seeing each other. Last week, one Korean friend stopped over in our city on his way to Chiengmai for 3 weeks. I invited him and his own friend to stay over at my humble place to experience and taste the Malaysian culture. His friend had just retired from work and decided to spend a month touring Thailand. 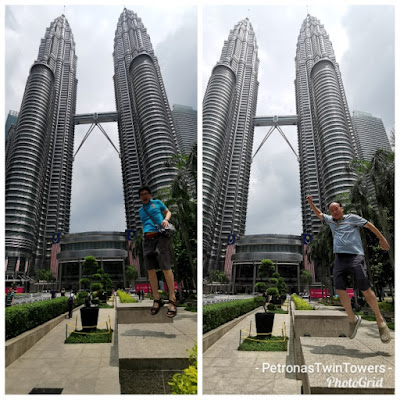 I took leave from my office and became their tour guide. I brought them sight seeing and realized KL is quite boring. Here at KLCC, I made them both jump like monkeys! 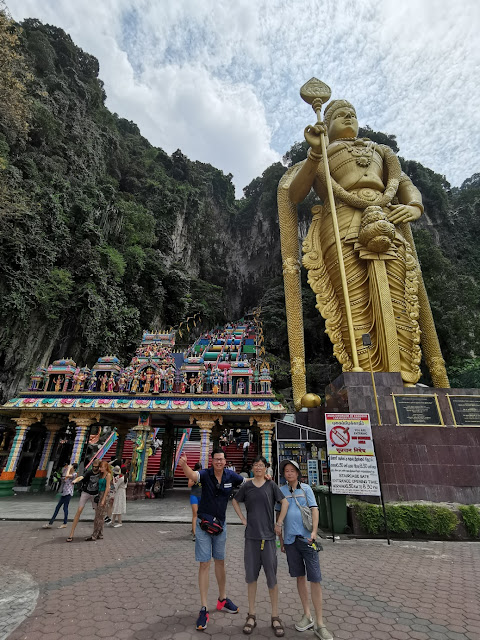 We went to Batu Caves and my friend protested when he saw the long flight of steep stairs! I forced him up and down with swollen legs. He is such a weakling!

I rewarded them both with fresh coconut water for the hard climb up to Batu Caves. They loved the refreshing juice as they do not have coconut trees in Korea. 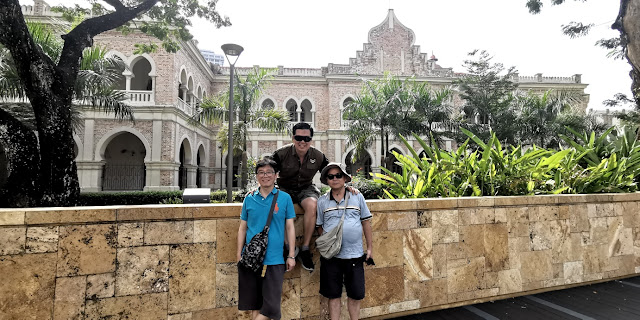 I took them to see the Dataran Merdeka and they loved the Moorish architecture of the Sultan Abdul Samad building. It was my first time making a long walk around the whole area. We walked 16,000 steps in one day. 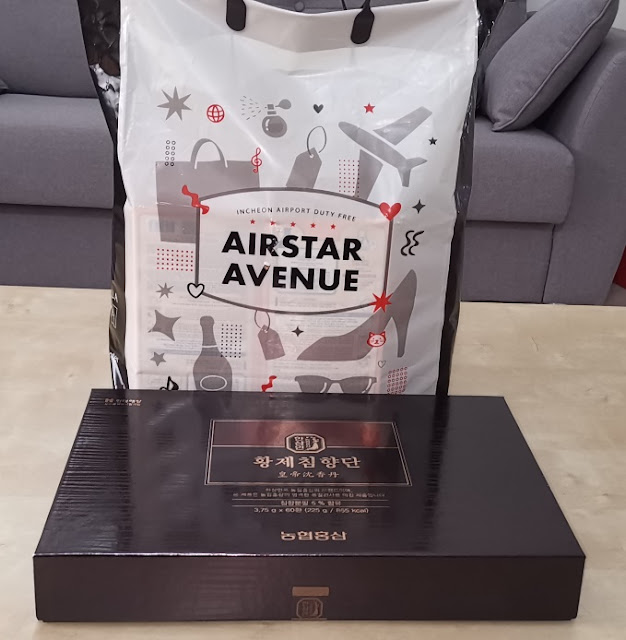 My old friend from Korea is very lucky as he does not need to work all his life. His wife is the President of a bank in South Korea and I believe his own father is a wealthy man. He brought very expensive gifts for me and my wife! 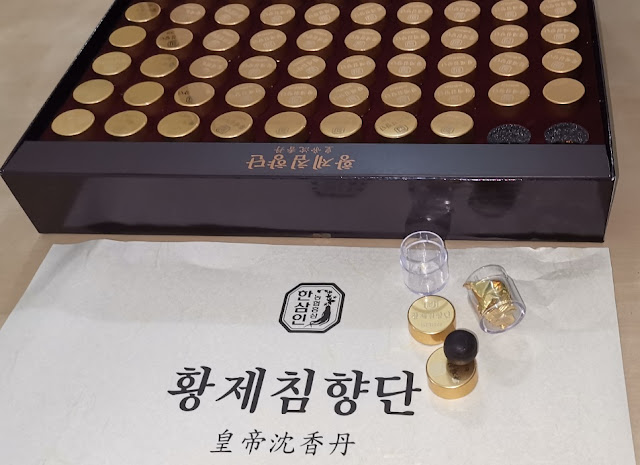 This box contains 50 small bottles of the medicine balls made from the prized Aloes Wood from China. It is meant to be sucked in our mouth until it melts which would take over 1 hour! It is not something sweet or nice like marshmallows. I think it costs around RM500 a box. 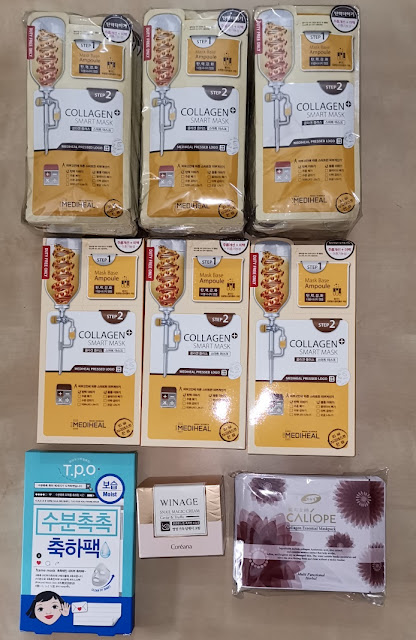 He gave my wife over 100 sachets of the best Snail Masks from Korea which is a popular trend now. The ladies would use them nightly to keep their skin wrinkle free and youthful with all the serum from the snail and collagens that could tighten our sagging skin instantly.

The middle bottle is WINAGE Snail Face Cream! I better use this for my aging face.
I am so thankful to have such a generous friend.

on September 30, 2019
Email ThisBlogThis!Share to TwitterShare to FacebookShare to Pinterest