Today is a very sad and horrible day for me. I would never wish for it to happen to anyone else. I woke up unexpectedly at 5am and looked at my phone. It was not my norm to wake up that early and look at my phone other than going to toilet. I was horrified to get a text from a Japanese college friend whom I met in US, informing me that another Japanese lady named Junko Ueda had passed away. It was an expected news as she was suffering from breast cancer 2 years ago but the reality sank and still hit me eventually. I thought her treatment had healed after the breast surgery and she had a wish to visit me in Malaysia. I tried so hard to get back to sleep again. Junko's cancer had spread to her brains and many cancerous lumps sprouted out to her scalp. She died at home with her 2 young children and estranged hubby beside. 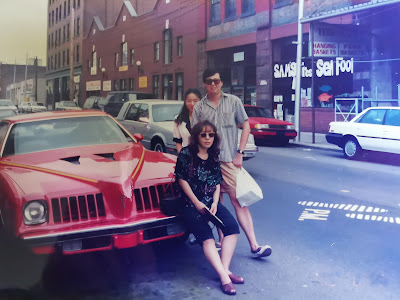 This photo of myself with Yamada Maki Oravets and Junko Ueda during the summer after shopping for some grocery. The Chevrolet Camaro Sports car belonged to Maki who was a hell driver like Fast & Furious star. Both of them married to American men later which was a little mistake.
The whole morning my mind was still reeling with a tinge of little sadness for Junko as I felt that she had suffered a lot since her first failed marriage in Tokyo. She went to US to pursue her advertising studies like me but her conservative Samurai hubby objected sternly and threatened a divorce if she stepped out. Junko was a strong headed lady and still packed up her bags to study in the best advertising school in Pennsylvania. The hubby's lawyer sent a document of divorce papers to her in US to end their marriage. She had to self support herself with little savings and worked full time as a waitress for her school fees. When I became friends with her and all the Japanese guys in the college, Junko found solace and comfort to visit my apartment almost every night when she had finished her waitress job. She was happy to sit in my comfortable living room's wing chair to drink unlimited hot black coffee while smoking and laughing with my other Korean, Japanese and American friends. I felt very fortunate that I was sharing this luxurious duplex unit in the upscale area of Shadyside in Pittsburgh. Do you remember that my Korean roommate's father owned office buildings around Seoul's Gangnam swanky hub. So our apartment was always a welcoming place for all our Korean and Japanese friends that they could anytime stayover with abundance of food and cup cakes to eat. All prepared by yours truly. Ahem! 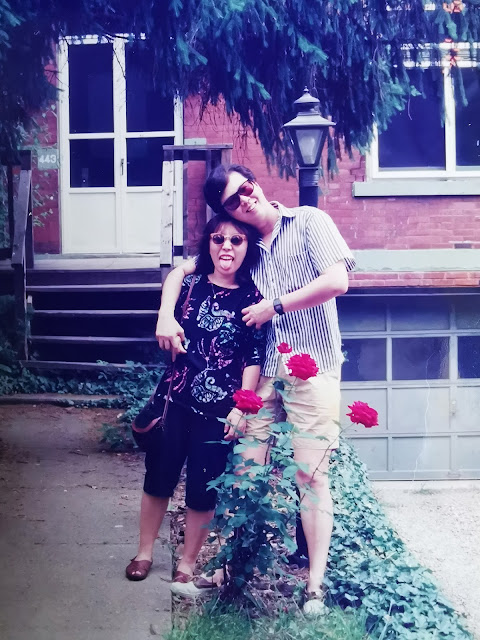 Junko and I posing outside my apartment at 443 South Graham Street, Pittsburgh, Pennsylvania where all the precious memories of fun and laughter continues to live on today. 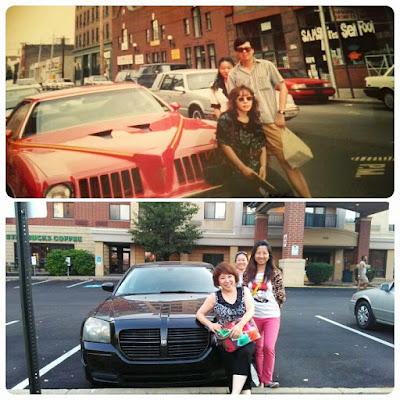 It was like a heavenly fate's arrangement that my wife flew to Carnegie Mellon University for her milestone achievement to receive the only Master Trainer's GOLD certificate for Computational Thinking outside USA. That prestigious university is located in the same neighbourhood as my apartment. So I got the 2 Japanese friends to meet my wife and they happily posed the same way in front of another sports car belonging to the Fast & Furious Maki.
A few hours later, news broke out that my long time and close friend had lost the battle with Covid19 in the Penang hospital. It was like a heavy thunderbolt to hit my chest to know on the same day that both Junko and Michael Geh had passed away. 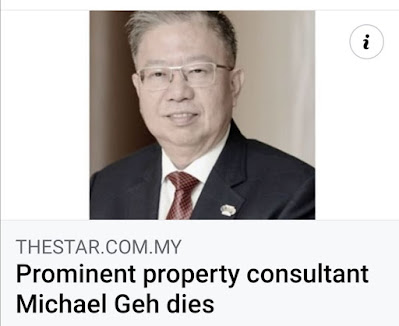 Michael Geh's passing was announced across all the Malaysian newspapers as he was a very well respected figure by all the big property developers in Malaysia and overseas. 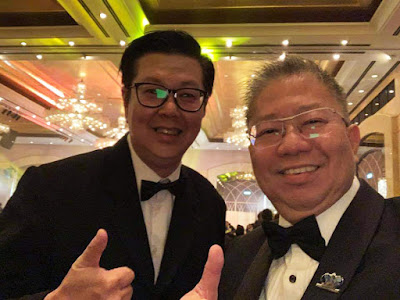 Michael Geh and I posed at the recent Property Awards Gala Night at the One World Hotel. 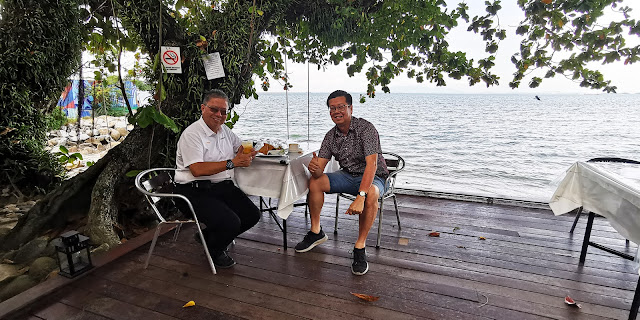 I was indeed very honoured when this high profile and Senor friend invited me out twice, to tea and dinner in Penang and KL. We had so much to talk as our long friendship dates back as far as both our parents were actually close family friends. He shared extensively about his religious beliefs and that spiritual topic eventually led on, till he insisted to meet up with my wife. He wanted to meet her and hear more about the spiritual dimensions and also his strong interests in hypnotherapy. We met up at The Oval, nearby my home and chatted for many hours. He was happy that he had found all the answers to his doubts and beliefs from my wife. We parted happily and he promised to meet us again on his next visit to KL. Did he know that was his farewell dinner treat for my wife and I?
Time and Tide Waits for No Man.
*****
on May 15, 2021

The Nasi Kandar Terbaik in My Neighbourhood 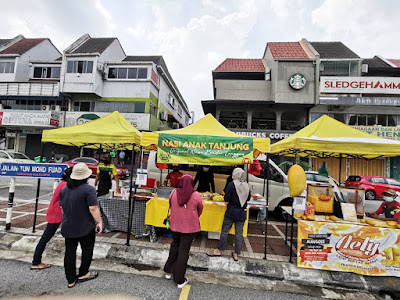