Ghost Sitting Inside The Car

You must be wondering how do common spirits or ghosts look like? They are transparent, formless and often greyish. If you see them floating with light or strong colours and white, they are likely to be divine spirits or guardian angels. There are trillions and trillions of spirits in all the 8 dimensions across our universe. How big is their size? They can be as small as a grain of sand, human sizes or as big as a tall building. That might depend on their roles and merits. 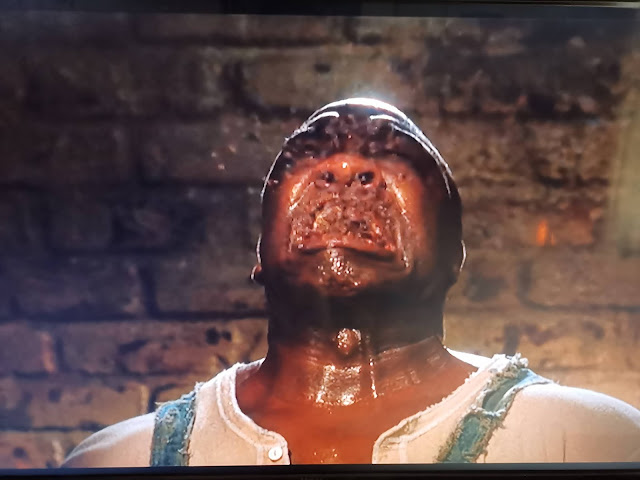 If you would like a solid reference, you should watch the above movie called "Green Mile" which starred US actor Tom Hanks. It was really based on a true life story where that movie showed how low spirits looked like. They were so tiny like dusts and bacteria that could travel inside human bodies.

I have a very close buddy Aaron who happens to be a distant relative on my wife's side. He has a fleet of luxury cars at home and often gave us rides in them whenever we had outings. He invested in several properties from a 3 storey landed house to few condominiums across Klang Valley. He had problem with this 3 storey house which could not find any buyer or even tenant to rent. On hearing that I have sold over 20 houses, condos and factories over 10 years as a freelance agent, he probably had some confidence & decided to seek my help because his patience was wearing thin for having served the hefty monthly bank loans for several years. Sounds like a truly bad investment. So he fetched me and my wife in his comfy black Estima to inspect the house a few times. My wife liked his car because she felt that it is a LUCKY CAR which means that vehicle was manufactured well with the right spirit in control.

So we embarked on our journey all the way to Rawang. We found that the house has unfavourable feng shui for facing a very steep hill besides other issues like bad house layout and a very unhappy land deity inside. So we advised him that he really needed to do 2 important things. 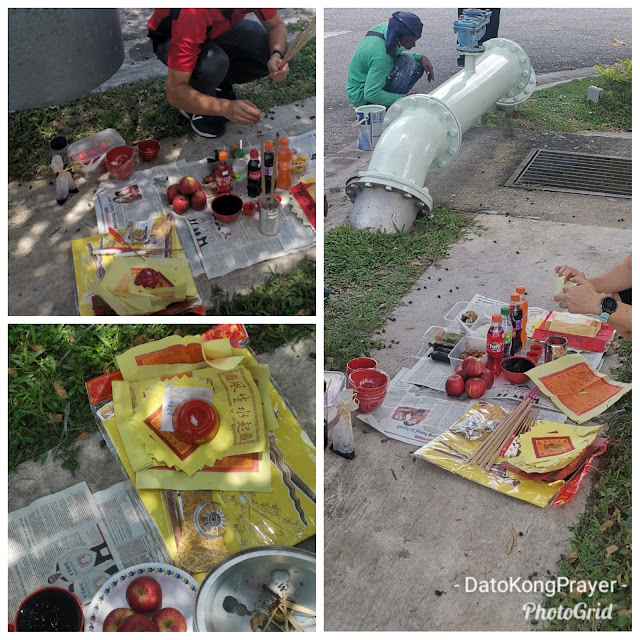 First, to pray to the Dato Kong deity along the strategic spot along the street of that house. He has to ask permission from the Dato Kong to kindly give his green light blessings to sell the house and to 'open the gate' to allow the right buyer to appear. 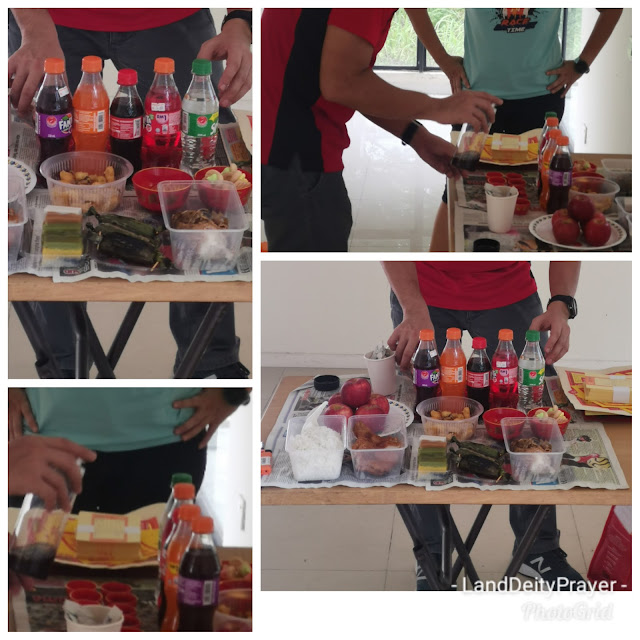 Second, we prayed to the Land Deity that resides inside that house to help Aaron to get the buyer as soon as possible. We prayed earnestly to the Land Deity several times on different days. We always offered the Land Deity rice, delicious food, gold paper, heavenly money, deity's clothes and 5 bottles of sweet soda drinks. Land Deities have 5 directions and they love to eat anything sweet. Look at the above photos closely before scrolling down. 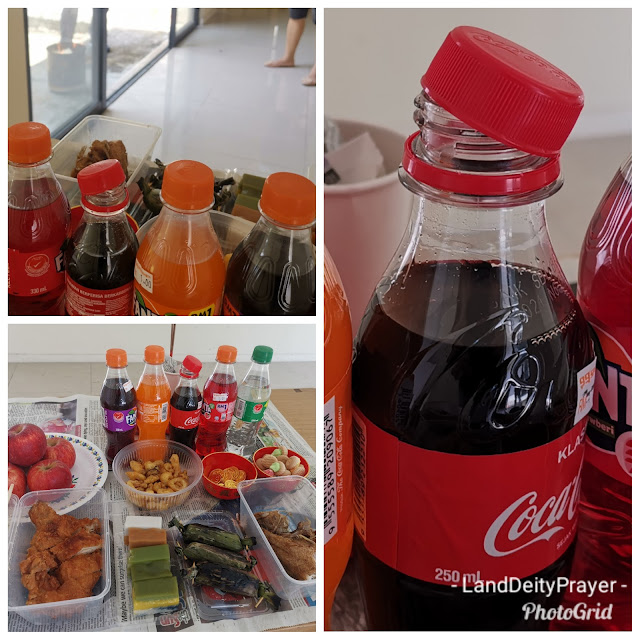 We left the house after placing joss sticks on the urn for the land deity. He needed quality time to enjoy the feast within the duration of the burning joss sticks. We came back into the house about 20 minutes later. GOSH!!! I saw the middle bottle!. I was stunned that its bottle had uncapped by itself. The 5 bottles were placed closely and touching each other. If that middle bottle had exploded naturally, there would be spills or probably toppled over. No, that bottle stood unshaken, clean and no spills. I smiled and told Aaron that the Land Deity wanted to show signs that he was happy. My heart was overjoyed and confident that the house would be sold at last. 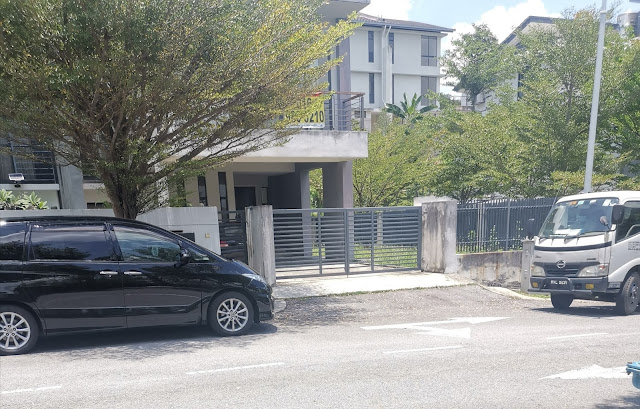 Before we left the house, my wife saw a female ghost had seated herself inside the car. It was such an eerie incident in broad daylight. The female ghost had been living inside Aaron's empty house for several years and he had also unknowingly chauffeured the female ghost many times everywhere. She liked him, his face, his energy and clung to him behind the driver's seat. Poor Aaron had no idea of this ghost and freaked out. My wife sprinkled some holy powder around the car to shoo the female ghost out. Aaron wanted to sell off that car after hearing the spooky tales of that female ghost. My wife smiled and told me that she would buy over that Toyota Estima from him. My eyes rolled up in terrible shock and I was speechless for weeks whenever she mentioned buying that Estima.

Not long after, Aaron happily informed us that his house had been sold by an agent. Everything was quickly settled with smooth payment from the bank. Believe it or not, we need to seek divine's blessing for everything in life. Aaron had waited for years to get rid of that 3 storey house and we successfully helped him to find the buyer within months during the MCO period.