Come this month's end, marks exactly the 13th year since I created this blog in the year 2008. Now that I have shared many chronicles of my journey in palliative care, life & deaths, travels & spiritual matters, I hope you enjoyed it. Just tell me what you liked and disliked! HONESTLY I started this blog with the encouragement from the divines above to create some needed awareness that the spiritual world & dimensions are all real. Remember that they are 100% real and we will return someday. Be good from today onwards.
Believe In God.
Say Your Prayers.
Do Charity.
Go to Heavens. 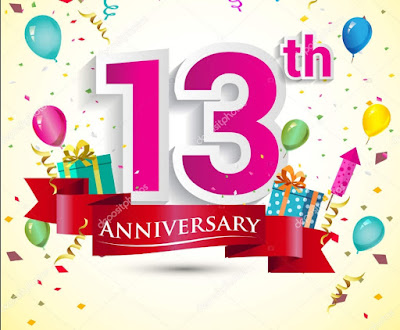 I was once, the copywriter for a local famous HKG advertising agency for over 10 years, so writing was easy as I had to write for all the Top 10 property developers' brochures and newspaper ads. Why was that HKG agency very famous in Hong Kong that attracted local developers? The agency was founded by the famous Cantopop singer & actor Got Man Fai (Best friend of HKG comedy actor Stephen Chow Sing Chi) I am sure you know Mah Sing, Berjaya Properties, Tropicana, SP Setia, OSK Properties, PJ Development, Sunway Properties, Sime Darby, PKNS, LBS Properties, Exsim Group, Binastra, See Hoy Chan and many others lah. Those were tougher and bombastic write-ups while I could simply relax my blog writing style today with so many grammar & spelling typo errors everywhere. I headed that HKG ad agency to sell advertisement services but the HKG boss felt that I could write better with flair compared with Mass Comm. graduates whose writings were stiff. So I had 2 roles and earned double allowances those glory years. Anyway I suffered working there as the stress was killing me. That agency is well connected to all the famous movie stars from TVB and we had engaged their services to endorse many high end properties in Hong Kong and across China too. Those were the days.
I must say that I enjoyed reading many blogs over the years as they provided me some laughter, entertainment and many useful information. Knowledge is part of our education which is better than Gold. So we must learn from our cradle to our graves. During this pandemic era with so many MCO and lockdowns, the ability to read many blogs kept me sane and away from sinking into depression many times. Thank you to all you blog writers who were so hardworking to keep me sane and happy. When you read this post, then you are the blogger! Besides that I have many valuable silent readers over the years who wrote to ask questions and we kept in touch till today. A big thank you and appreciation to my silent readers who have faiths and trust in me. Love you all.
The bloggers of the early years who spammed SK's blogs left behind many precious memories which were often hilarious. We had several gatherings of bloggers too and exchanged gifts & expensive meal treats. Bloggers SK and Lina were very nice and often shared generous gifts & treats with many. I love them forever. I met up with SK often for tea as his office was conveniently located between my office and home. He was so hardworking and always invented beautiful personalized gifts and CDs of your favourite singers. To qualify, you needed to spam insane numbers of comments to be top winners. It wasn't easy to fight with that Mamarazzi of Small Kuching who had so much Nenek Kebayan comments to write. Muahahaha! We also had this Sibu Blogger who was amongst them and he was such a great pain in our asses for always leaving rude and sarcastic comments to hurt many bloggers including myself. We just tolerated due to his senior age gap until one hot kettle exploded one day. He asked for it for being a big Cyberbully with his size and stupidity. Many bloggers started to have war of words with him until he chickened out by 'blocking' our innocent gang fellas. Enough said of him. So this is one group of bloggers during SK's era who have mostly retired or evaporated into thin air.
Now there was another loose group of Muscle Marys headed by an idiot blogger from Klang. He dabbled in witchcrafts and charms yet no one knows it. He was nice to most of them who have same sexual preference. We met up few times and it was no fun as the chemistry doesn't click amongst them. I met one nice blogger named Fable Frog. He was an extreme introvert and shy person who hardly talked. Yet, he often chatted online with me because he often had spiritual encounters and we got along well with this subject. He was the most daring blogger to post many nude and semi nude photos of himself with blurry angles. One thing led to another, he cleared and tidied up his Fable Frog's blog one day. Next, he committed suicide by hanging! I was shocked in disbelief for many sad days. I was stunned to see his blog with empty posts but he left behind the side bar which is still actively running to show which blogger has updated. One of them is Twilight Zone. (.....faints.....) 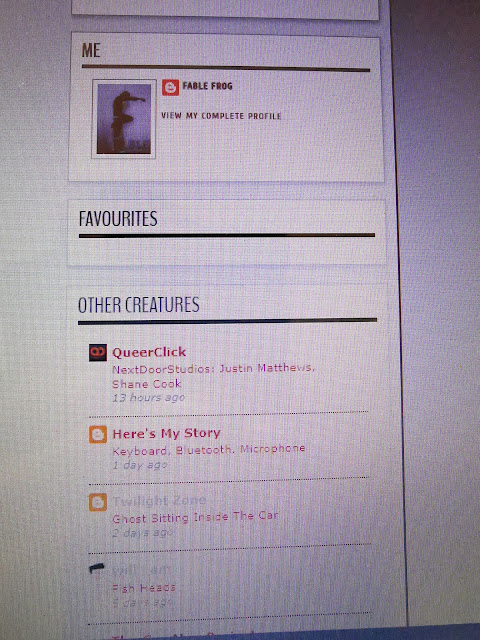 See my blogspot update in Fable Frog's blogpost! Below me is Will.I.Am who is a cute & hilarious person.
Do you think he still reads my blog?? Eeeeeeeeeeeeiiiii
The next Cyberbully was Blogger H@ppy Walk3r. He was very young and hungry to make extra money. He started his blog with fat hope that extra income would come through blogging ads. He left Touch&Go comments in everyone's blogs with the hope to see returns. Sounds like Sibu Blogger too. Anyway, this HW blogger got attracted to my spooky writings and started to leave snide comments in my relevant posts. I don't blame him for not believing in karmic and spiritual issues as he was too young & naive. Not enough said, he went on to attack me in his own blog post saying I shared nonsense. He challenged the unseen ghosts many times to appear and prove to him their existence. He even directed the attacks to link to my blog for the whole world to read. Not long after, he went crazy and lunatic suddenly. He desperately tried to contact me through emails to beg for help. He started getting invisible attacks from all corners, all day from the unseen. Later on, things started to get worse as he often went into trance state. The worst embarrassing incidents were during dinner gatherings with his relatives in the restaurants. He would suddenly get up from his seat, screamed nonsense in alien languages and ran amok in trance state. It was scary to see him stomping his feet and shook his head uncontrollably. All his relatives ran helter skelter through the windows and back doors of the restaurants while few stronger uncles & his father pinned him to the floor. It happened 2-3 times and every relative had phobia to see his presence ever since. On few occasions, while his father drove him out, he would open the car's door and ran out running wildly. He would scream and swing himself in trance state on the streets. His father was so helpless and had to chase him by foot. Blogger HW begged me to meet him with the hope for some solution. I knew it was very dangerous for my safety and declined. I advised him to seek help from those Sifu who are specialized in removing black magic and exorcism. His parents paid a bomb to seek help from a famous one in Ampang. His journey to recovery was a tough and long one. That's the price to pay for his vicious tongue and slanders. I am very sure it is not easy to fully recover back to his original self for all his sins.
SAY "NO" TO CYBERBULLIES! 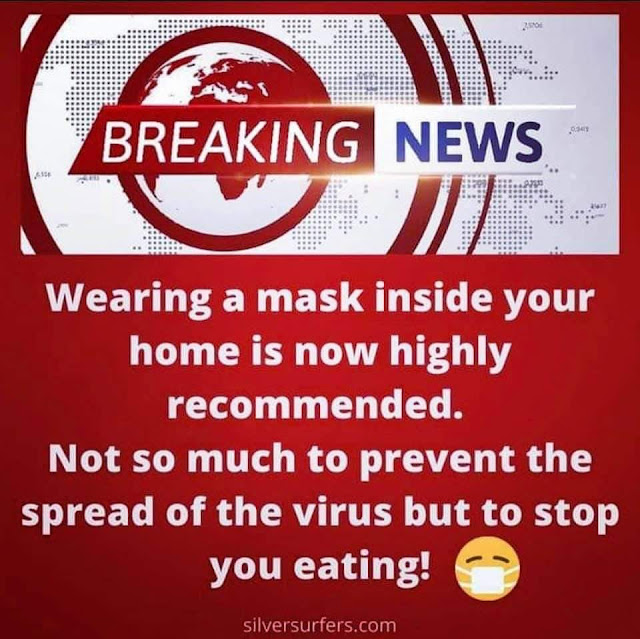