I was excited to find out that the famous Three Kingdom's Warlord Liu Bei was buried at the Huiling Mausoleum in Chengdu. My wife told me many tales of their battles in ancient China that made me ponder about human's greed for power until today. Our human hearts could be so terrible until they waged senseless wars without caring about the lost lives of million innocent families! I pray that it would never happen to this country. 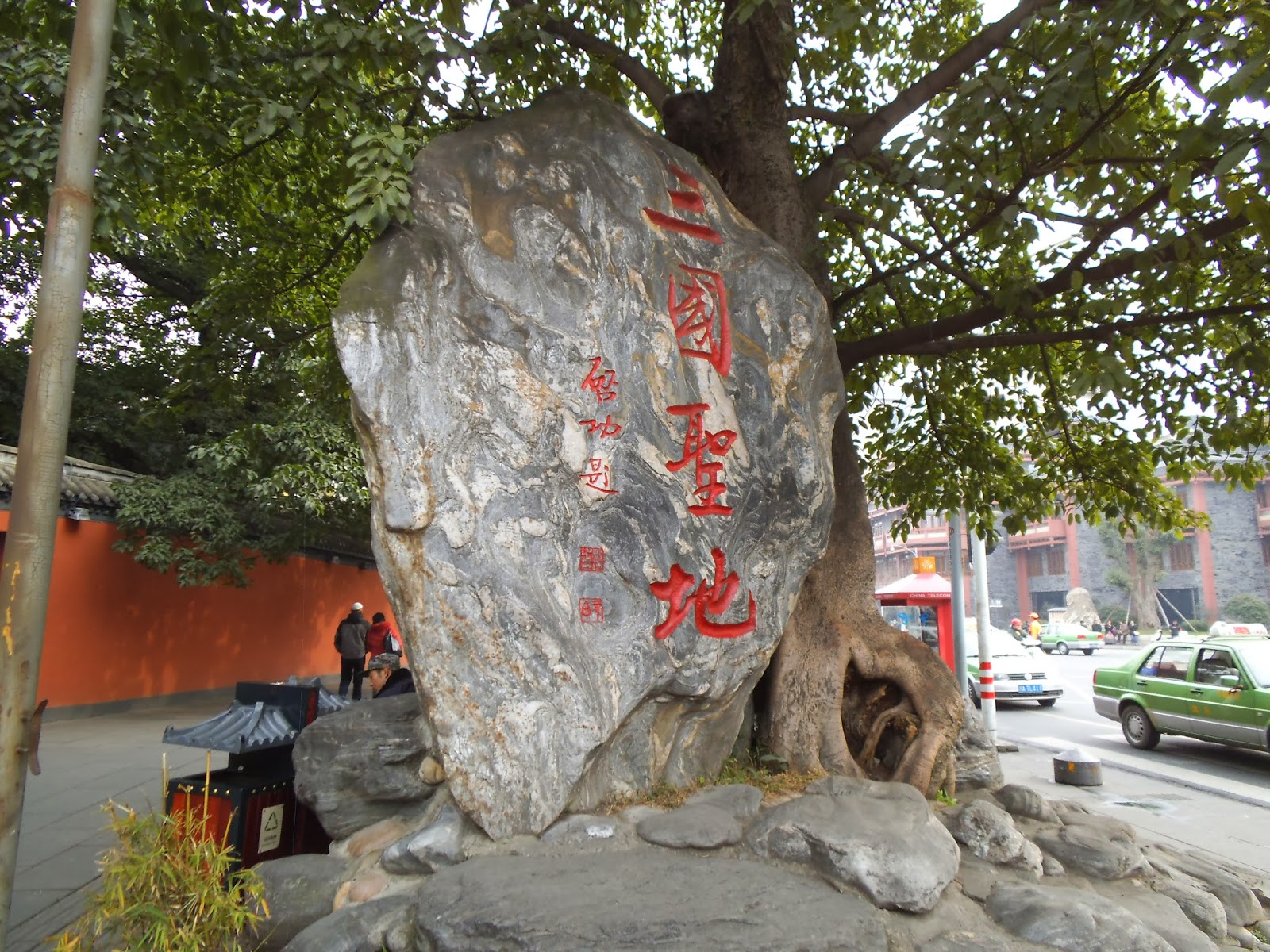 1. The prominent stone sculpture at the entrance of the Zhuge Liang's Memorial Temple and the Mausoleum of Warlord Liu Bei who founded the Shu Kingdom in ancient China. It took me a long time to wait for the crowd to disperse so that I could have the whole rock to myself! 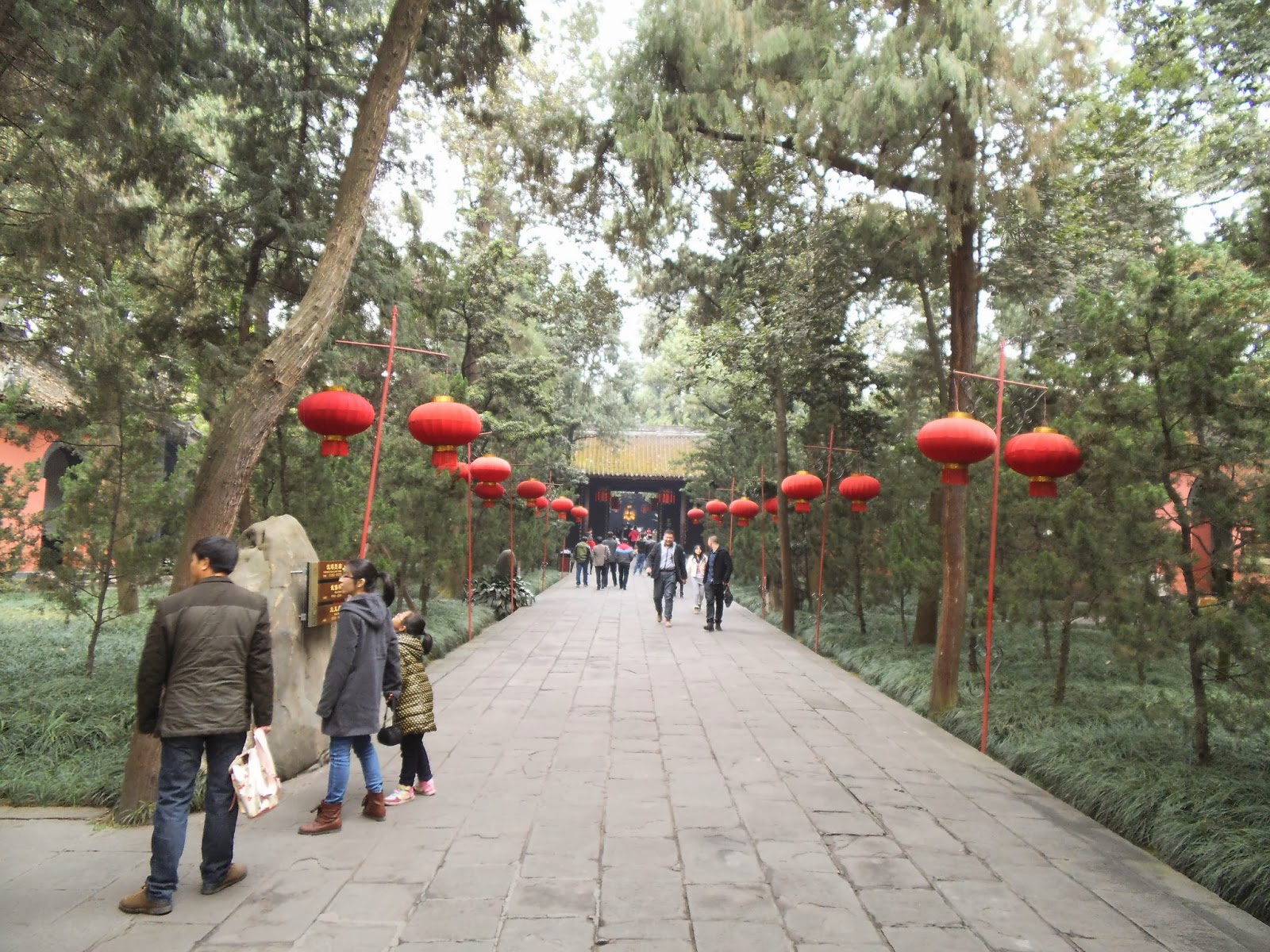 2. This place is very huge with lots of pavilions, shrines, courtyards and beautiful landscapes at every corner. 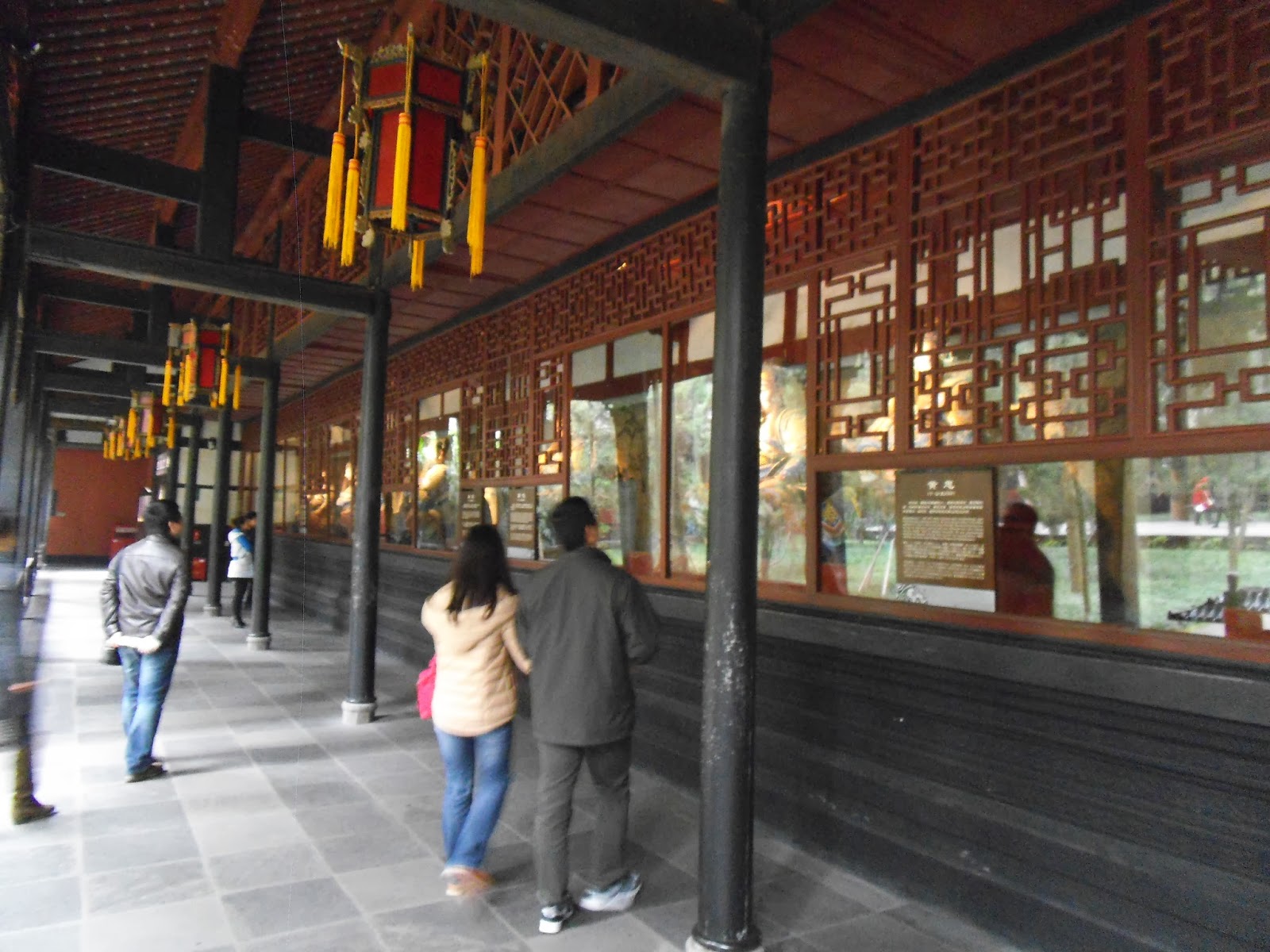 3. They have 2 rows of showcased shrines of all the famous Three Kingdom's warriors and scholars where their detailed statues were placed as respects by different Emperors from the Tang Dynasty until the Qing Dynasty. 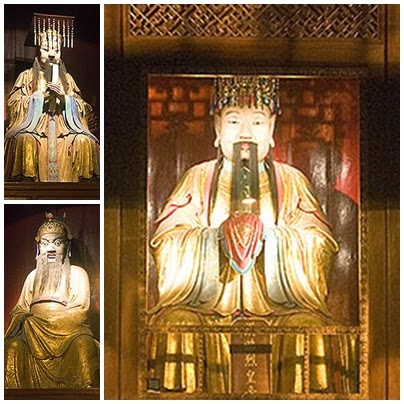 4. I am only posting the few famous ones that many of us know about. The top left one is Guan Yu (Birth Unknown- Died 219 AD), a Major General to Warlord Liu Bei who is today a widely worshiped deity in Taoist Temples worldwide. The bottom left one is Zhang Fei (Birth Unknown - Died 221 AD), another Major General to Warlord Liu Bei. The right one is Liu Bei who founded the Shu Kingdom. 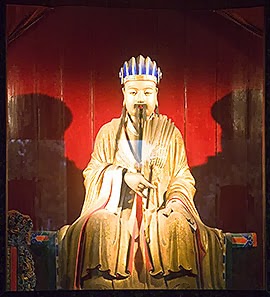 5. Prime Minister Zhuge Liang ("Kongming", 181-234 AD). Wise and loyal strategist and Prime Minister to Warlord Liu Bei. He was so smart and popular with the Chinese folks who still respect him until today. Finally, I got to see the real face of Zhuge Liang. 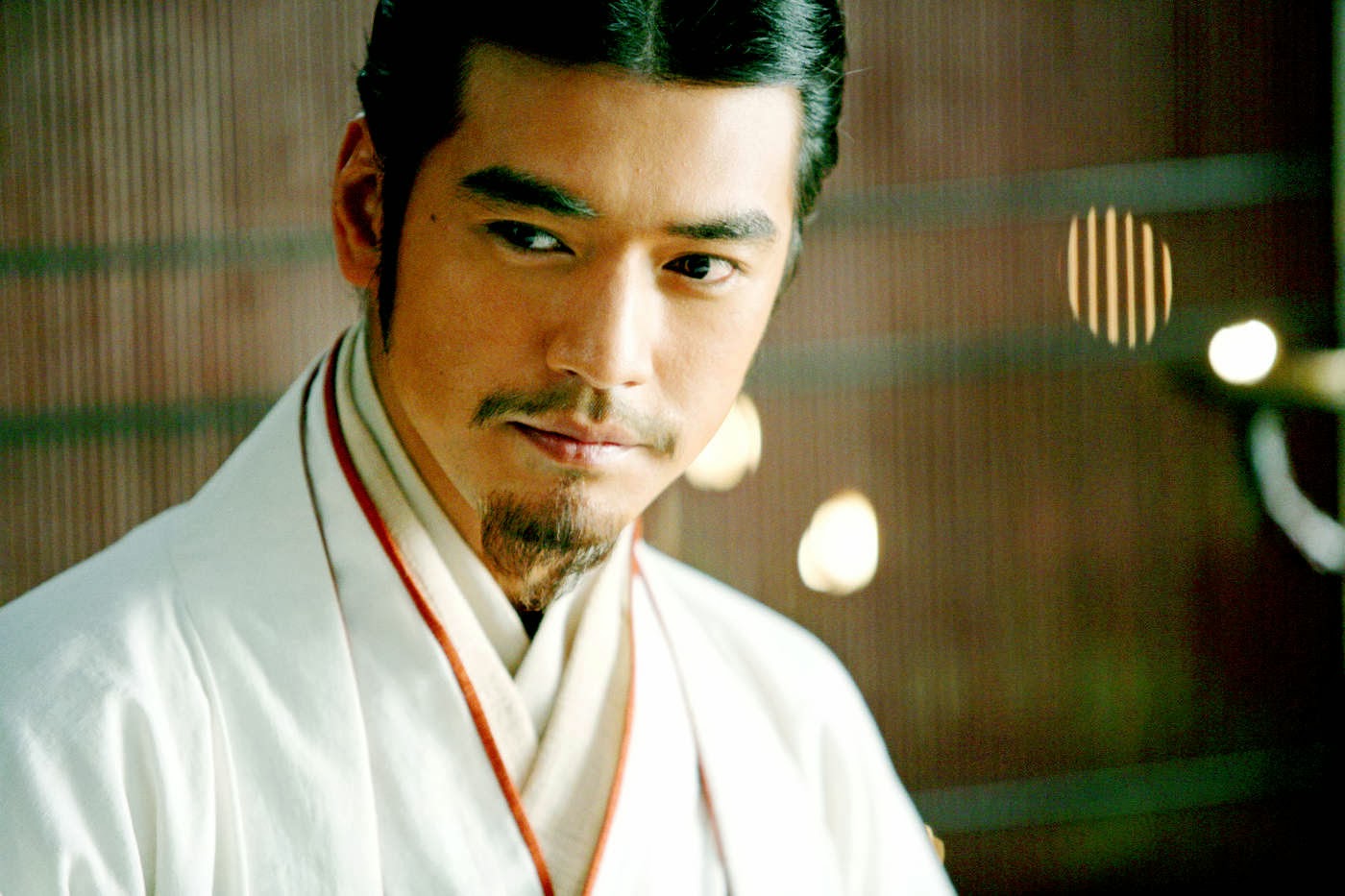 6. Most of us can remember that Takeshi Kaneshiro acted as the wise man Zhuge Liang in the movie "Red Cliff". 7. The whole area has many ancient tablets written beautifully since the Tang Dynasty under the Imperial Orders of the Emperors. I wish that I could read them all. 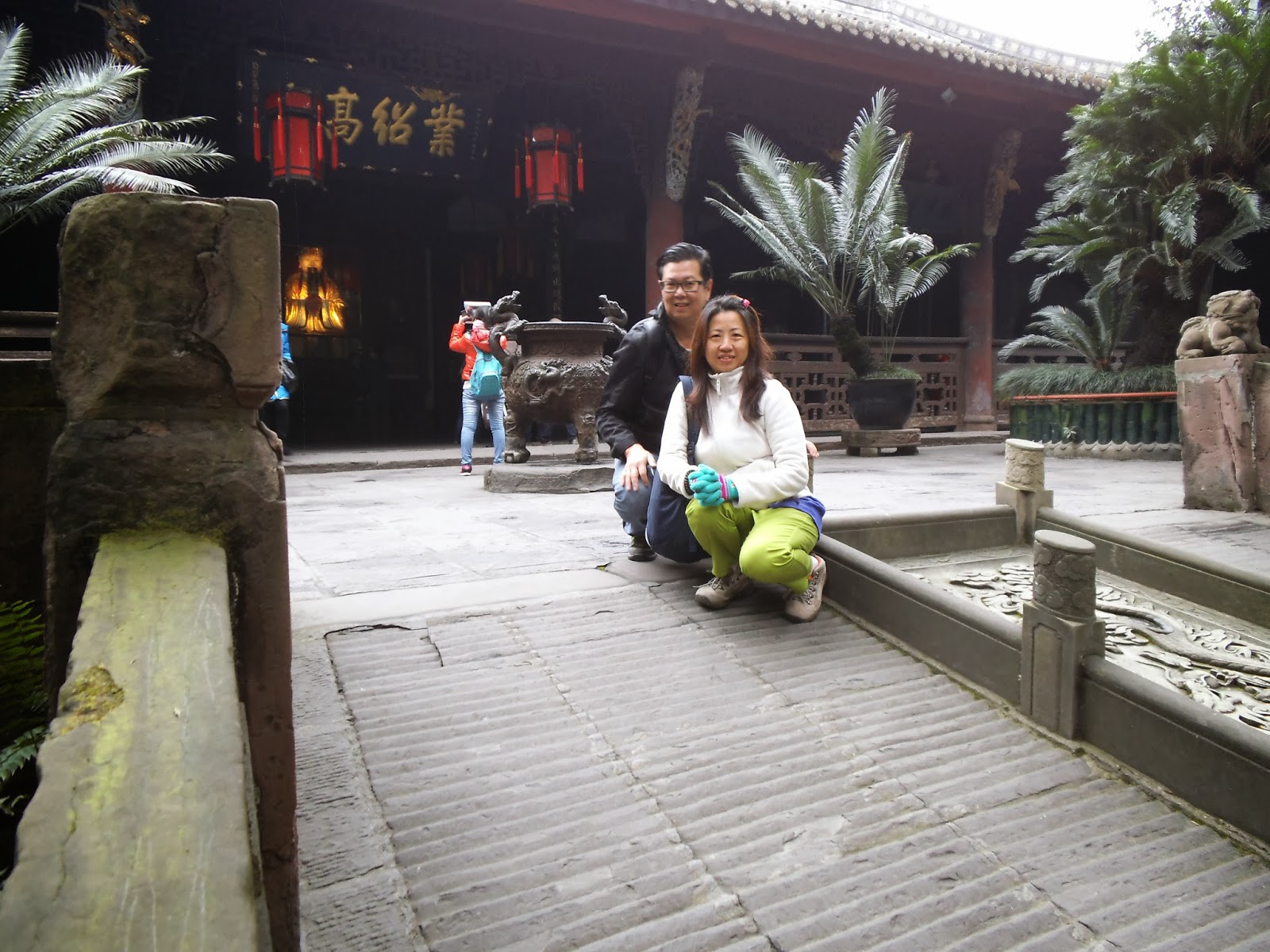 8. A selfie portrait shot of our memorable and happy trip! 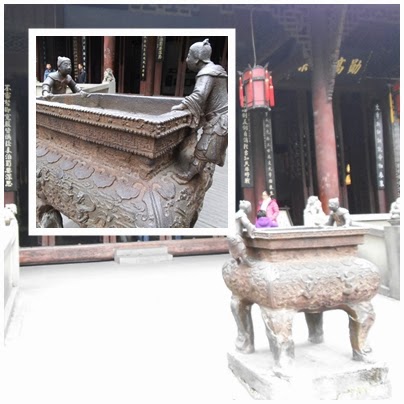 9. I was attracted by their old Chinese designs of joss stick urns which had different figurines. 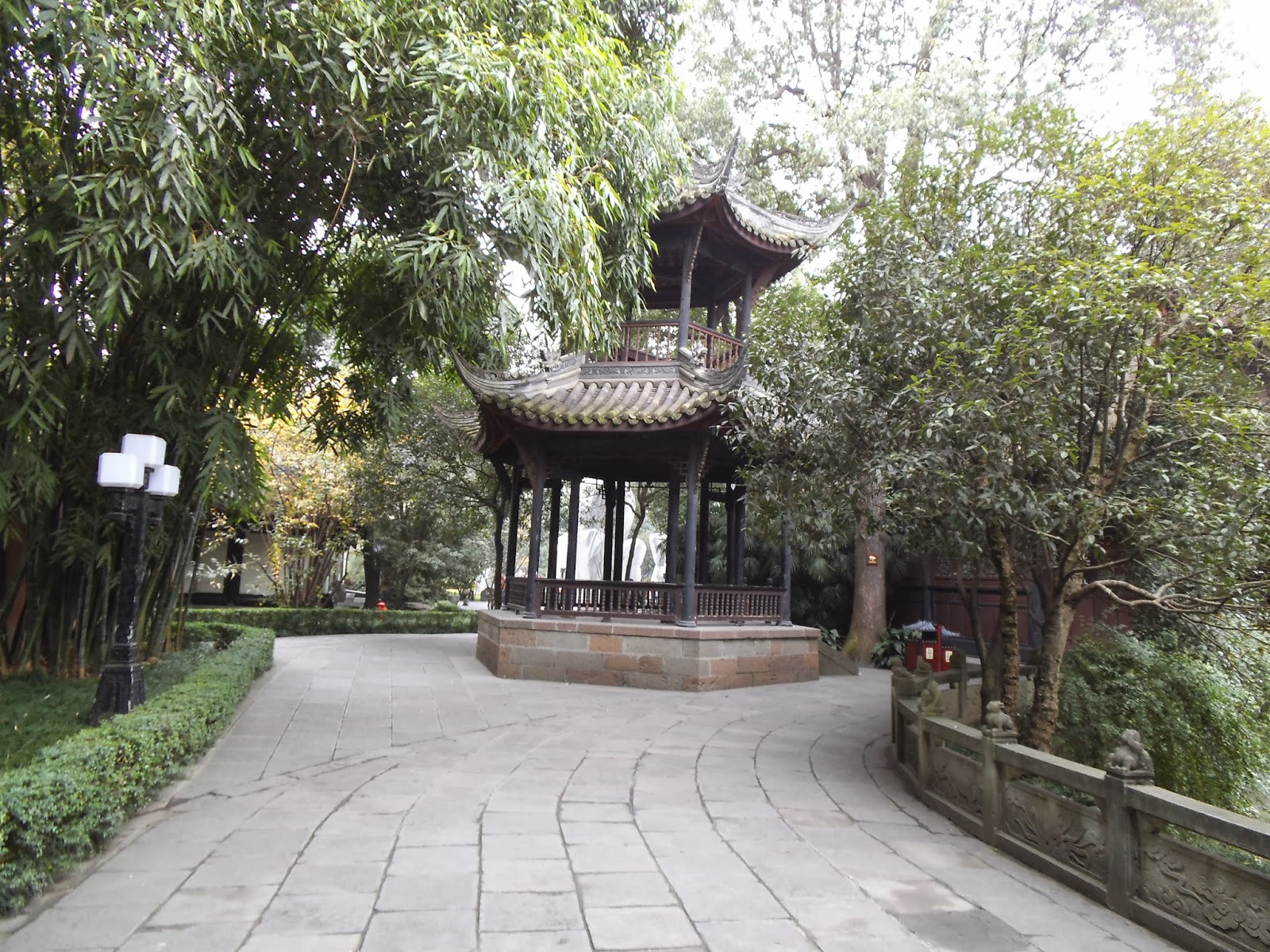 10. It was a long walk across the various paths that led us to different pavilions and beautiful courtyards. 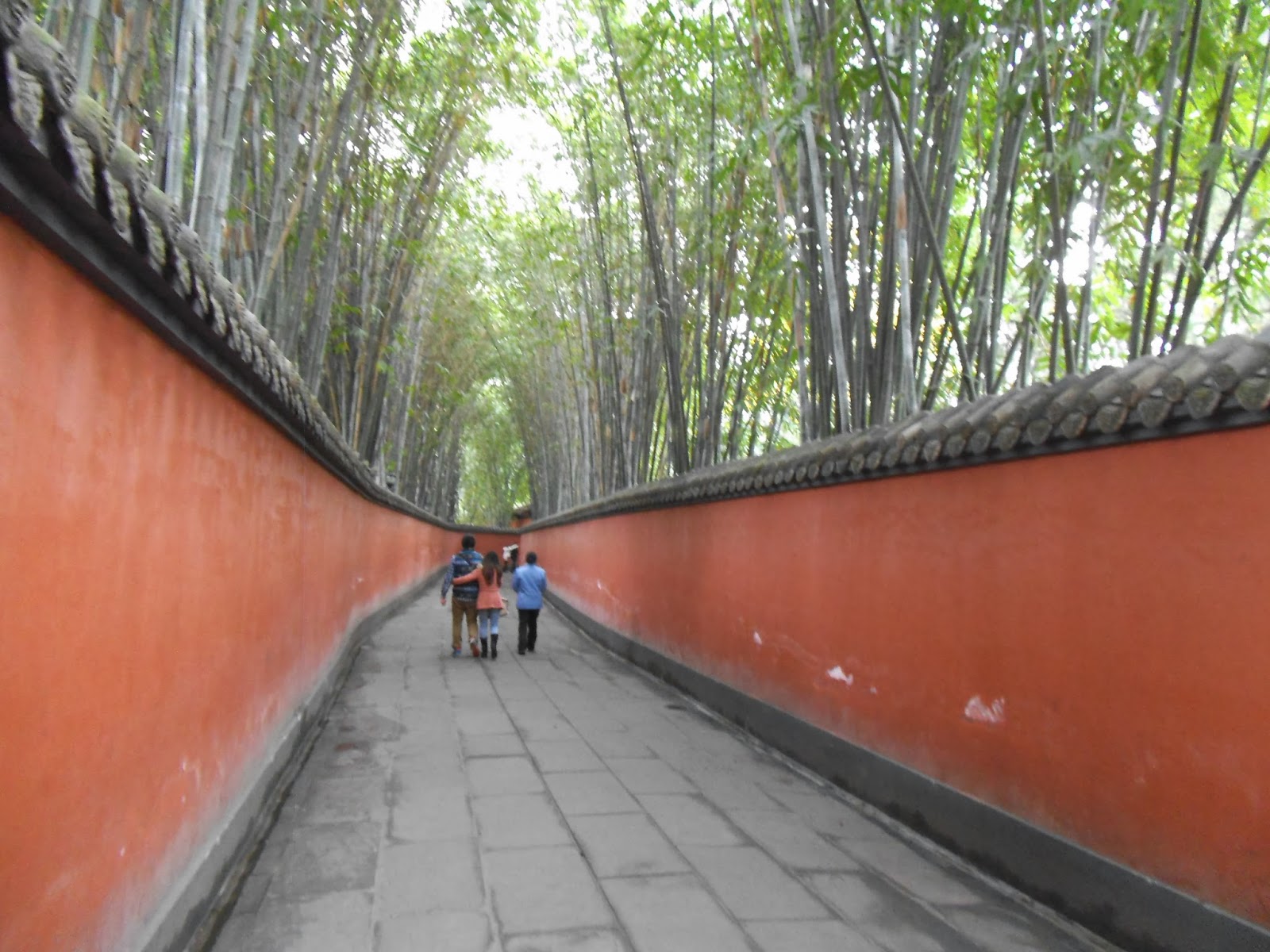 11. This walled path is very lovely with tall bamboo groves flanking on both sides. 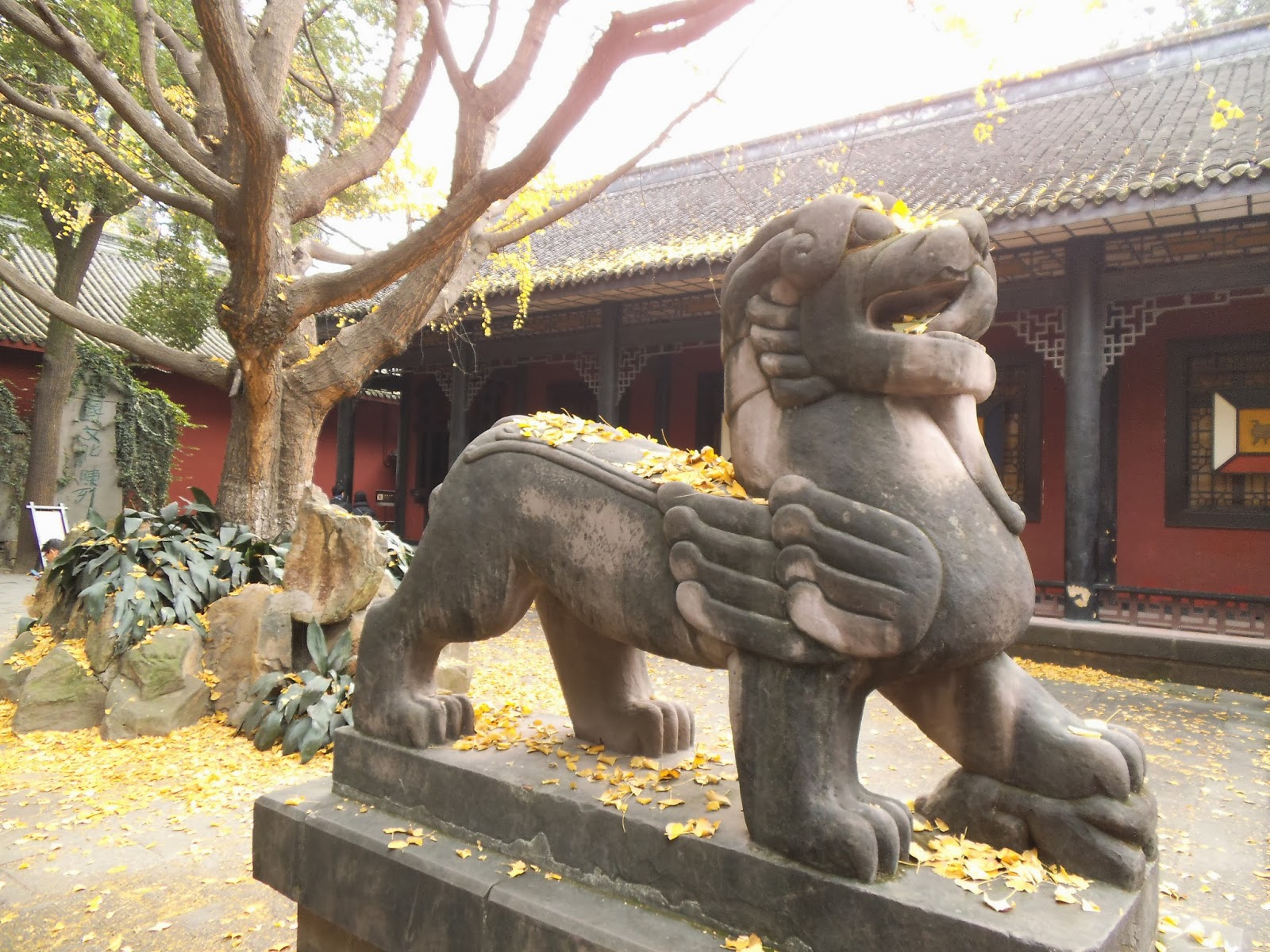 12. There is a small museum behind this Lion Statue which housed the various ancient figurines unearthed during the Three Kingdoms with much explanations of the history. I do no wish to post the photos which might bore you. 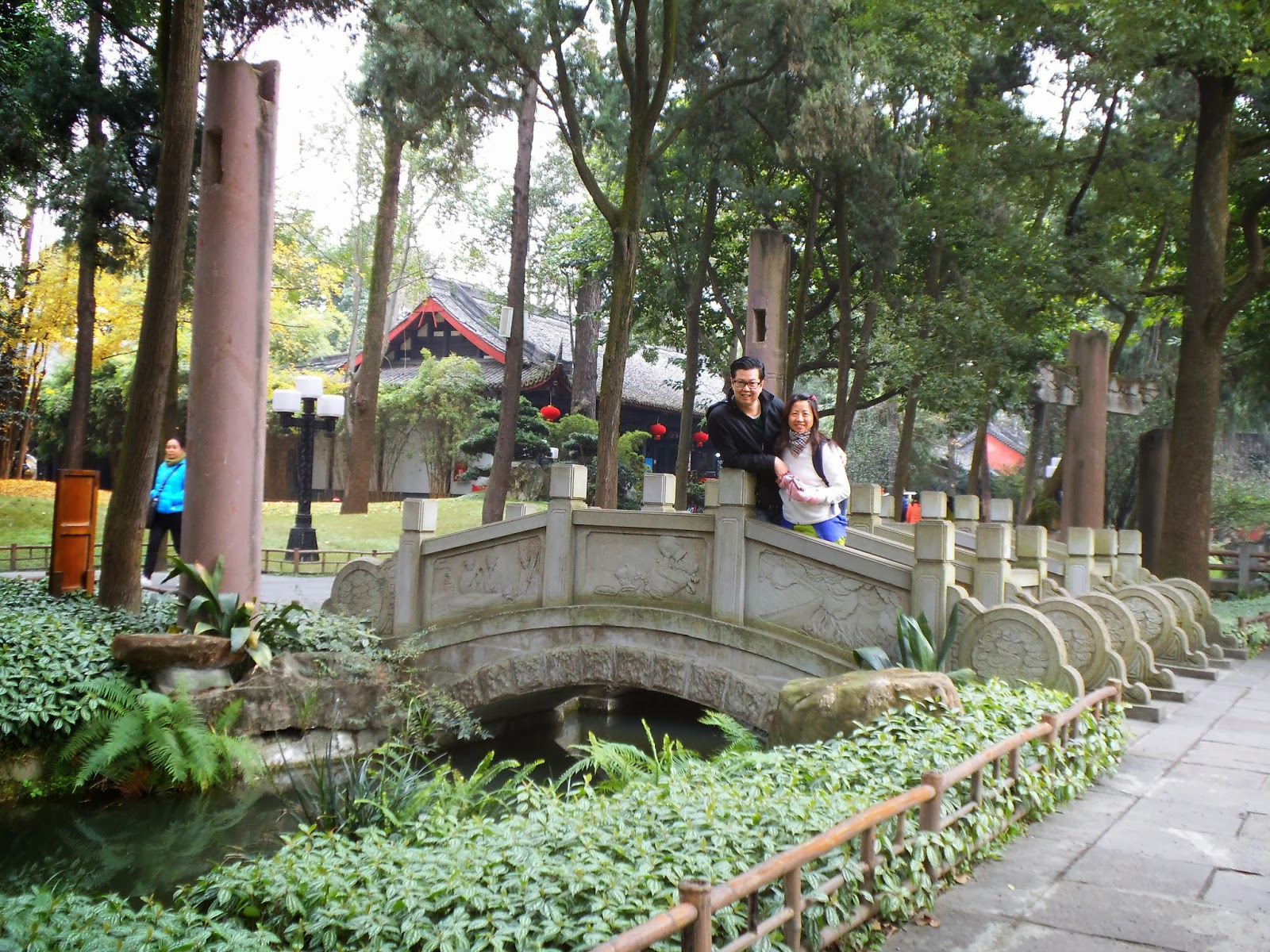 13. Here is another couple shot over the bridge. 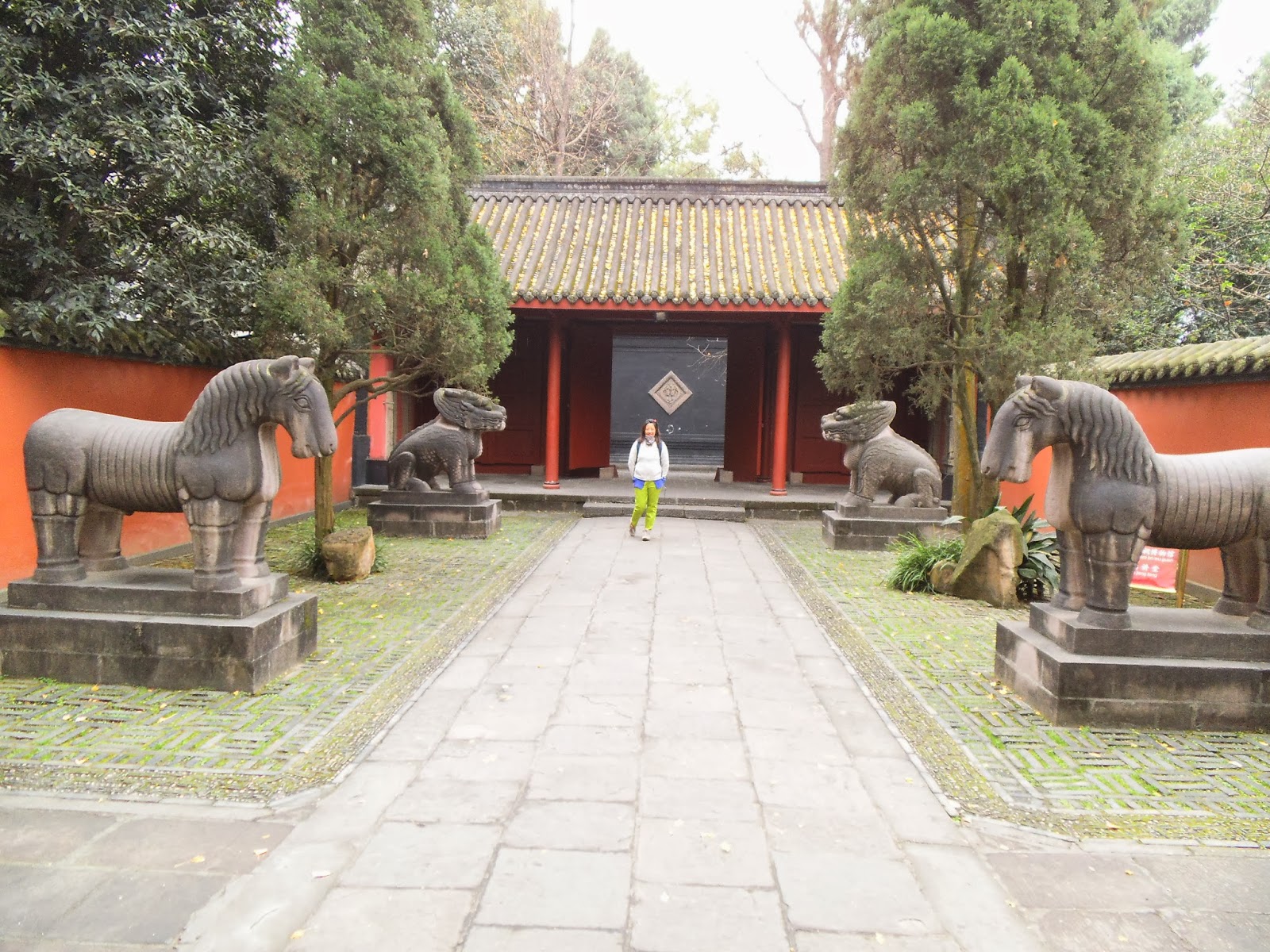 14. This is the entrance leading to the tomb of Warlord Liu Bei. It was common to have various statues of animals and scholars lining outside the Emperor's tombs in China. 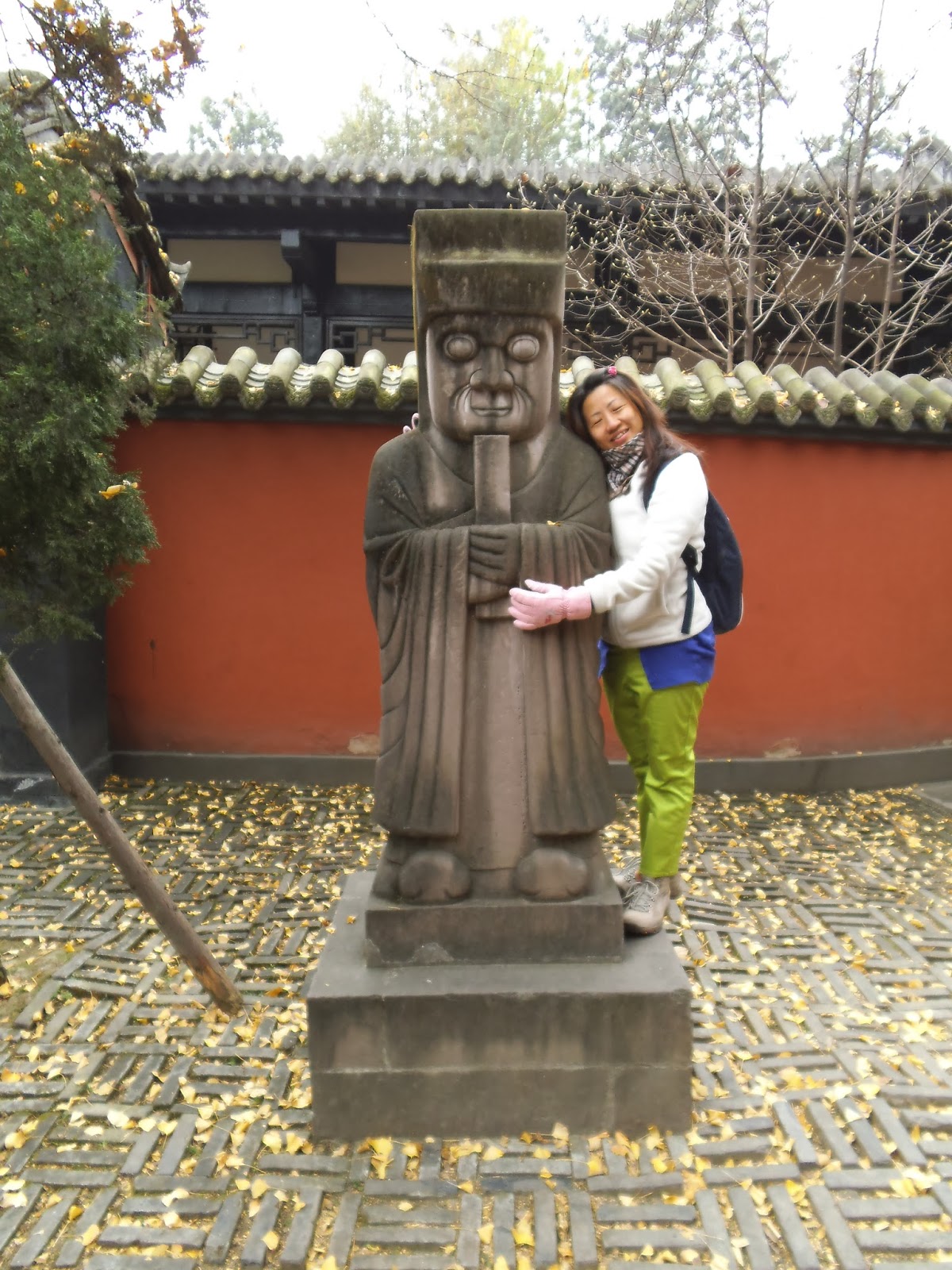 15. I have no idea whose statue was the famous scholar but I do know that green pants lady is my wife who is now a scholar pursuing her Masters at University Malaya. Good luck to her studies. 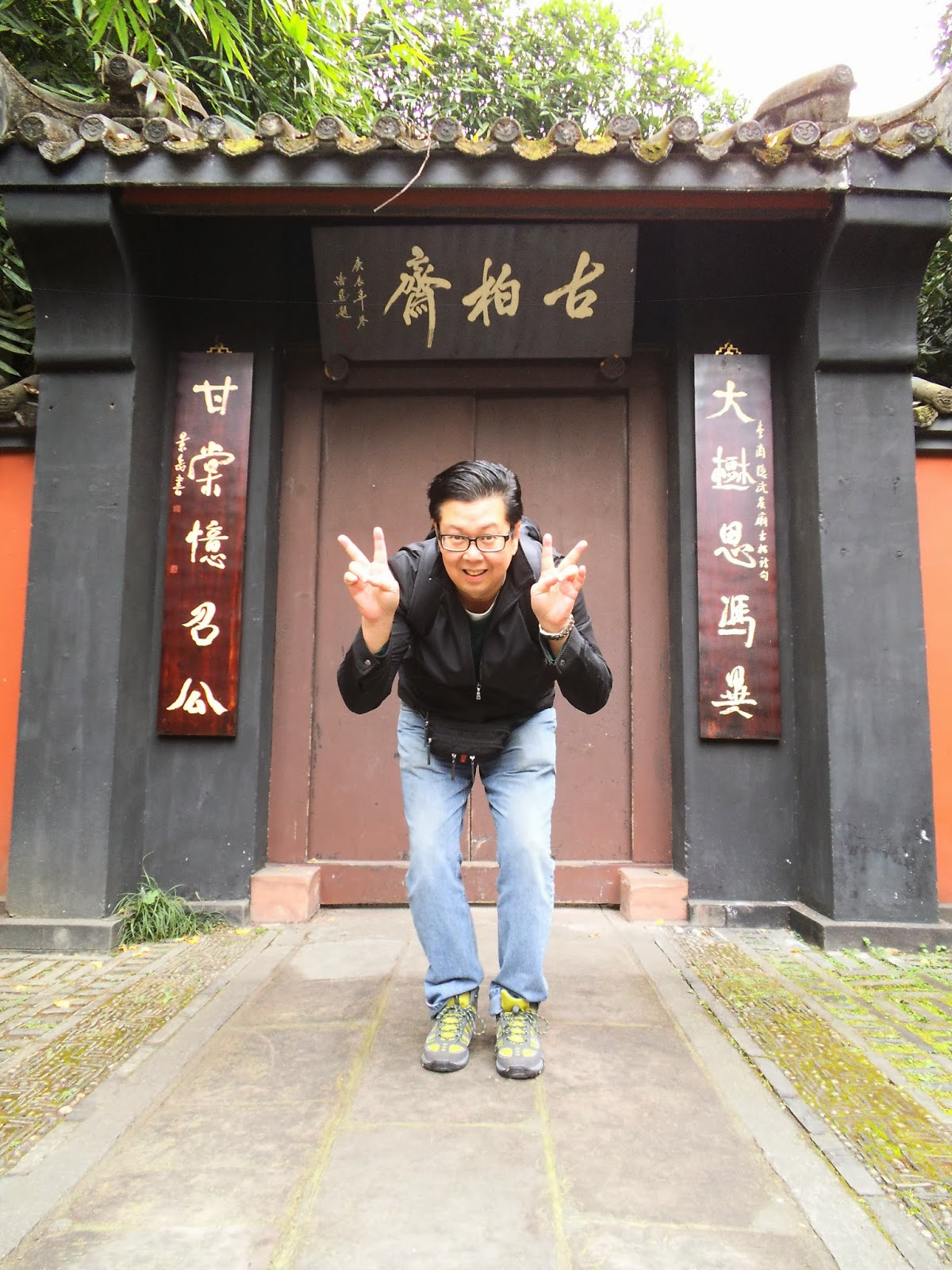 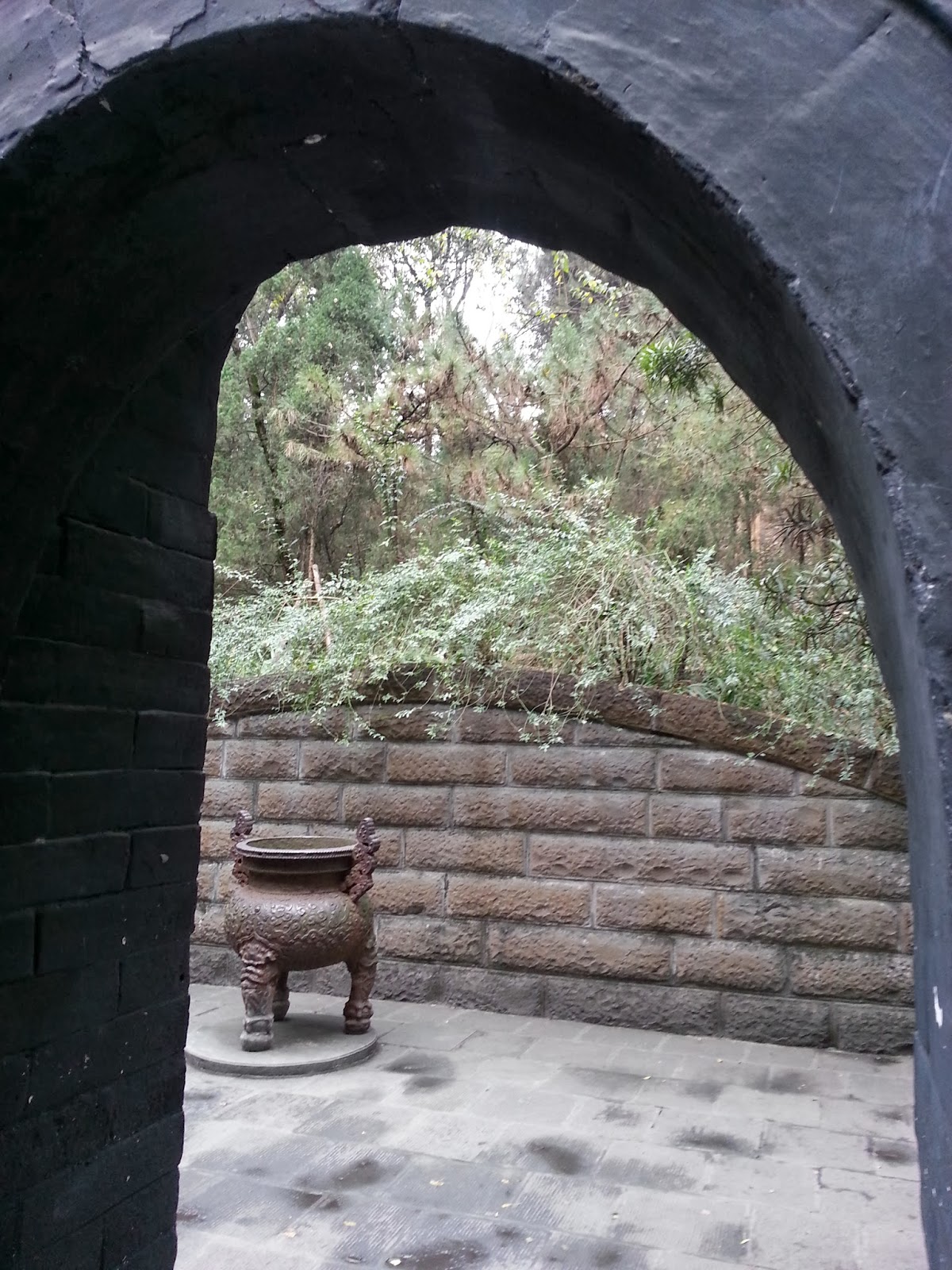 17. The ancient tombs of the China's Emperors were often buried deep inside small hills in round shapes. It was so huge that nobody could take a single shot of the whole view of Liu Bei's tomb. 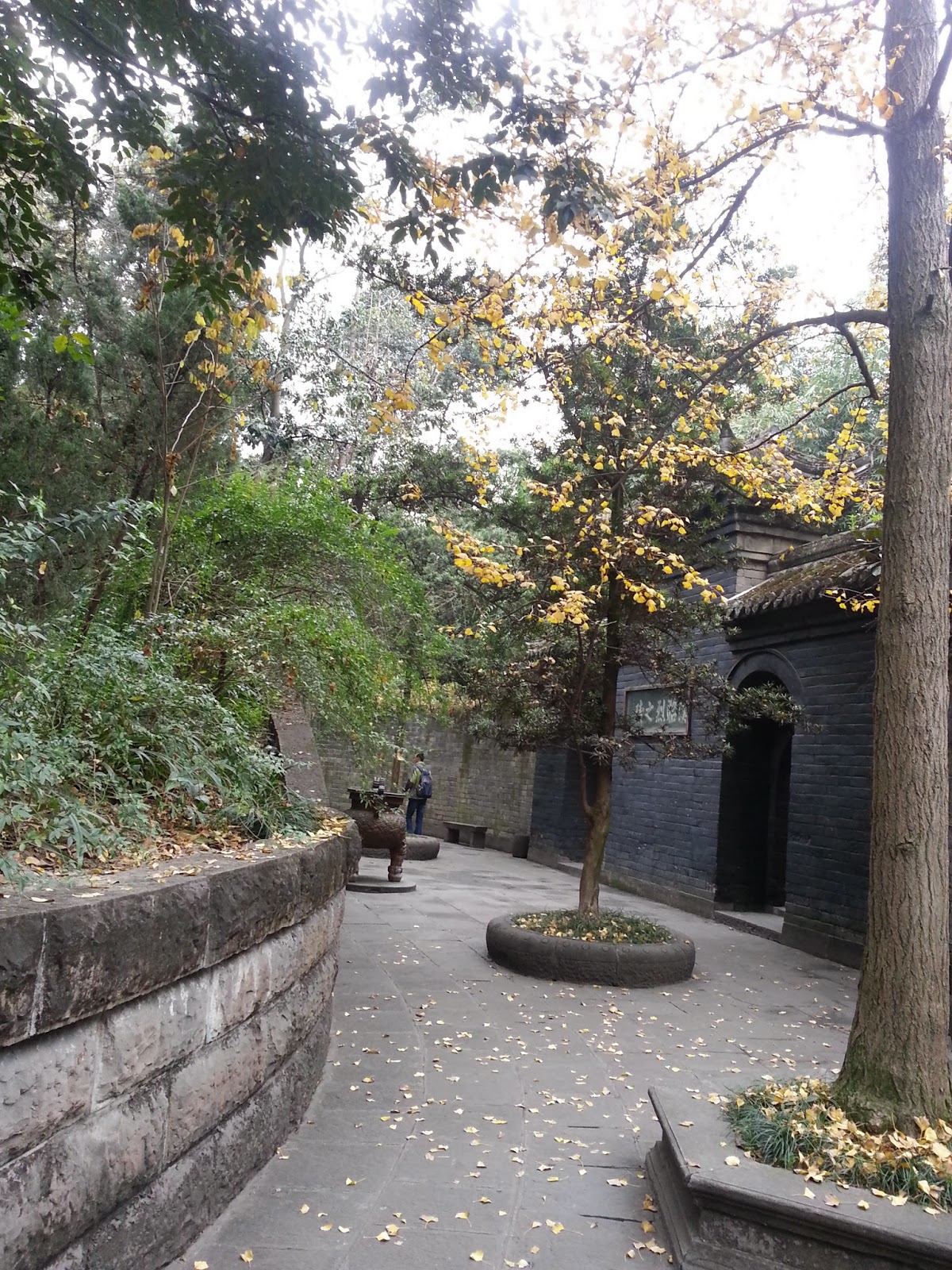 18. We joined all the visitors to walk in one big circle around the tomb. Here Liu Bei was buried alongside his 2 wives and there was no record on the date of this ancient mausoleum being exactly built. 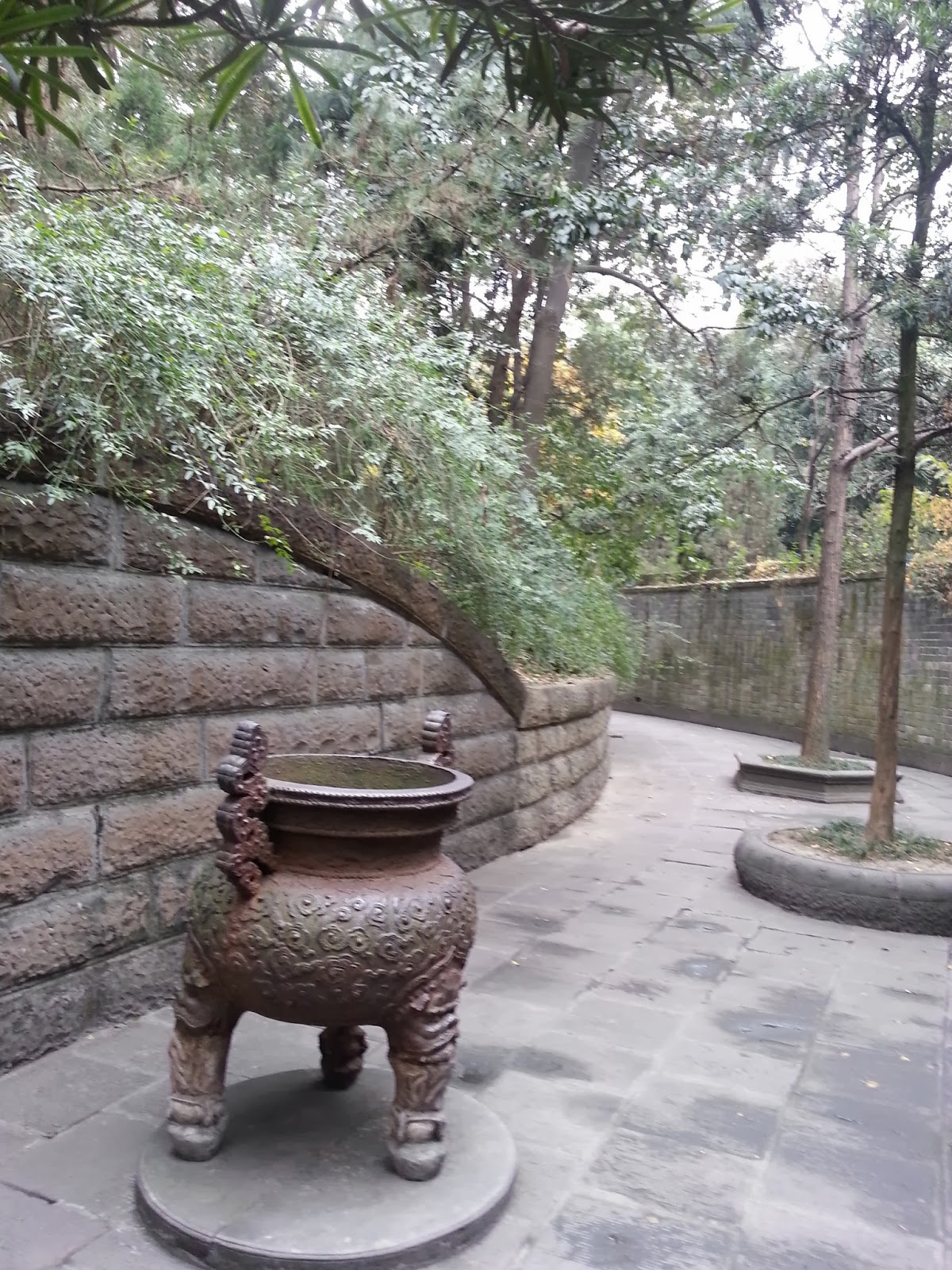 19. One circle completed.
If you are a fan of the Three Kingdom's history, you must visit this place in Chengdu - Sichuan Province! 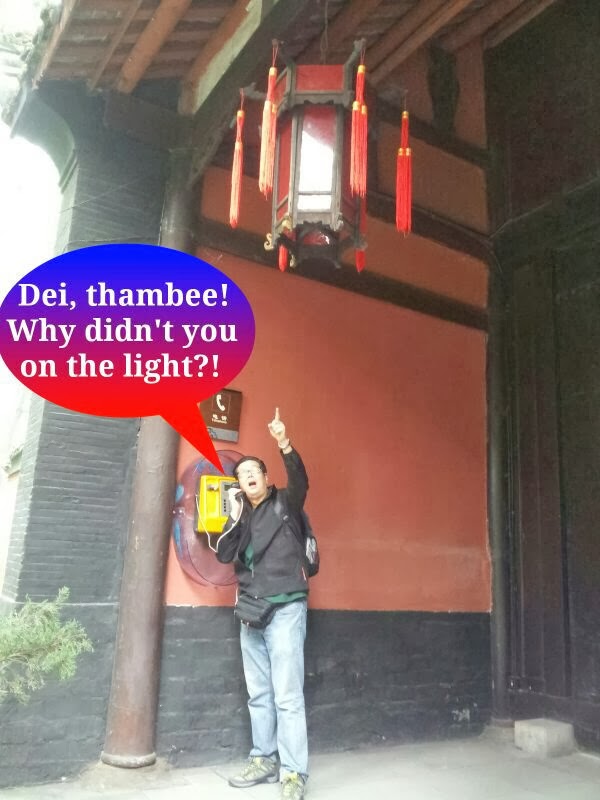 20. I was trying to call SK in Malaysia from Chengdu.

on January 20, 2014
Email ThisBlogThis!Share to TwitterShare to FacebookShare to Pinterest