It has been my wife's dream to visit "The Silk Road" in China where the ancient traders used to ply and where Buddhism was first preached. I had planned this trip for some years and decided that it would be much cheaper to travel on our own instead of joining the tour. It was so relaxing and hassle-free. We started off with the ancient capital of Xian which is in the Shaanxi Province. Next year onwards, we hope to visit other towns along "The Silk Road" like Dunhuang, Urumqi, Inner Mongolia and others. 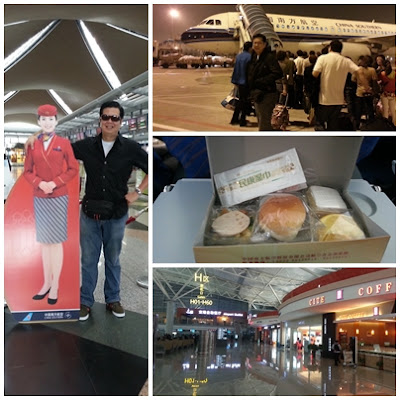 It was our first time flying a Chinese plane as it was the cheapest and only airlines to reach Xian with stopover in Guangzhou. The KL-Guangzhou's plane was only a 737! Goodness, my balls! All others were Airbus, so okay, free-balls! Their snack food were served in paper boxes with an orange inside! LOL. Dinner meals were proper and complete in typical trays. I saw with my own eyes how those stewardess were very rude to China's passengers! It seemed to be acceptable culture! 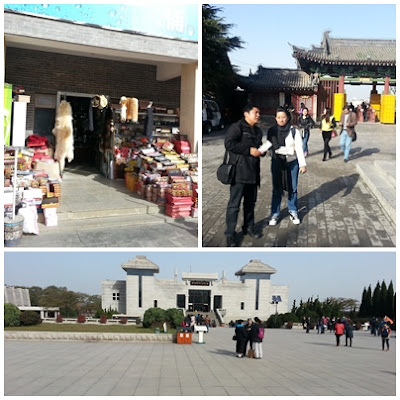 We hired a male personal tour guide Tom Liang, online before the trip with a private chauffeur car! The car was big & comfortable and I felt like an Emperor! We visited the most famous historical site first and it was the Terracotta Warriors & Horses Museum. It was built with huge roofs over the 3 giant pits where tourists could walk around the sides to view at the sites below. It was freezing Winter and the best time to visit Xian. You will have no chance to snap nice photos if you visit during other seasons. It would be very crowded with people! 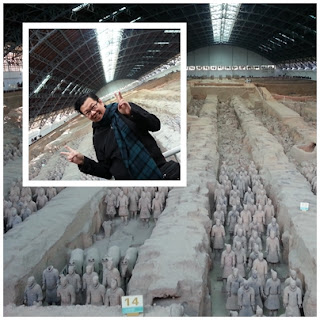 The figures, dating from 3rd century BC, were discovered in 1974 by some local farmers in Lintong district. The figures vary in height according to their roles, with the tallest being the generals. The figures include warriors, chariots and horses. 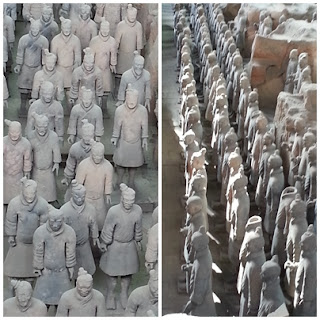 Current estimates are that in the three pits containing the Terracotta Army there were over 8,000 soldiers, 130 chariots with 520 horses and 150 cavalry horses, the majority of which are still buried in the pits near by First Emperor Qin Shi Huang's mausoleum. The above photo is the Pit No. 1. 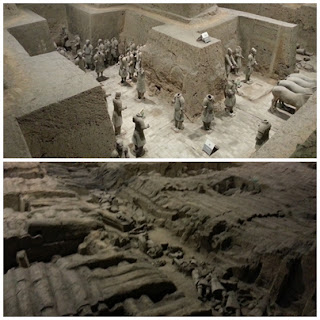 The above photos are Pit No. 2 & 3. I just posted a small section of the whole large pits. All the soldier statues were badly smashed & destroyed by enemies in later years and had to be fixed back one by one. They have not finished them since 1974! I could write many paragraphs about the warriors and their history but not here as you could google them. 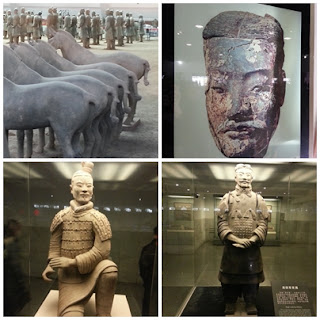 There were altogether 13 dynasties during the reign of Xian being the first capital of China. Almost everything was naturally greyish and brownish during the ancient days. It was during the Tang Dynasty when colours were being used in everything from buildings, figurines and clothings. Our tour guide Tom Liang was extremely patient and shared all his valuable knowledge of Xian with us. He could converse in both both Mandarin & English fluently. Somehow I think it was better to express the history in Mandarin language. 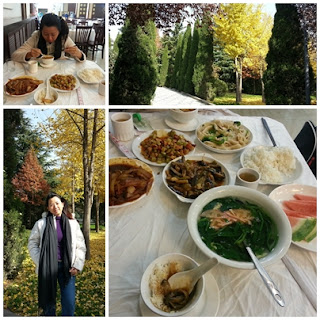 It was the begining of Winter and we experienced the temp from 8 degrees Celcius down to Minus 5 degrees at the peak of Huashan Mountains. We ate our first typical Xian Dishes for lunch and the bill was less than RM25.It was delicious and nice.

on November 22, 2012
Email ThisBlogThis!Share to TwitterShare to FacebookShare to Pinterest