Mount Jiuhua is located in Qingyang County in Anhui Province and is famous for its rich landscape and ancient temples.
We took a 4 hour bus ride from Nanking to reach the small hamlet of Jiuhuashan. The road leading to bumpy uphills passed many miles of vegetable and flower farms with tiny remote towns along the way. It was both interesting & shocking sometimes but that's life for me to learn. Most passengers in the whole bus spoke Mandarin with heavy Anhui slang that it was impossible for other Chinese city folks to understand.

We stayed 2 nights at a very spacious 5-Star Hotel Ocean Line which was built by Hong Kong businessmen. It was off peak seasons and I got it cheaply for less than RM200 a night. Next morning, we took another bus that brought us up along the very sharp winding roads to Mount Jiuhua.

My wife wrote in her BLOG to guide anyone who is interested to know the details to reach this mountain. 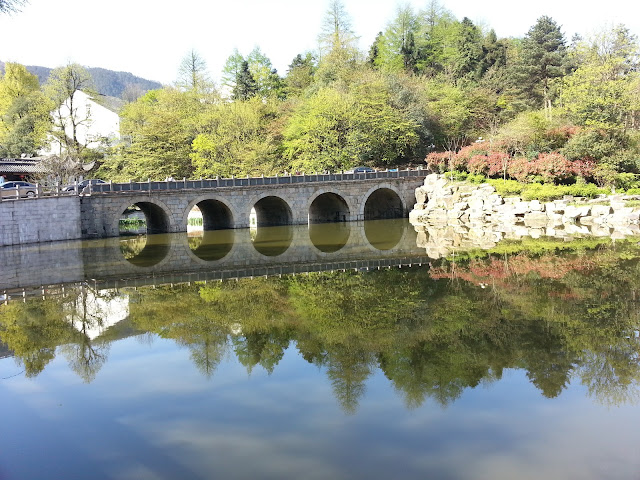 This small village has got many small hotels & shops to cater for the many tourists & worshipers. Look at their lovely lake with mirror reflections that looked like a pretty painting and it had thousands of gold fishes swimming happily inside! 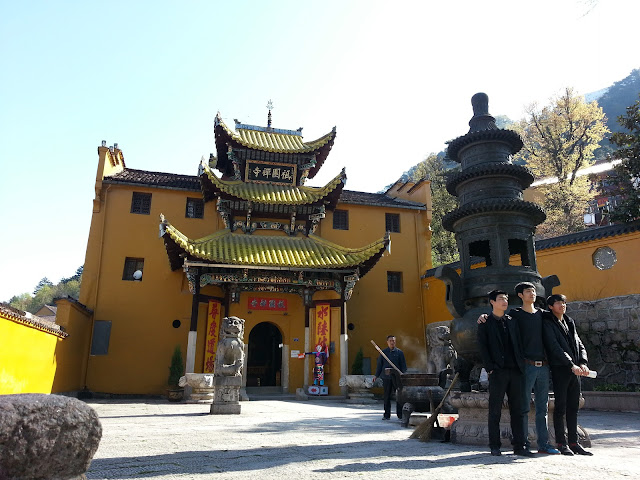 There are 99 peaks on this mountain with 90 temples scattered around the whole mountain range. Many of the mountain's shrines and temples are dedicated to Ksitigarbha (known in Chinese as Dìzàng Wang), who is a Bodhisattva and protector of beings in hell realms according to Mahayana Buddhist tradition. 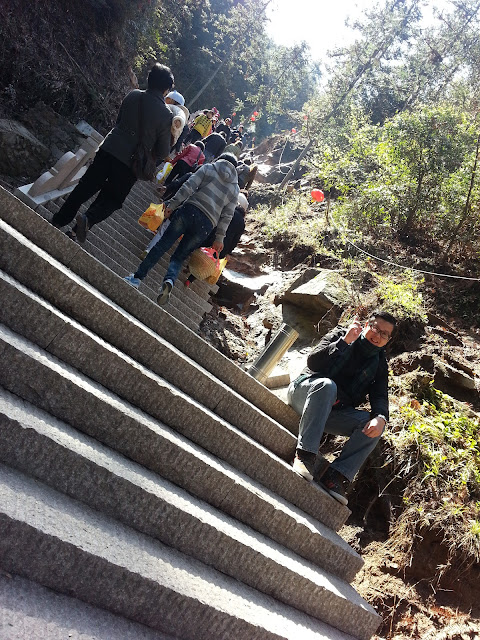 It was a long steep walk up the slopes with additional hundreds of steps to catch their cable car. I was strong all the way and sat down just to pose. Earlier, I had 2 months' gym preparations to strengthen my legs as I knew it was not an easy climb from sunrise to sunset. 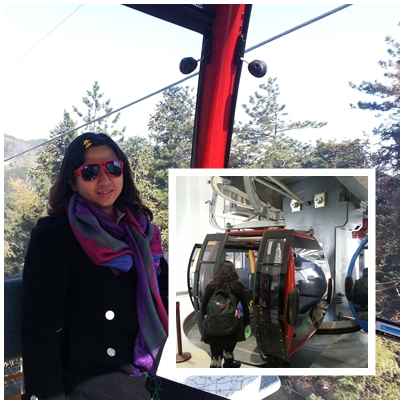 We selfishly got a cable car all for ourselves and held hands to view the panoramic scenery & breathed the coolest mountain air. 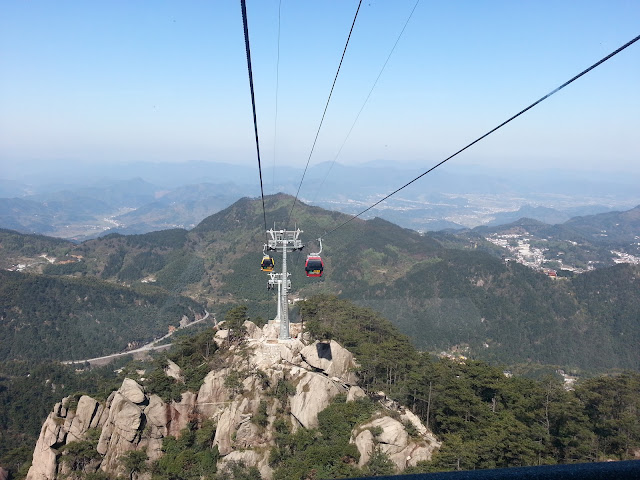 The cable car passed through so many rocky mountains and you could see that Anhui has lots of mountains including the famous Huangshan nearby too. 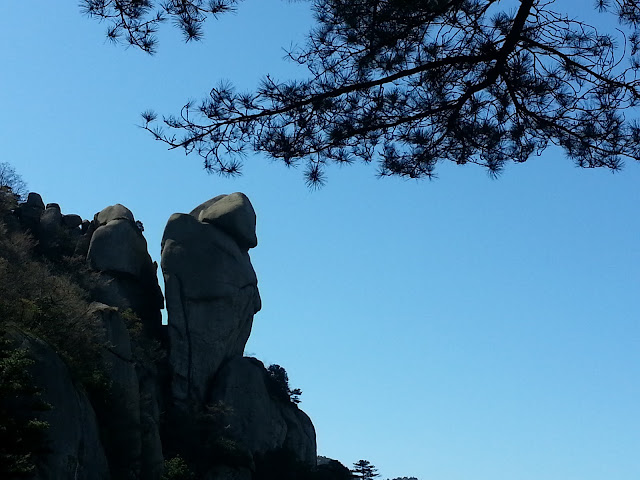 This particular rock stood out prominently and very erotically in most postcards. Errrr.... Does it look like Darth Vader gazing below or something else pointing up? 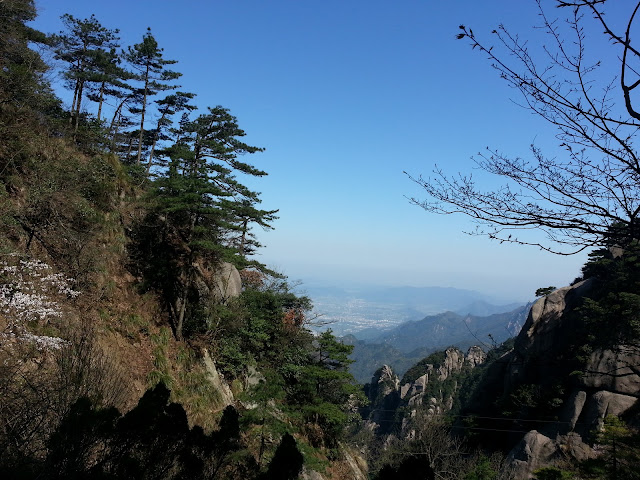 This Mount Jiuhua is also famous for its many old Pine Trees that perch majestically amongst the greens, unlike Mount Huashan in Xian which is all sharp & steep rocky boulders and ranked Top 5 most dangerous mountains in China. 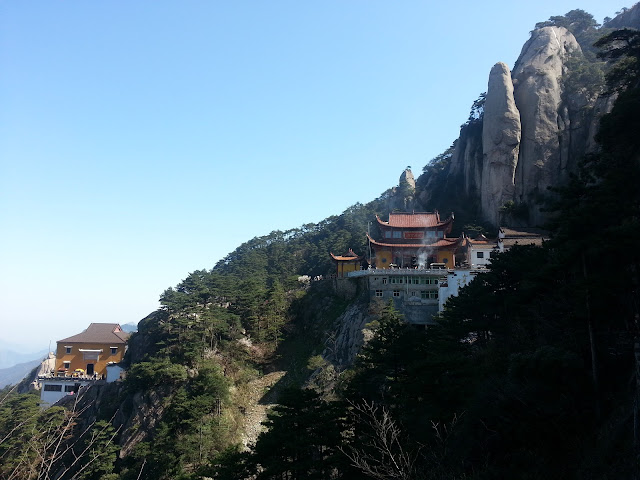 We trekked along the winding paths slowly and I was gasping for breaths on a cold Spring day. I saw the first temple from faraway. 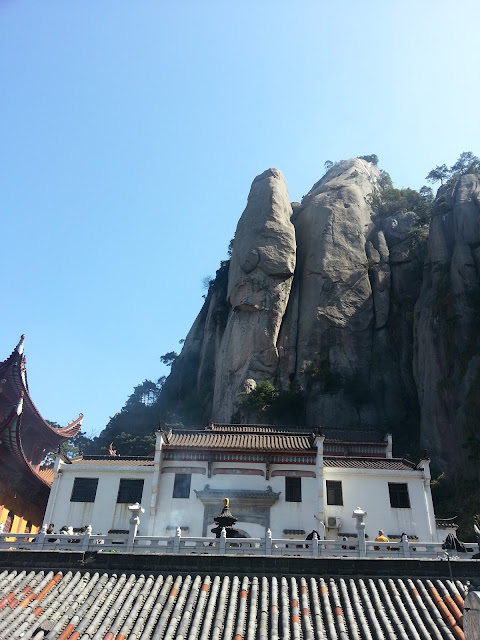 Every temple seemed to be built beside some interesting rocks. 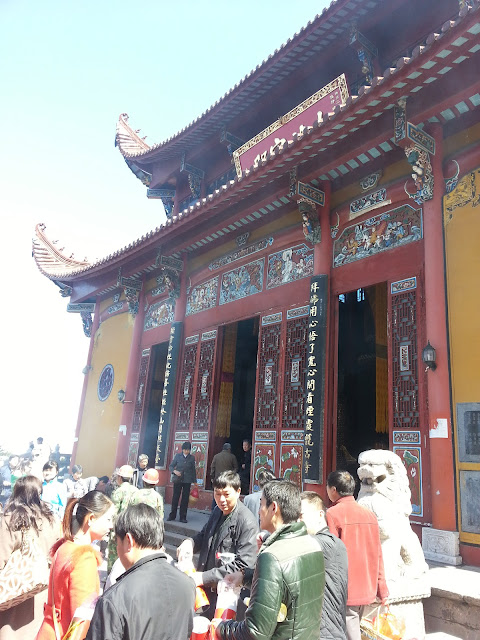 So many people were there before me. 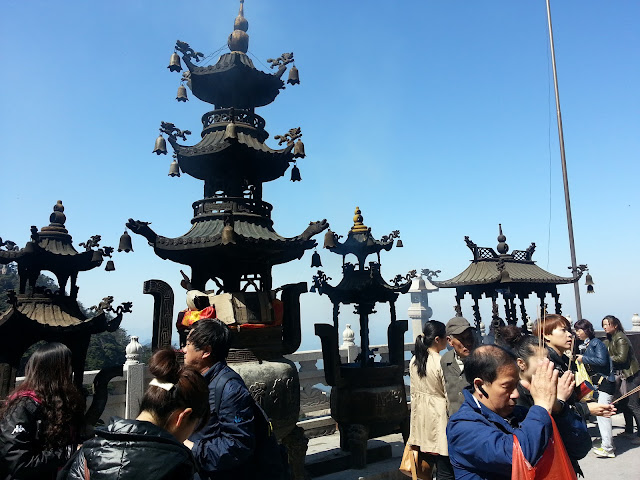 I spent some time admiring at all their joss stick urns that withstood many decades of harsh weathers! 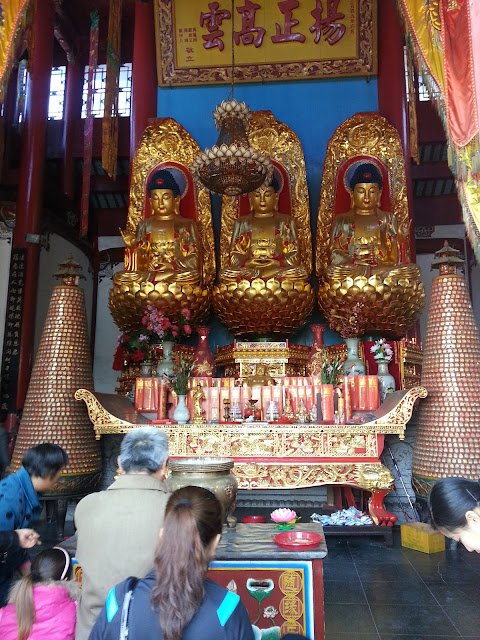 Almost all the temples I entered had the statues of Dizang Wang or Amitabha Buddhas. 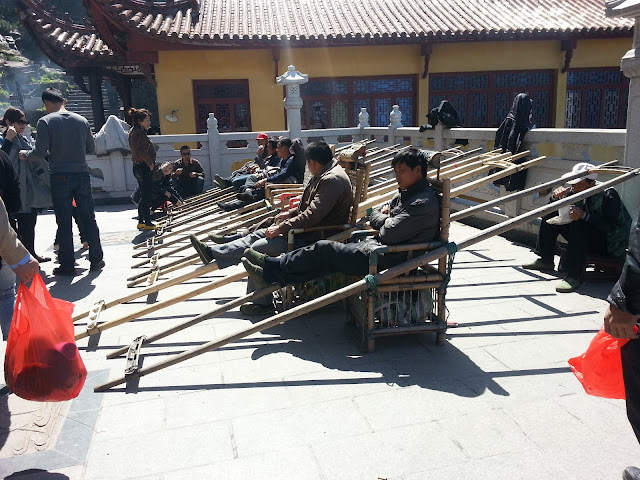 Some people were too tired to climb down so they could hire the Sedan Chairs that were being carried by 2 strong muscular men.

on April 22, 2013
Email ThisBlogThis!Share to TwitterShare to FacebookShare to Pinterest