I love to visit Museums very much! The biggest I have visited was The Metropolitan Museum of New York City which took 2 days to finish! In China there are only 3 top and biggest museums that are located in Beijing, Shanghai and Xian - Shaanxi. 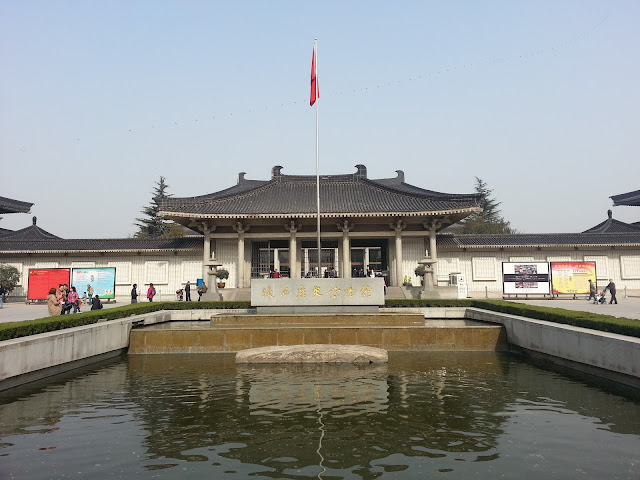 The museums in Beijing and Shanghai houses many ancient collections from worldwide but the one in Xian only houses their own collections unearthed from Shaanxi Province!! They have over 300,000 items inside and they were all very interesting indeed. 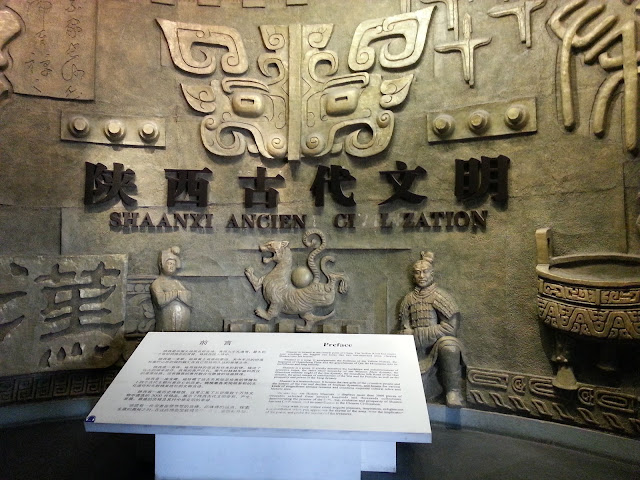 They have so many beautiful & rare items salvaged from the eras of Zhou Dynasty until the last Qing Dynasty. The items from Tang Dynasty started to have tri-colours with interesting designs. 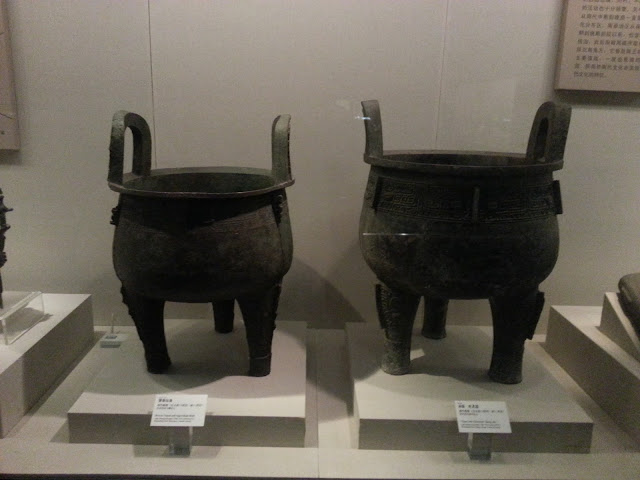 There were altogether 13 Dynasties in Xian when it was the first capital in China. That is the reasons they have so much historical relics unearthed from so many tombs of the Famous Warlords and Emperors. 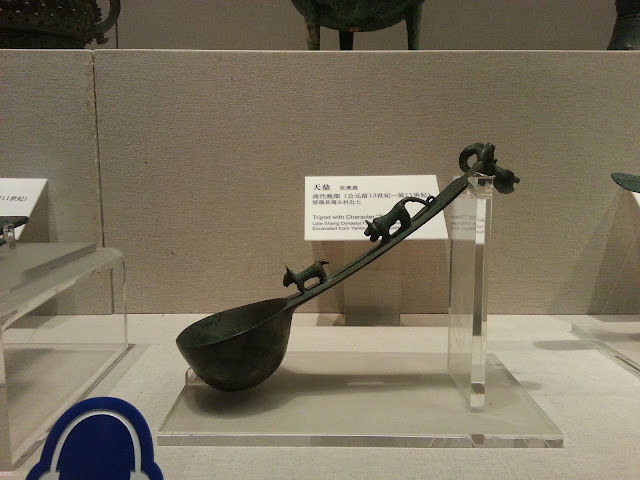 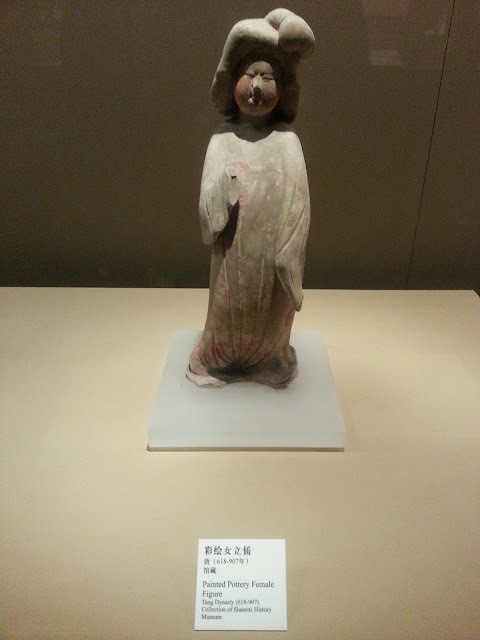 "Fat Was Beautiful" during Tang Dynasty. All the most beautiful ladies during the Tang Dynasty had to be meaty or on the fat sides. It was fashionable to look enormous! 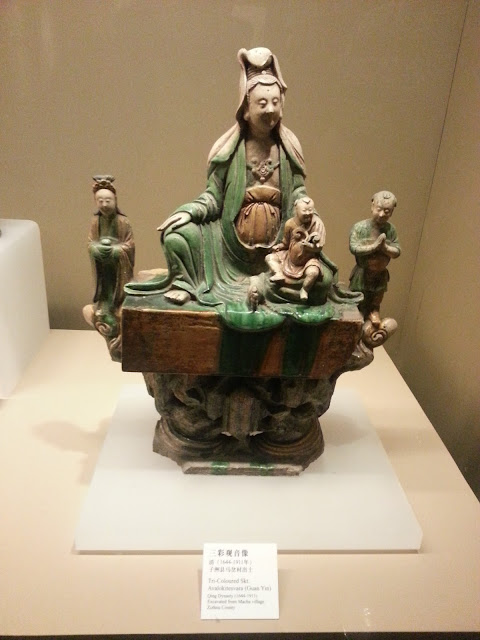 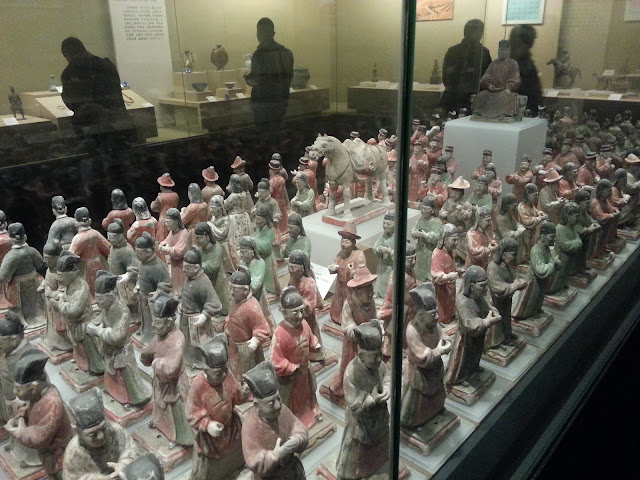 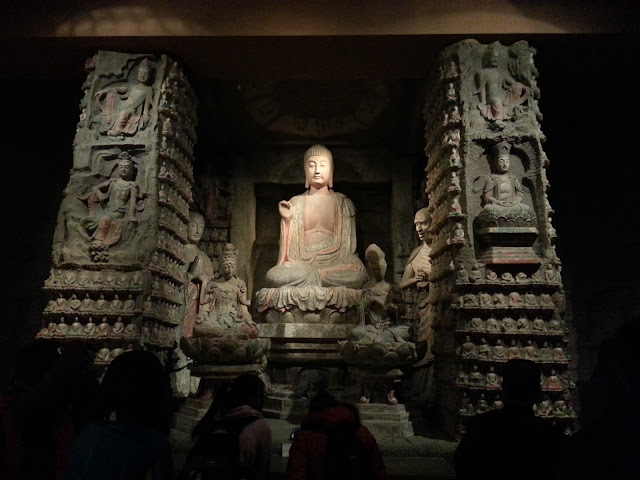 The enlightened Buddha's statue in the caves of Dunhuang, along the Silk Road where Buddhism was first preached in China.

BIG WILD GOOSE PAGODA
This temple is the most famous for its legendary tales of "Journey To The West" where there was a Monkey God and the monk who carried the Sutra from India to China. This is a real piece of history and the Sutra was kept inside the Big Wild Goose Pagoda in Xian. 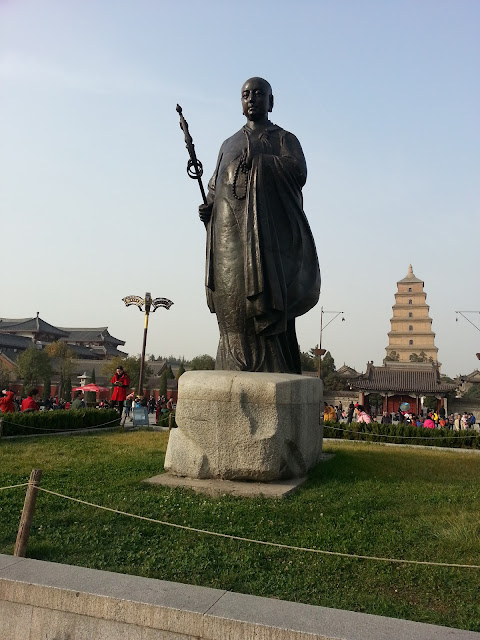 The famous monk's statue outside at the entrance. 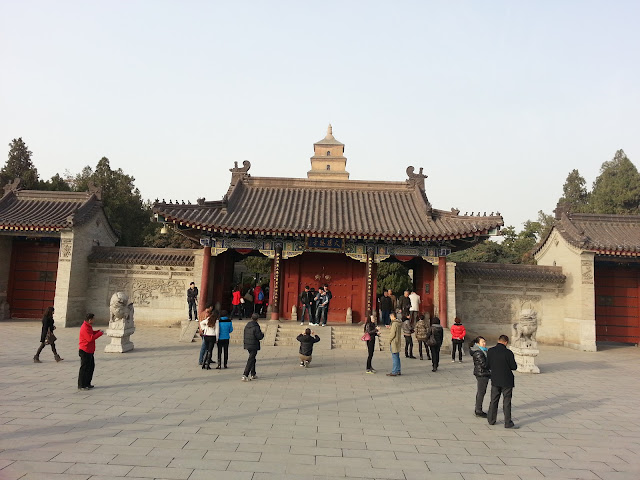 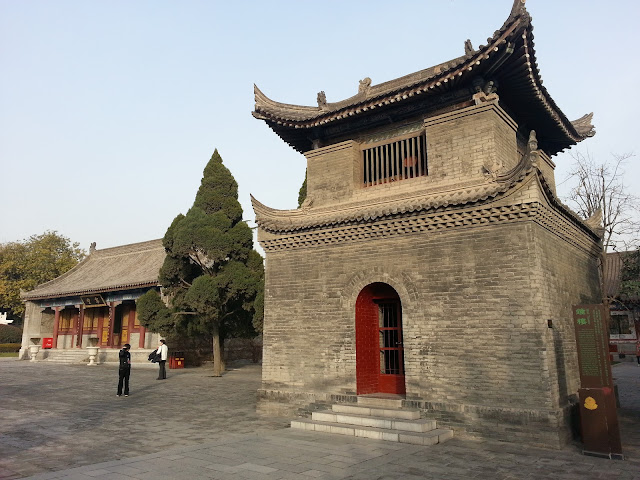 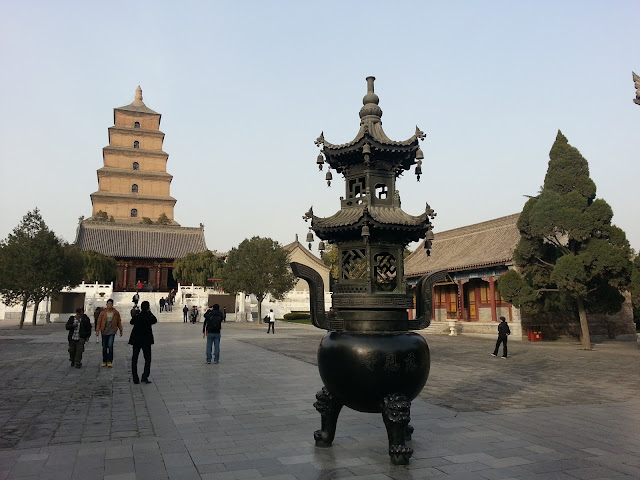 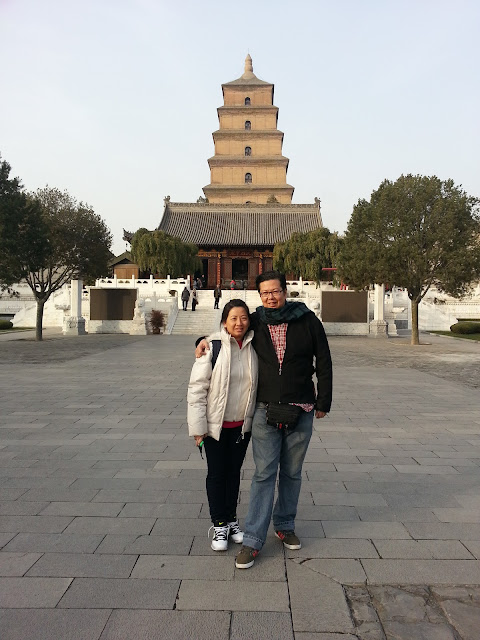 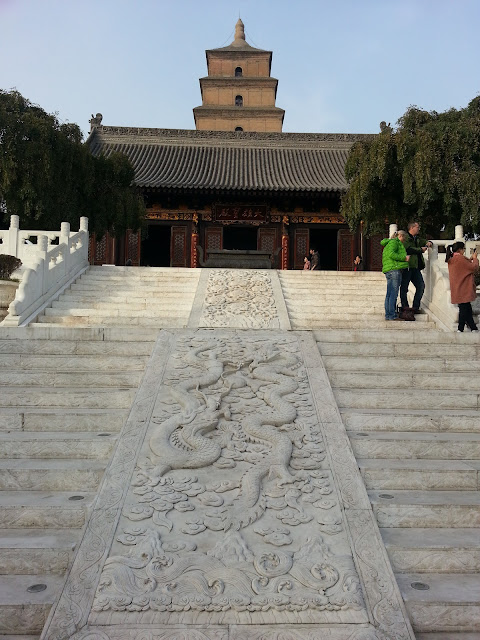 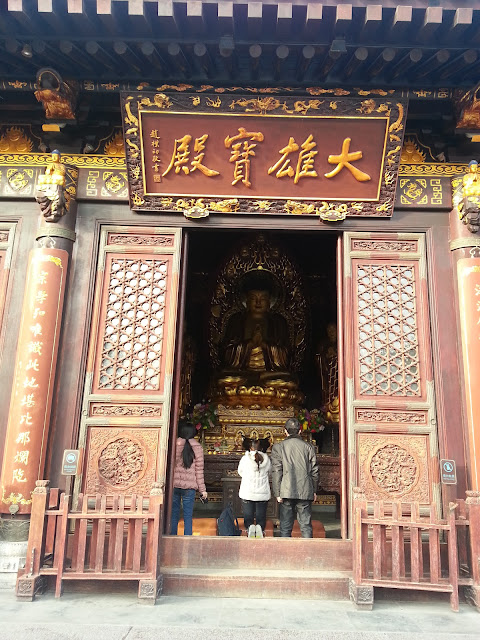 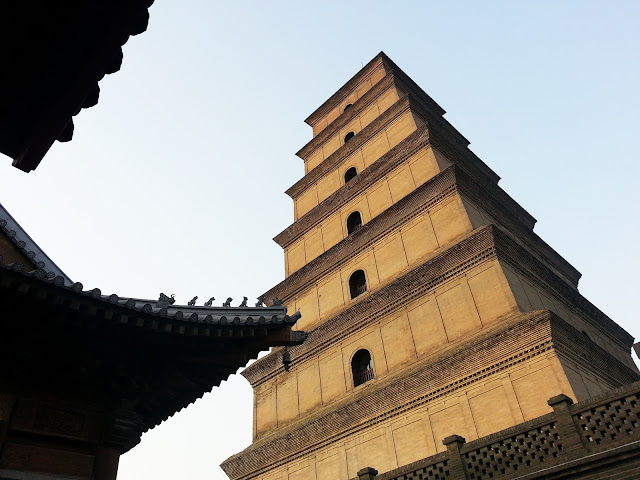 History recorded that a real Big Goose crashed itself to death at this temple! The monks and devotees turned vegetarians since then. 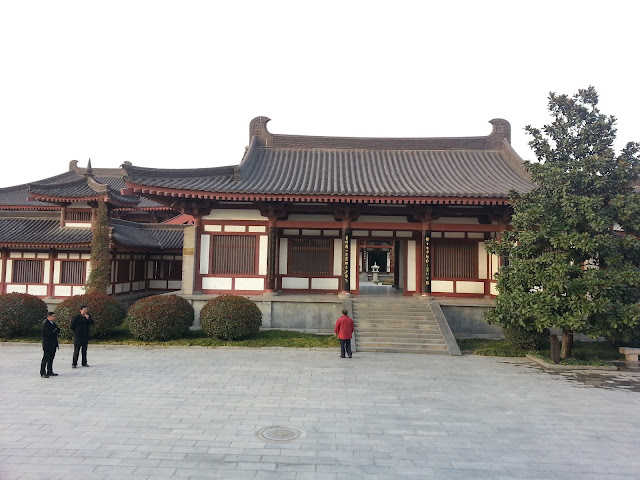 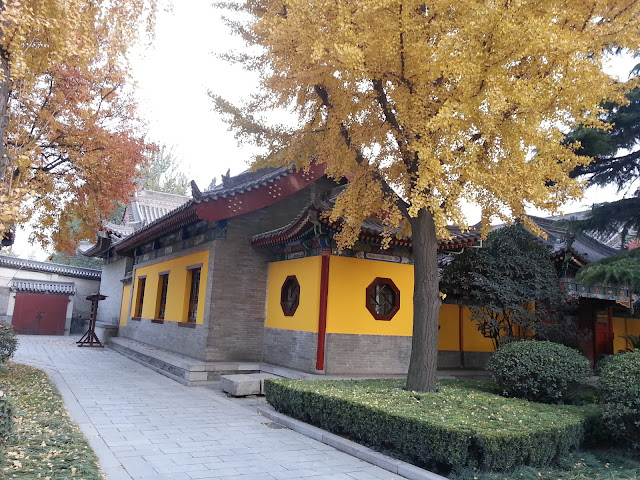 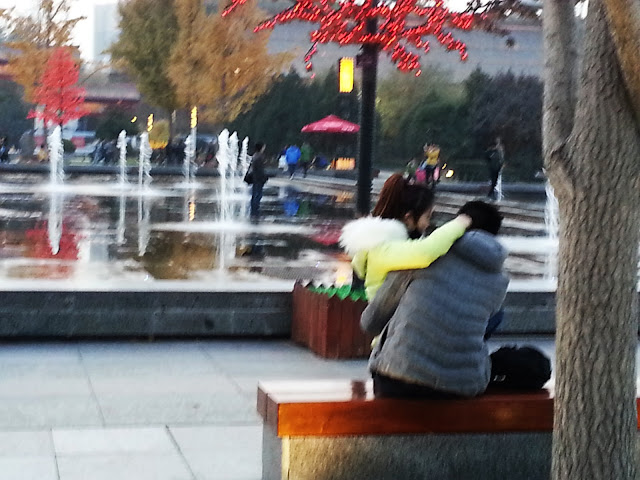 Outside the temple is a huge park with a big musical fountain area. Here a couple waited for the show but ended up fighting instead. The China Doll got pissed and smacked the guy's head repeatedly besides pulling his ears like a Donkey. 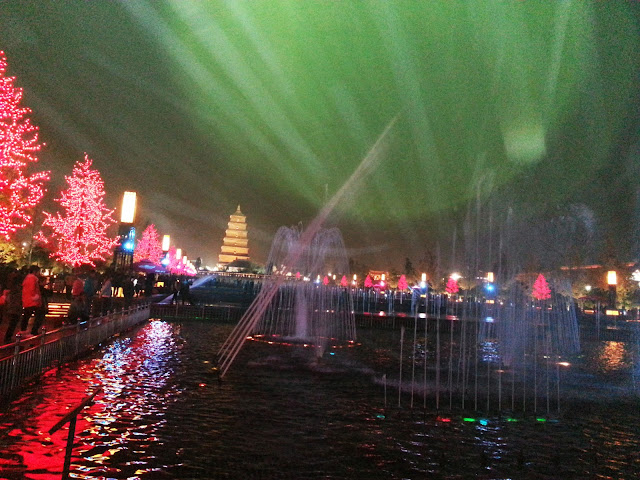 It was a spectacular show with so many dancing fountains. Thousands of families gathered to watch the Sunday's weekly shows. 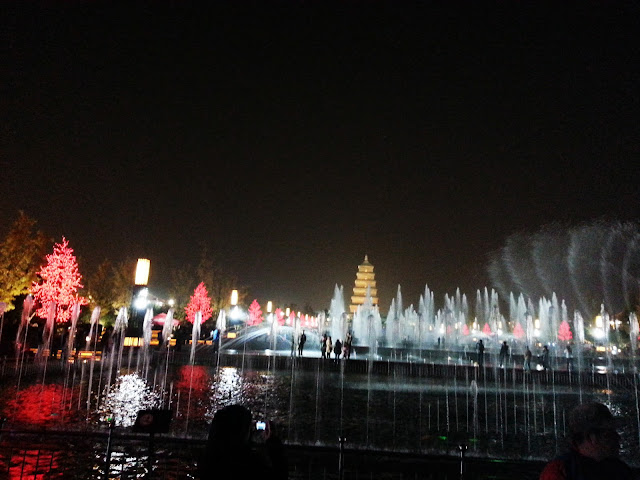 Goodness! It was too cold and my head turned into a block of ice! I stayed on just to snap these photos for you to enjoy.

on December 07, 2012
Email ThisBlogThis!Share to TwitterShare to FacebookShare to Pinterest