The Great Mosque of Xi'an

On the freezing late afternoon, we walked into the famous Great Mosque of Xi'an at last. We were very stunned and speechless to see its very ancient Chinese architecture instead. It does not have any domes or minarets at all. The whole walled complex of 13,000 sq meters was so well preserved, neat and beautifully landscaped with so many artistic arches and 4 big landscaped courtyards. I took over 100 exciting photos here but will only post some 20+ nice shots. 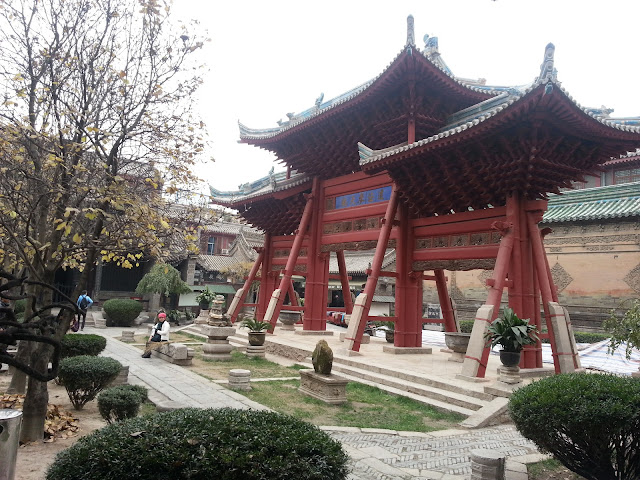 The mosque was built in the year 742 A.D.during the Tang Dynasty and it was restored over the years with many ancient furnitures and buildings being added on from the period of Ming until Qing Dynasties. 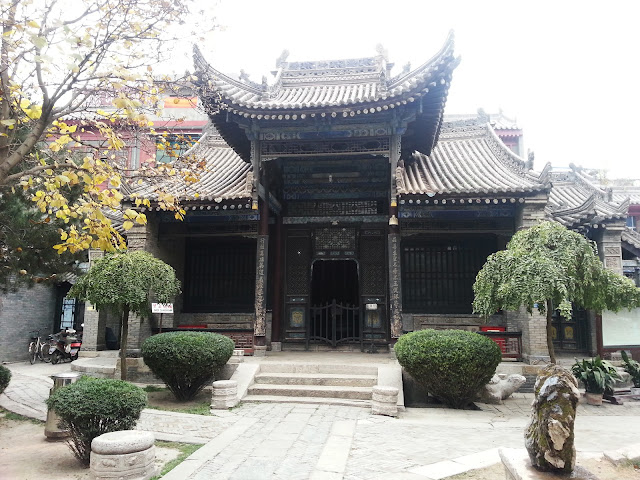 It is simply awesome to admire them when cold teperature always made Anay's mood very HAPPY. 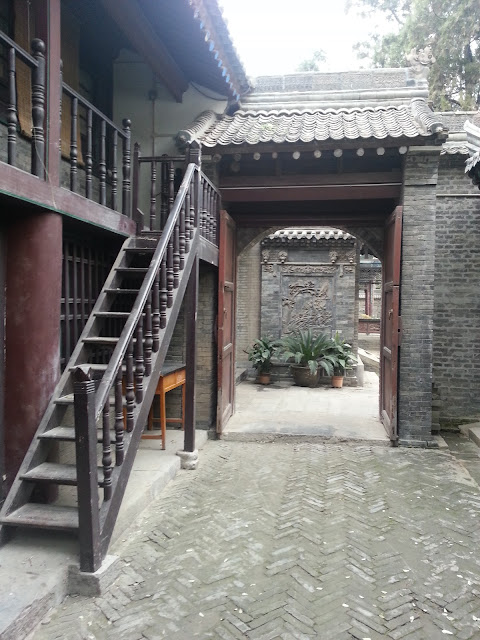 They were so many layers of arches and doors to explore........ 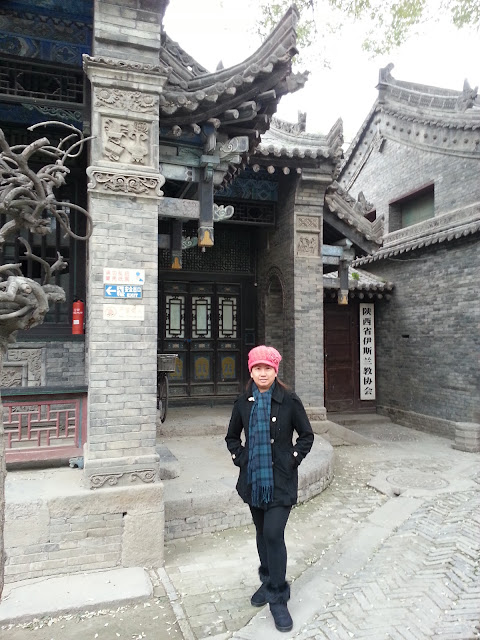 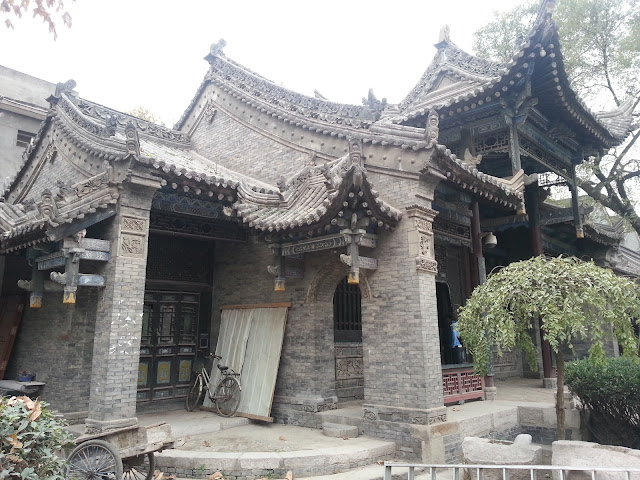 I simply loved this corner as the buildings were so greyish and tranquil looking! 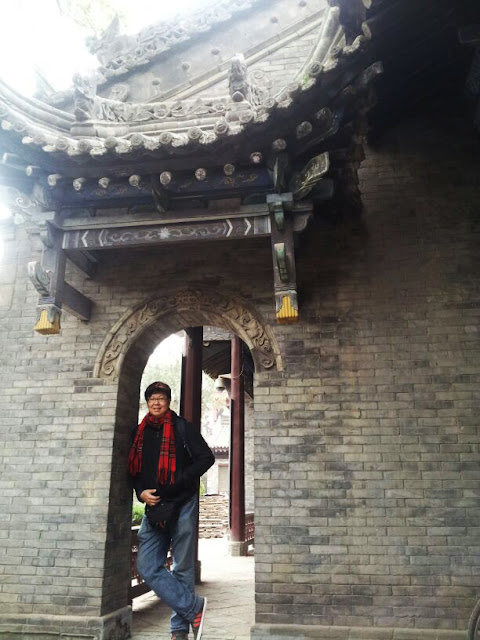 Anay surely had to pose there and do his signature "golek kaki" a bit. Tell me nice or not? 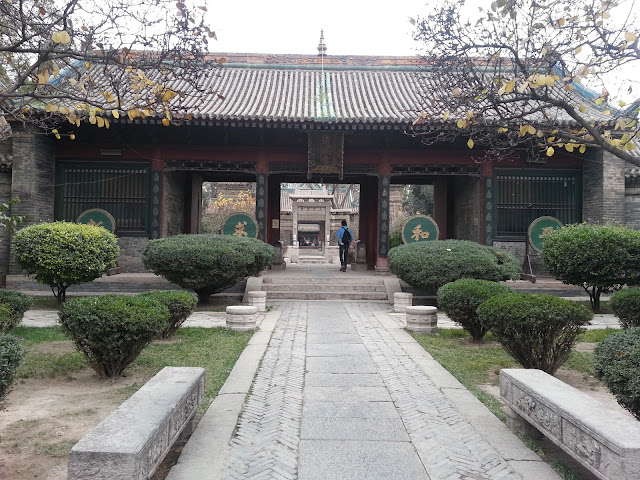 It was lovely to walk around and Winter is definitely the best time to visit Xi'an as thousands of tourists would normally jostle here everyday in Spring, Summer and Falls. 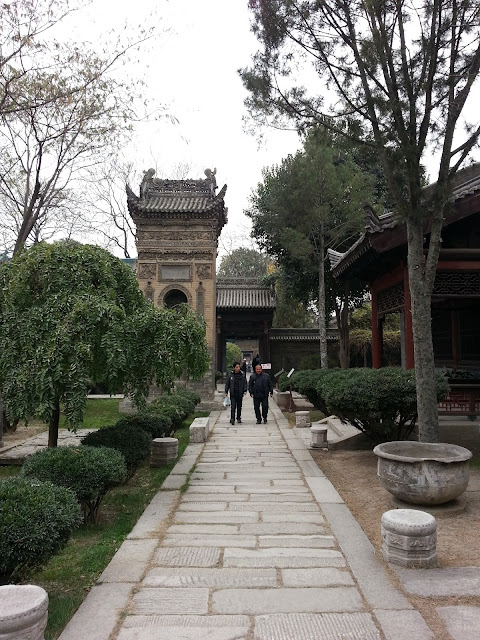 The grounds were spotlessly clean and well swept. We loved it. 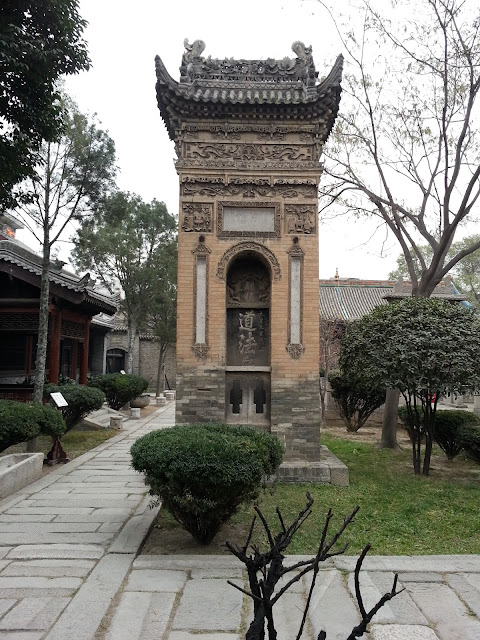 We spent over 2 hours relaxing on the benches like new courting couples in love. 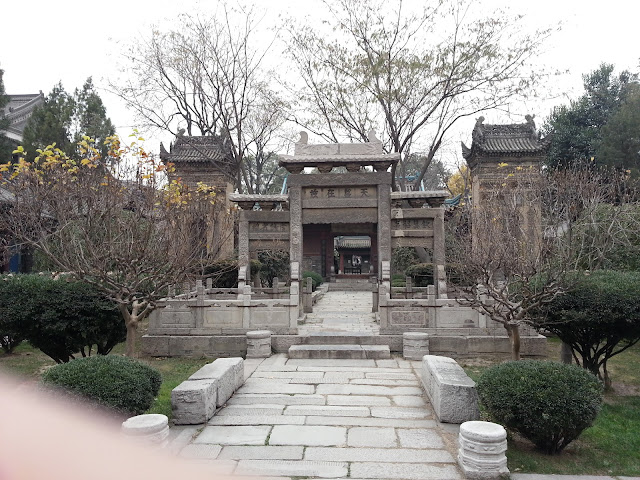 There are different arches to pass through before you enter another courtyard. 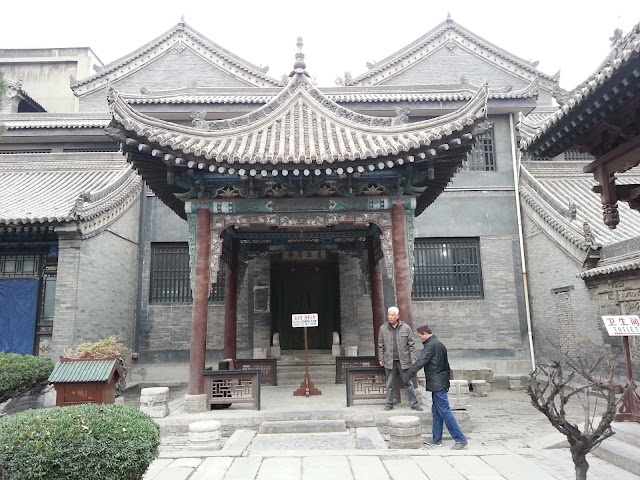 Even their washing area before prayers has the majestic and grandeur looking entrance! 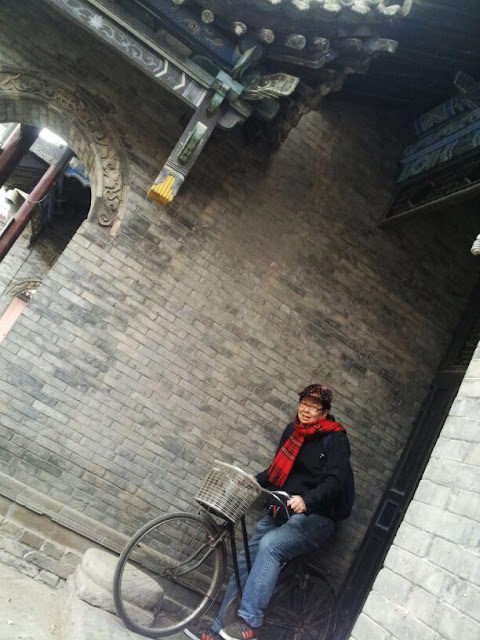 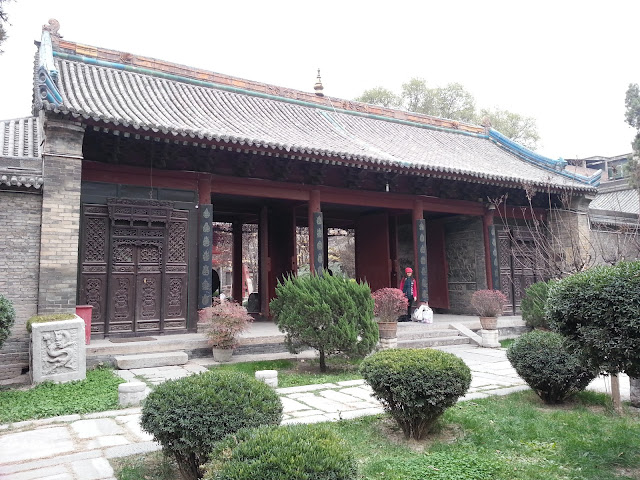 Letchumy waited lovingly for Anay to come on his old bicycle. 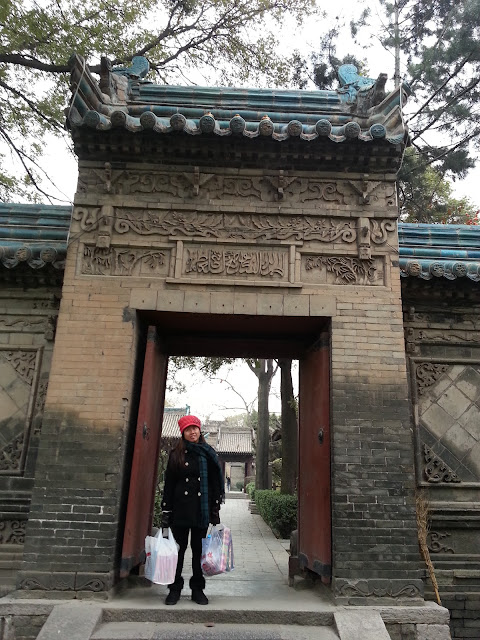 Poor Letchumy had to carry so many heavy bags of souvenirs!!! Anay bought so much dried fruits for Lina, Ah Hua and the rest of the Hamsap bloggers & relatives! 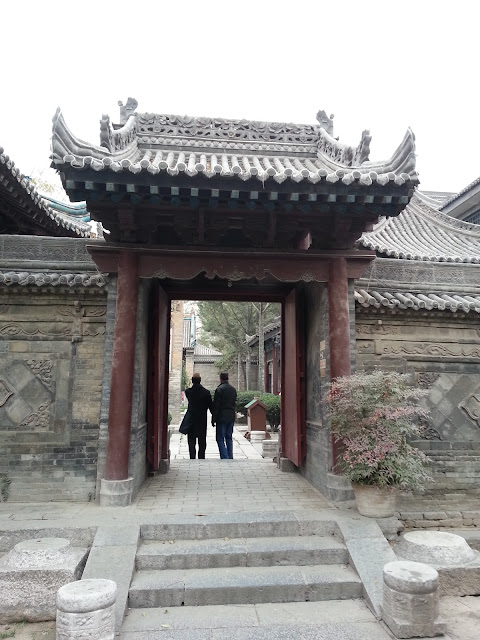 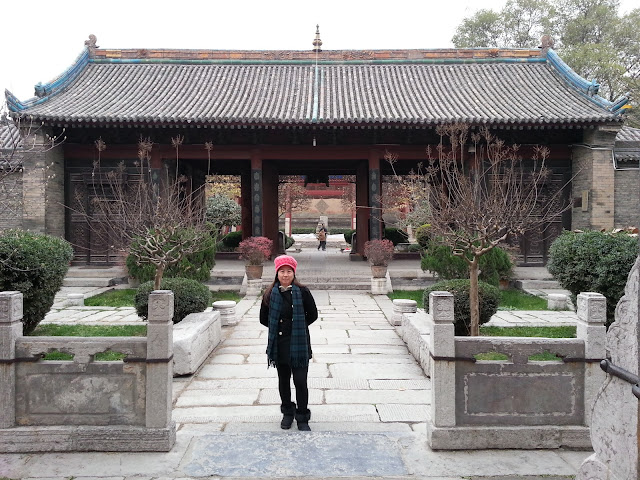 Letchumy mumbled that she wants to climb the 99 peaks Jianghuai Mountains in Anhui next year!! Poor anay's legssss! 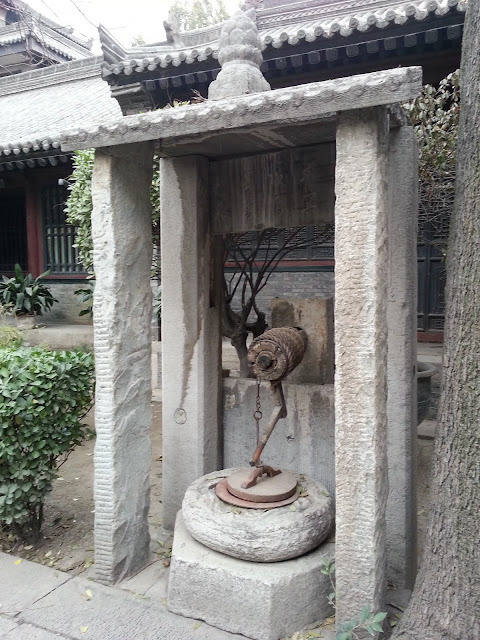 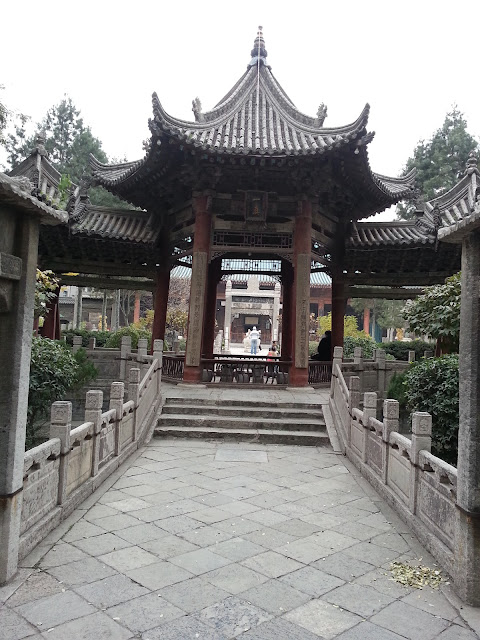 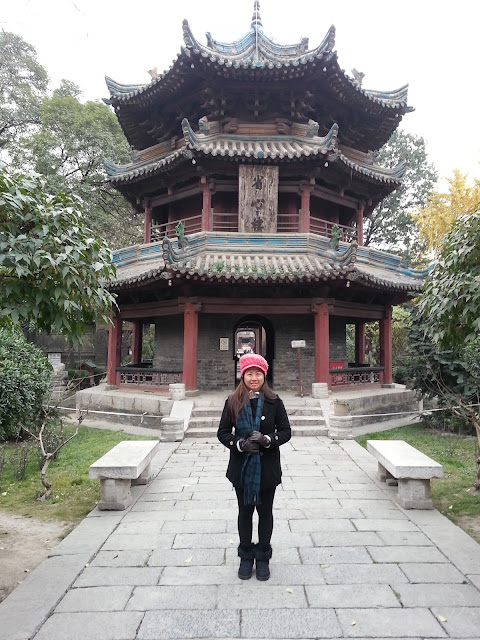 Here is where they kept the big drum to call for daily prayers. 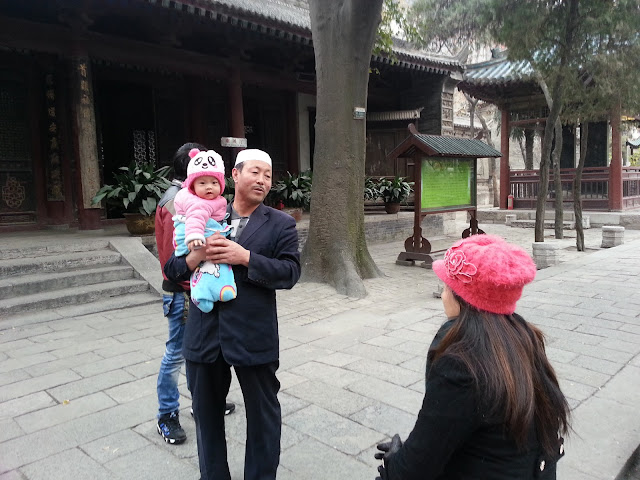 The Chinese Muslims are mostly the Hui Clans and they are friendly & very polite. This grandfather was surprised that Letchumy could speak fluent Beijing's Mandarin but she is from Maaaalaaaaaiiiissiiiaaaaa! (Long ago Letchumy was doing the voice over to speak & report from Malaysia during the News Hour at Astro-Phoenix Channel) So she pandai to croak out her Beijing Putonghua. 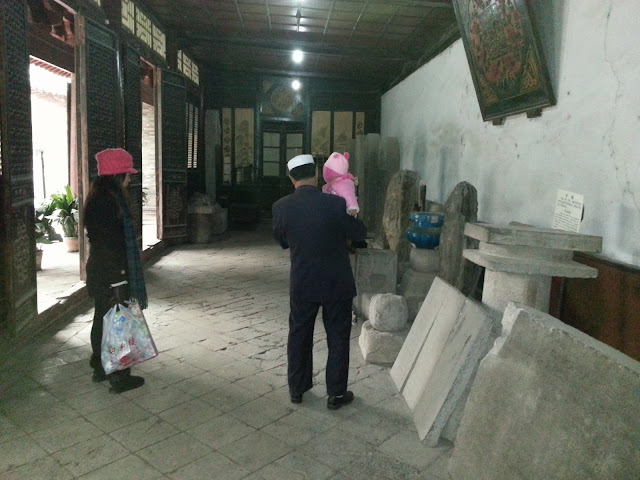 This kind man offered to show us around to view some ancient stone tablets which were displayed in the museums. The Great Mosque is over 1,250 years old and has received more than 10 million visitors since it opened it doors to the public in 1978. 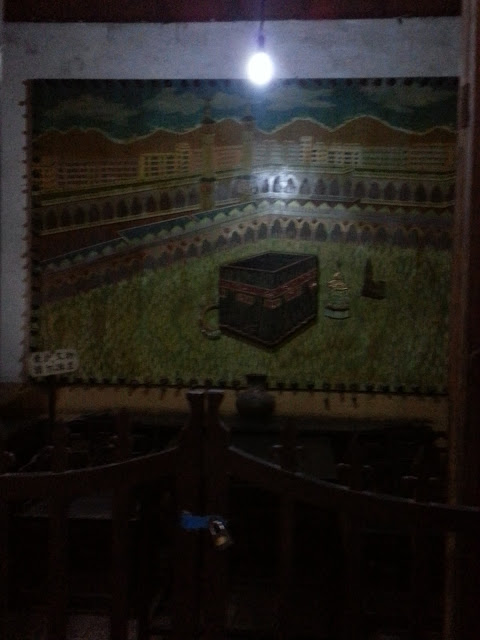 There is a lovely mosaic art piece of the Mecca and they were made from tiny pieces of jade pieces in its natural colours! 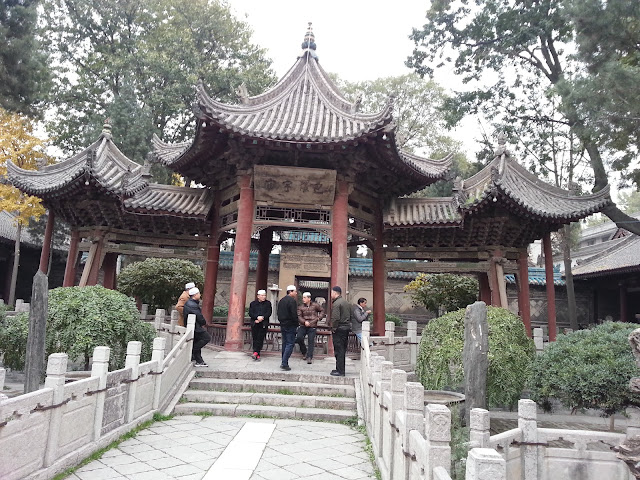 It was very warm to see all the Muslim brothers chatting away happily in every available corner prior to their prayers. 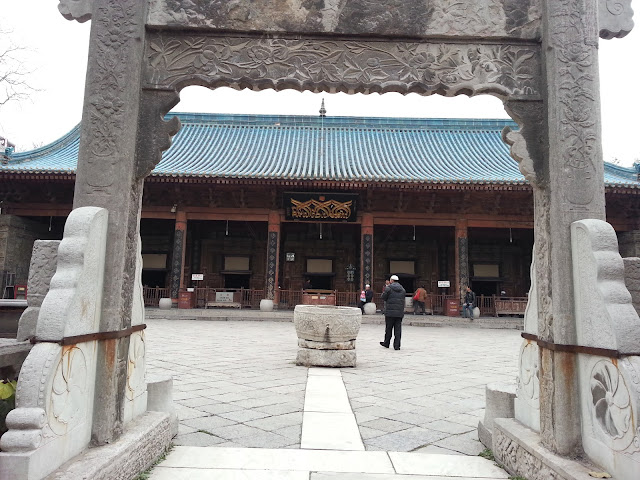 This is the final arch and you will enter the main building of the big prayer hall. No photos were allowed inside and I had to stay outside as a respect too. 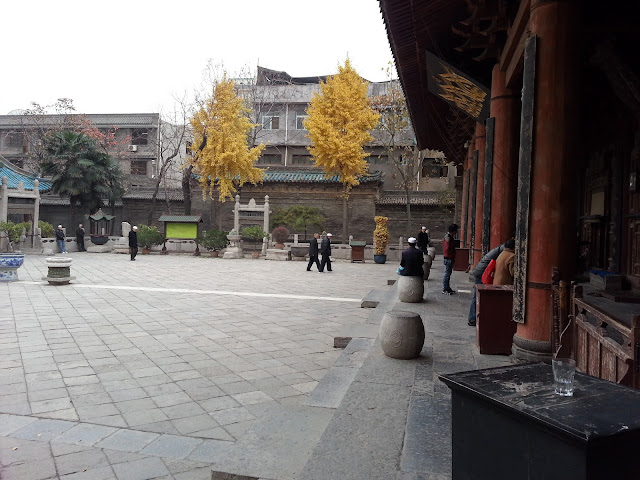 All the Muslim brothers hurriedly walked into the hall on time for the call of prayers. 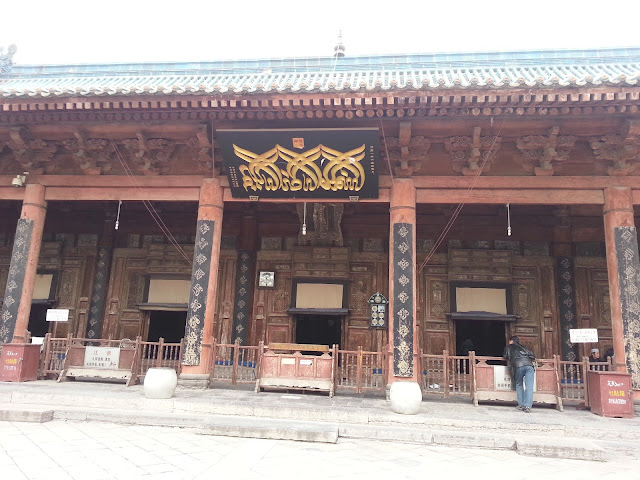 At that moment the Azan filled the air, naturally I suddenly thought of our friend Blogger Lina, therefore I told myself that I had to dedicate this interesting post to her with the hope that she could bring her family there someday in Winter too!