We were supposed to visit Wuzhen where the Chinese folks still live by the ancient canals and run their daily chores in the laid back atmosphere. We had to miss it as it was too faraway from Shanghai. 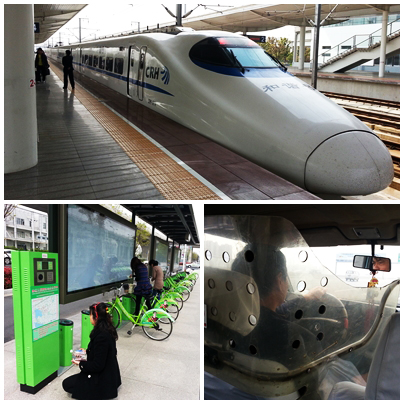 We took this high speed train and went to Suzhou instead in less than 2 hours! We got off at the wrong station which was a highly industrialized areas of Suzhou. Look at all the green bicycles for rent! We took a taxi to the ancient canal areas which are located in 2 different spots. Look at how the taxi drivers shielded themselves from being bashed, knifed and even spat on!!! 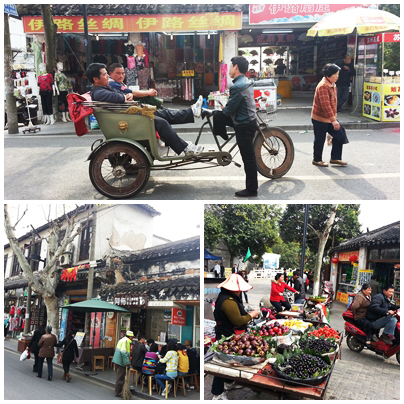 This was the first touristy spot where we visited. It had rows of souvenir shops with an ancient garden and museum. The folks and youngsters were seen gambling openly by the roadsides.
The fruit seller was selling mangoesteen and berries!
Sorry for my blurry photos which became like that after grouping them. This was the BEST FOOD I had in my whole trip in China. It was their native's Tau Foo Fah which added with light soya sauce and sprinkled with spring onions, dried shrimps, Pickled Chai-Por and etc. It was so heavenly unusual to eat tau Foo Fah that way. 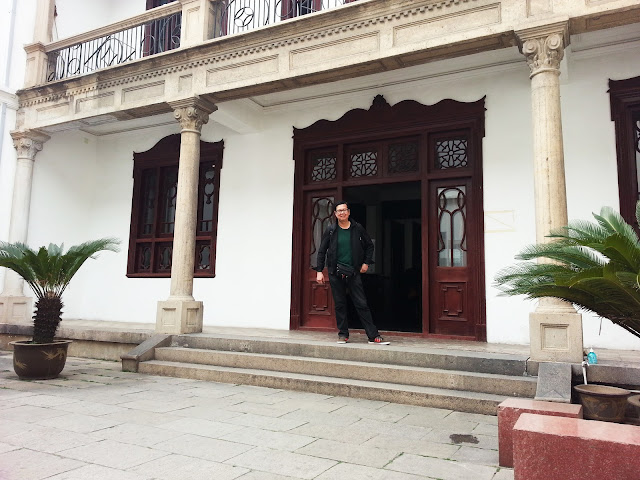 I went to the museum because it was FREE entrance. 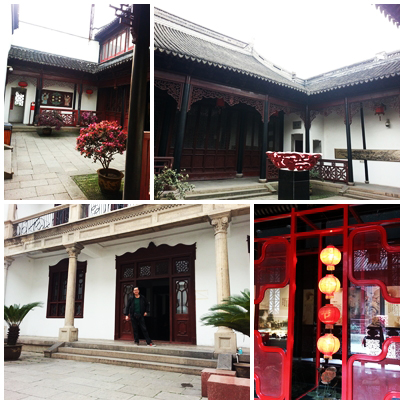 I was very impressed by the huge size of the mansion with so many court yards which belonged to some high ranking magnates during the ancient times.
I was very disappointed with the old artifacts and antiques inside as they were boring stuffs. 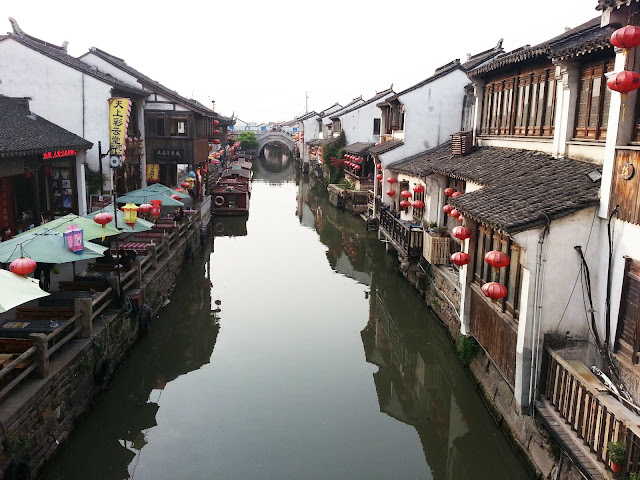 Later we strolled along the canal banks and browsed through the many interesting shops. 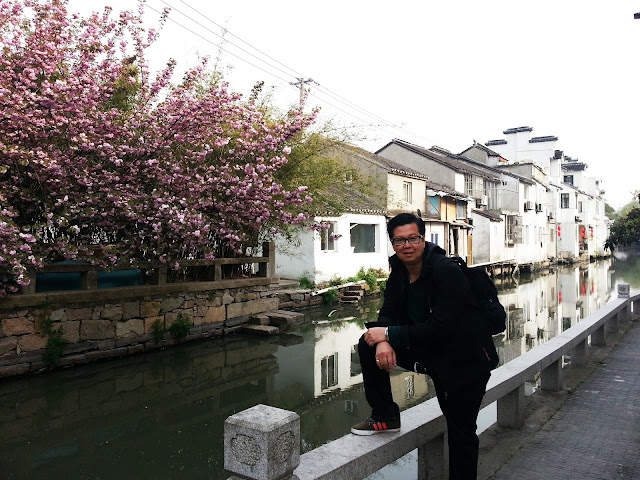 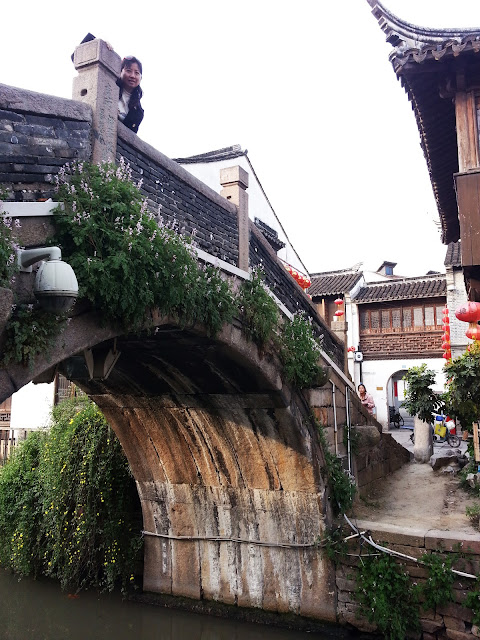 This must be the most popular Lover's Bridge as everyone fought tooth and nails to snap photos!
Look at my honey up there! 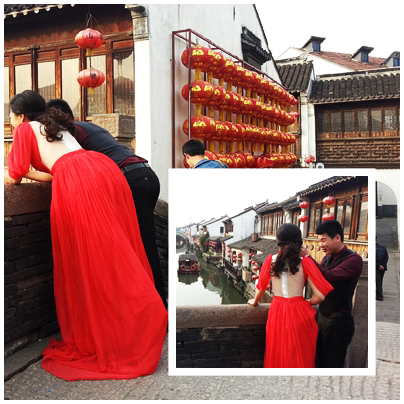 Even wedding couples would come to pose with their studio photographers and crew in tow.
Look at her shocking red dress!!!
SO MERAH & HOT! 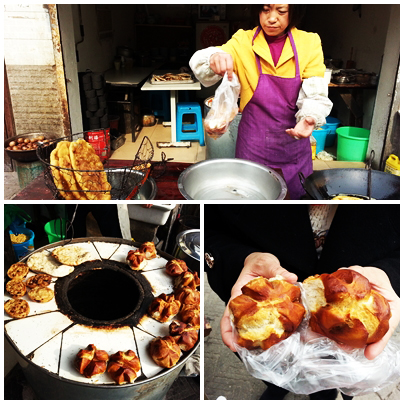 I stopped by this stall as the smell of the fragrant buns could tickle my nostrils from a mile away! I bought these Lion's Paws and ate them hungrily.
OMG!! I NEARLY BROKE ALL MY FRONT TEETH!!! 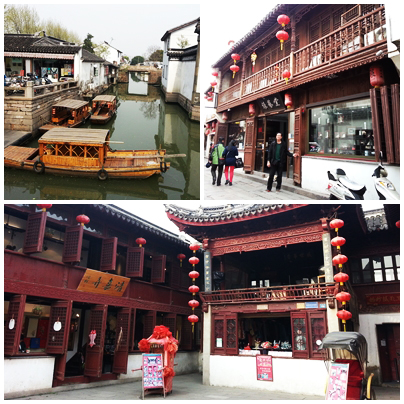 I bound my hands and bought nothing as I knew my itchy hands could not stop buying endless souvenirs! I must visit Wuzhen in future as they hardly have commercial shops in that area and you could still see old folks playing Chinese chess under the pine trees there!

on May 15, 2013
Email ThisBlogThis!Share to TwitterShare to FacebookShare to Pinterest