My recent trip to Ha'adyai in South Thailand was an eye opener since my last trip was some 10 years ago. However, it was a pleasant reunion for the entire family again after almost 20 years! So much has changed with new hotels, shopping hubs and highways.

Let me share with you the correct spelling and pronunciation of this town as many friends often checked with me on its accuracy. It should be spelled as "Ha'adyai" instead of Hatyai. It is pronounced as Hard-Yai. It means Big (Hard) Town (Yai)... Yes, it is Big Town! It was the biggest town in the Souths during the early days when there were no other towns nearby besides their capital city of Bangkok. 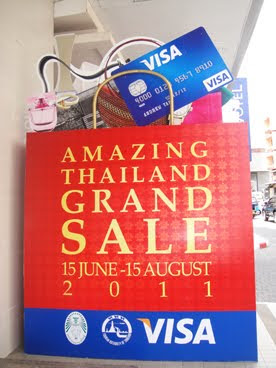 It was their no-ending GRAND SALE in Amazing Thailand as usual. Their commercial ads do look catchy and bright like this shopping bag above. 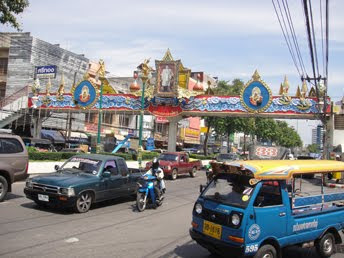 They have many arches and street corners displaying their love and respect for their monarch. However, their streets are still congested with motorcycles and tuk-tuk (mini taxis) roaming in notorious manners. Some have not changed in their bad driving manners when they emphasized too much with their daily greetings and polite gestures. How contrasting! Faintz! 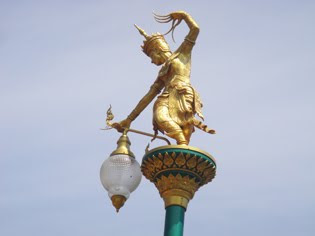 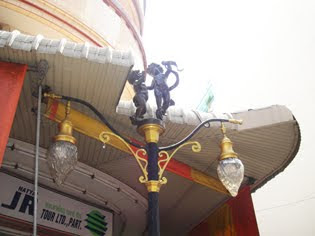 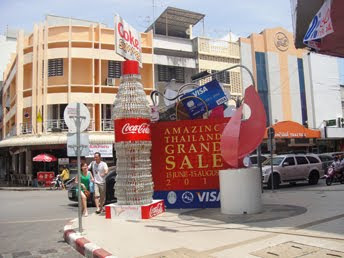 There was another GRAND SALE shopping bag in another street with a huge Coca-Cola bottles beside. I thought I saw a similar bottle in Phuket Island too. 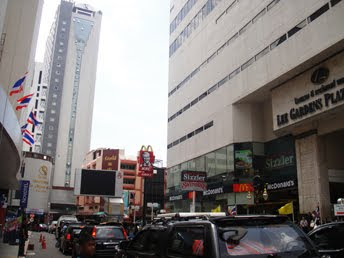 This is one of the shopping street off their 3 main roads which is named after my very distant relative - Niphat Uthit 1, 2 & 3. Malaysians often described Ha'adyai as a small town with these 3 main streets only. The above photo shows the Central Department Store with its Thai flags on the left and the hotel on the right is famous for being big, nice and haunted. The haunting rumours started when it was flooded until water seeped below into their basement car parks where over 10 victims were trapped and drowned in their cars! So scary! 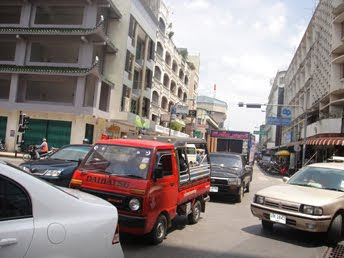 This is what I mean by congested! They drove super fast and tailed behind by inches! Seriously scary! 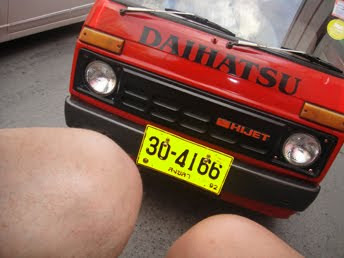 Look at how the tuk-tuk driver came up close to our knees! My face turned pale in fright. That idiotic tuk-tuk driver just laughed when I snapped this photo. My knee is the right one. 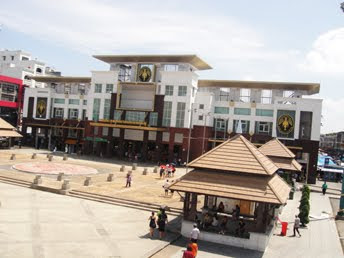 This is their famous must-visit market which houses all the tiny stalls selling clothes, faked brands and Thai food stuffs! Wear light clothings when you visit that place as it is often humid and crowded where your body will easily rub other bodies! I was often bodily molested by fat old aunties! 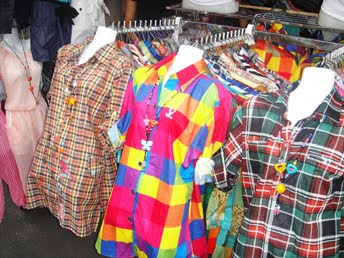 Their display of colourful clothes often lured ladies to shop and bargain like zombies. They often ended buying what they don't need. That must be the work of Thai charms! 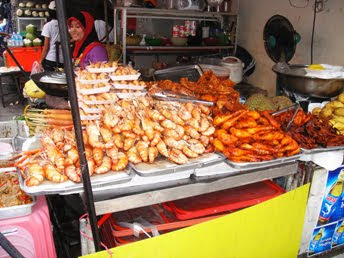 The hawker food is a tempting fare. Look at their huge friend prawns and crispy chicken wings that go well with their white glutinous rice! Oh Mama, so yummy dei!.... 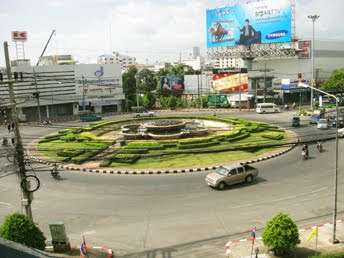 I took the city view from my cousin's hotel room. I am waiting for him to finish his full refurbishing before snapping his new-look HOTEL. I wonder if he will take another 10 years? 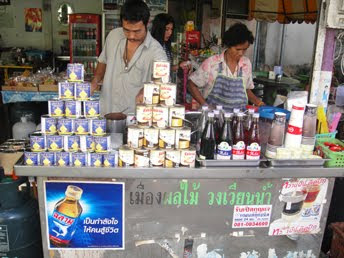 Instead of having breakfasts at the hotel, I preferred to walk to the back lane to order take-aways from this stall which catered to a wholesale market's vendors. They sell very cheap drinks and Thai cakes where I could order 2 tall cups of delicious Thai Iced Coffee with chicken rice and Thai cakes. All for less than 50 bahts!!! Seeing is believing - Amazing Thailand!