Out Of Body Experience - Anyone?

I wish to share a true story of my very good Japanese friend - Kenji Yasuda whom I met during our college days in United States.

When I was studying advertising in Pennsylvania state, I lived at the swanky Shadyside suburbs outside Pittsburgh City. I took bus shuttles to college daily and often bumped into this muscular Japanese guy who got on bus earlier from his apartment in Highlands Park. We never smiled nor exchanged glances but he always stared at me quietly from the distance. Many months later, we were being properly introduced by another mutual Japanese college mate. I was surprised that Kenji and I hit off very well until I invited him to have lunches and dinners at my apartment. That's when he gathered the courage to open up his life's story to me.

Kenji was born In Tokyo and both his parents were talented scientists working in New Mexico. At the tender age of barely 10 years old, he was left behind in Tokyo to receive his Japanese education and lived at a prestigious Chiyoda all-boys boarding school. One night, he woke up in the middle of his sleep and got up to his feet as he was feeling restless & widely awake. He decided to take a stroll outside and ventured his way out to the streets alone in the chilly weather. Minutes later, he returned to his room and had the BIGGEST SHOCK of his life. He saw his own body still asleep on the bed. Kenji went into a great panic and confusion, thinking that he had died. He got closer to his physical body to examine and realised that he himself was in a transparent see-tru mode with no physical human flesh. He tried to touch his body on the bed and he was whisked back into his body naturally like magic! He woke up again at once in his own complete physical body with cold sweats! 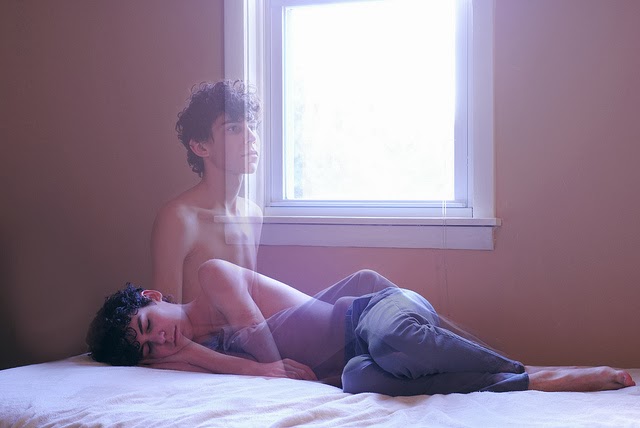 He spent the next few days trying to find answers for his bizarre and scary experience but no one could help him. The deeper he went on to seek the truths, the more shocking discoveries he made. Kenji found out that he had been seeing so many surrounding weird and lifeless people which his friends could not see at all! Now Kenji discovered that he had psychic eyes too and he started to experience OBE (Out Of Body Experience) very often until it became a normal routine for him to get his soul out for short walks & fresh air, not by choice actually. He started to get curious and walked up to several spirits who were walking aimlessly or sitting down alone mournfully sad for hours & days! 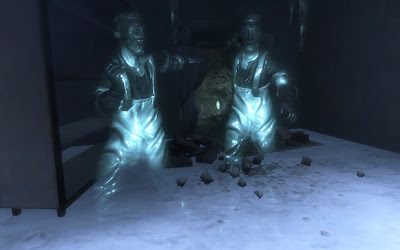 He could chat with them using their own universal 'mind language' and he always asked them many questions. In summary, many were lost and helpless in that realm while some refused to accept the fact that they have departed from their loved ones in the human world. Other beings were just waiting for their next destination to arrive and announced, just like passengers waiting at airport's departure lounges. The invisible beings often exchanged their life stories and regrets with Kenji and that promptly changed this Japanese lad to become an optimistic and free thinker. He realised very clearly that our daily lives are just mere illusions and revolving temporarily on this earth. Why fret and fight with everyone else? We should be nice, friendly and compassionate with everyone.

Kenji started to become closer buddies with me and told me that he could see every human's aura too. The aura is the same as those you see at the paintings of the Virgin Mary or Buddhas with illuminating aura that radiates the lights out. Every human has bright or dim aura too and many psychic humans judge others by looking at their aura. Many of us may not see the aura with our own eyes but we could perhaps judge them with our instincts or within other 5 senses! He pointed out to me about my own aura with divination messages which actually shocked me a bit till today. One dead night, he drove me in his big Ford's truck for some 6 hours to visit Manhattan in New York City. He wanted to buy books at Kinokuniya Bookstore at NYC Times Square when they opened doors at 9.00am.

Along the journey into the pitch darkness along the Pennsylvania turnpikes and New York State's freeways, he slowed down his truck to point out to me several lost invisible beings sitting on the road sides, rocks and trees looking sad and lost. Further up, he saw a few walking across the roads unperturbed by oncoming cars. Life goes on in their many dimensions but I was so scared stiff & frozen on the car's seat listening to him.

Today, Kenji has married a Japanese lady and have a beautiful daughter where they have made their home in Richmond, Canada BC.

Be Happy With Your Life Okay. Be Nicer To Me & All Around You.

on November 26, 2013 83 comments:
Email ThisBlogThis!Share to TwitterShare to FacebookShare to Pinterest

I am sure all of you have seen much nonsense at your offices and workplaces all your life. Where there's humans, there's bound to be conflicts. Just name it and I have seen them all from colleagues physically fighting, back stabbing, manipulations, dishonesty, cheating, having affairs and even engaged in sordid sexual activities.

Yes, I caught the 2 directors in my ex company making out in her room when all the staff had gone home for the day. The whole office's lights were turned off with alarm system turned on while the heavy breathing continued inside the female's locked door. My junior colleague and I made an unexpected return to office that night to return back some important stuffs when we chanced upon the discovery! Her always perfect hair was all messy with blouse wrongly buttoned! 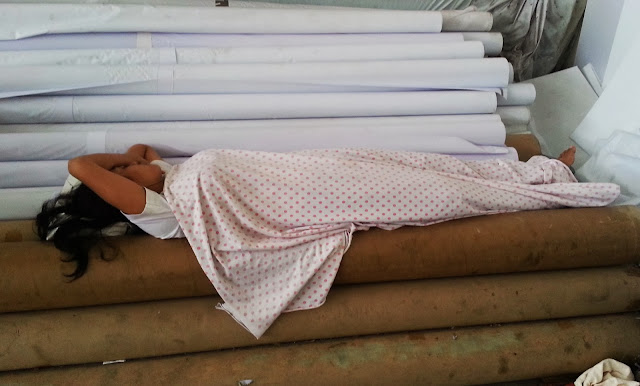 My present workplace is like a whore house with heads of departments back stabbing each other all the time. The foreign workers in their departments are always taking naps at every opportunity! 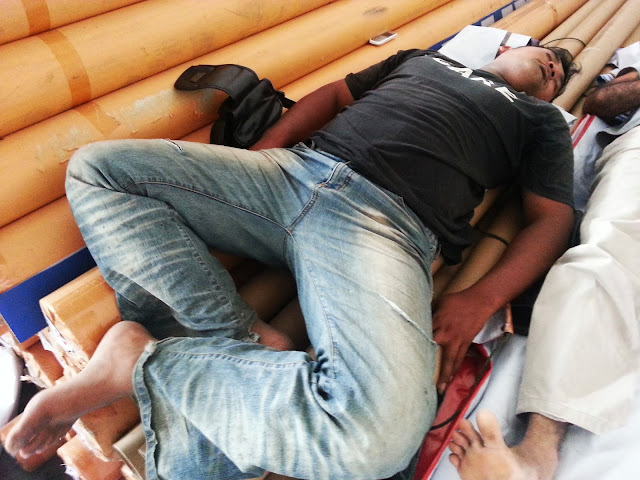 They sleep like dead zombies in full view of everyone so I might as well snap their photos and show the world too. Did I do anything wrong? Now their problems and bad attitudes have been brought to my attention as they failed to control the QC and staff performance. Who am I to blame?

The recent mistake they caused in Singapore was a last straw as it involved several millions of losses if I had not gone to the republic to troubleshoot and rectify the problem. I had to drive there immediately and the rush trip back was so stressful that my whole body heated up with thick phlegms clogged in my throat. Our whole organisation of less than a 100 workforce had a field day gossiping and pointing fingers at each other instead of thinking of preventive measures and solutions not to allow such problems to occur again. If you think you have best buddies in your office, think again or dream on! You can never trust anyone BUT yourself.

I was surprised to hear the director's wife telling me that the entire factory and construction divisions would shudder in fear when I am near them!! Whoa!! Do I sound like a Hungry Ferocious Tiger that could claw my victims any minute? I am not sure whether this is a compliment or not but my responsibility is to troubleshoot everything for my MD.

Words can be scary and lies could kill anyone too. I am always on fullest alert to gag their throats when I smell someone was trying to create problems by spraying out toxins to the bosses. I always remember the valuable advice given to me -