My First Taste Of Korea

It was in 1991 when I had my first real encounter with Koreans & their culture.
I was living at the boarding school at Point Park College in US. There were
many foreign students on my floor where the Japanese & Koreans out numbered
while I was the only Malaysian Chinese. The Koreans thought I was Japanese
because I shared room with a Japanese, so they kinda boycotted me.
We all became best friends eventually. 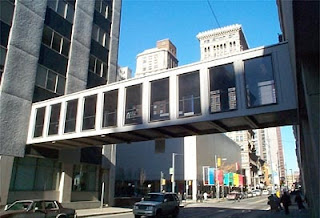 This college above has 2 tall buildings which is connected by a sky bridge.
I lived in Thayer Hall which was formerly a mental hospital as there is no elevator
stopping on the 6th floor of my dormitory. Rumor mongers reported that suicidal cases
took place and it had been very haunted ever since.
The one female ghost would walk through
many rooms nightly and crossed the bridge to the 22 storeys Lawrence Hall.
Once she woke my Korean friend up and stood beside Seung Woo's bed.
He was frozen and shook in fear as the ghost spoke to him
before giving up as he could not understand her gibberish talk.

On many nights, I would be invited by the Koreans to visit
Kook Jin's room at Room # 1920 Lawrence Hall for Korean supper!
That was my first meals to eat hot Korean Steamboat with Soju, Kim Chi
and Rice Cakes. It was Yums! 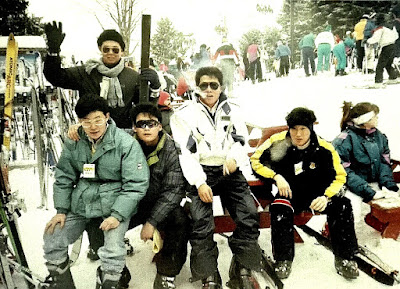 Yours truly standing above, went skiing for the first time
with them at the Seven Springs Resort in Pennsylvania.
My eyes went big with shock as the Koreans could
ski so fast down the slopes without sticks!!!!
They always took me out for bowling but we
always ended up in snow fights instead!! 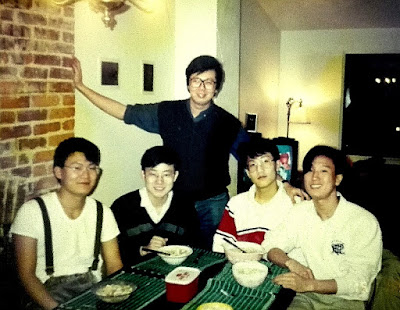 I moved out to live in a swanky suburbs at Shadyside and often played
hosts to cook and bake for my fellow Korean buddies!
Seated L to R: Park Yoo Seok, Lee Ho Shik, Lee Seung Woo
and Chang Kook Jin.
Standing: Me 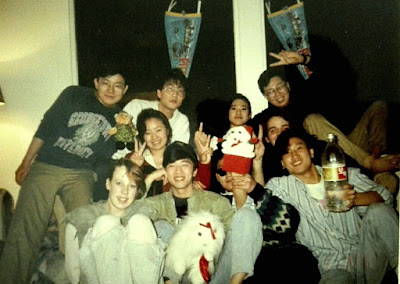 We had many wild parties of Soju booze and gambling almost every weekend!
Should I post all the wild photos later?
We all lost touch completely after I returned home.
Fate brought me to connect with Joon Sung after 20 years.
Click the link to see this Korean Flower Boy
who was pursued by Japanese Kawais at college.
The missing Korean drunkards reappeared somehow after a
big search all over Seoul and Busan.
Now we would talk daily in Kakao Talks!
Happy again!

It was heart warming to see how my drunkard buddy
has become a dotting daddy instead. 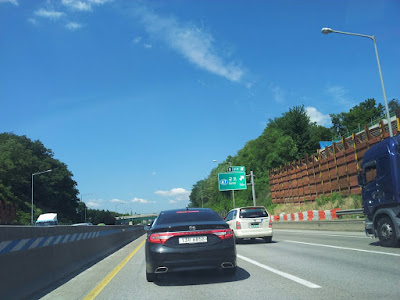 Last week, he drove his young son
somewhere outside Seoul.
They headed to Youngjong Island
to relax and have fun. 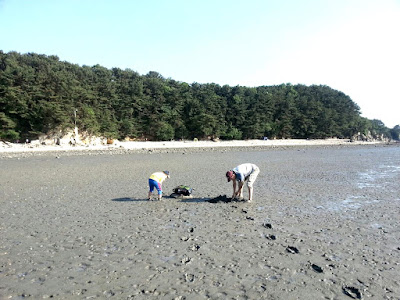 Here, the father and son were busy digging the mud
during low tides. What were they doing? 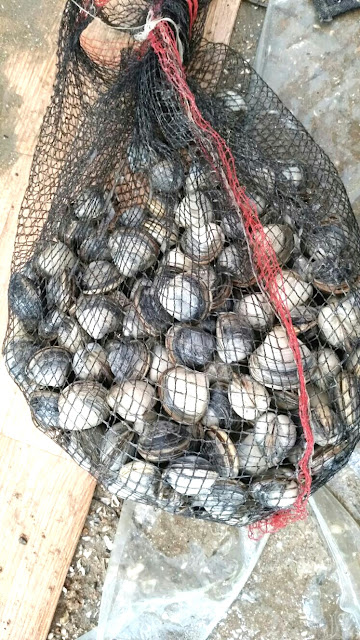 Oh My God!! They dug up so much clams.
The clams are fucking huge!!
That's for a week's free dinner. 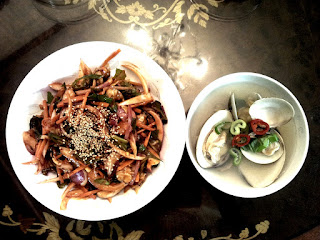 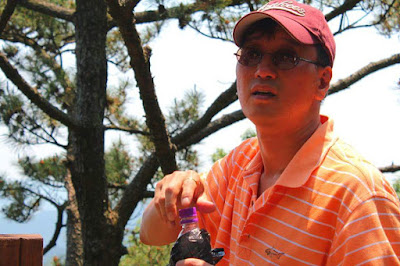 Meet the handsome friend Kook Jin who's a Computer Science graduate
from Indiana University of Pennsylvania. Now a dotting father,
Expert Chef and lives in Seoul.

I am looking forward to a reunion in Seoul** after my coming trips
to Tokyo and Mount Wutai in China.

**Subject to no MERS.